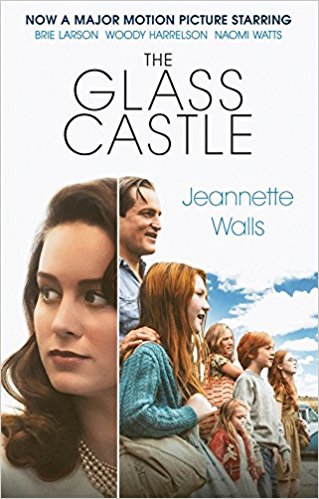 I came to this book after seeing the film of the same name. The film was unspeakably sad but nonetheless managed to gloss over much of the situation described in this book. Whereas the film gave an impression of a kind of quirky family who were a bit eccentric but not really harmful – the book gives a complex and mixed picture of a loving family and what ultimately can only be described as child abuse. It is well written but ultimately hopeless.

The main points I picked up on – with quotes from the Kindle edition.

Bad Parenting is a Disaster for Children

In my mind, Dad was perfect, although he did have what Mom called a little bit of a drinking situation. (p.27)

Brian went out and got some snow, and we packed it on Lori’s legs, which were dark pink. The next day she had blisters the length of her thighs. ‘Just remember,’ Mom said after examining the blisters, ‘what doesn’t kill you will make you stronger.’ ‘If that was true, I’d be Hercules by now,’ Lori said. (p.221)

Every night when Lori, Brian, and I were about to go to sleep, Dad told us bedtime stories. They were always about him. (p.70).

Mom, weirdly, was getting heavier. One evening when Dad was away and we had nothing to eat and we were all sitting around the living room trying not to think of food, Mom kept disappearing under the blanket on the sofa bed. At one point Brian looked over. ‘Are you chewing something?’ he asked. ‘My teeth hurt,’ Mom said, but she was getting all shifty-eyed, glancing around the room and avoiding our stares. ‘It’s my bad gums. I’m working my jaw to increase the circulation.’ Brian yanked the covers back. Lying on the mattress next to Mom was one of those huge family-sized Hershey chocolate bars, the shiny silver wrapper pulled back and torn away. She’d already eaten half of it. Mom started crying. ‘I can’t help it,’ she sobbed. ‘I’m a sugar addict, just like your father is an alcoholic.’ (p.210)

At this point the children were suffering because of hunger and cold. To which the mother responded:

‘We may not have insulation,’ Mom said as we all gathered around the stove, ‘but we have each other.’ (p.214)

A few days later, Mom came home. She seemed different, too. She had lived in a dorm on the university campus, without four kids to take care of, and she had loved it. She’d attended lectures and she’d painted. She’d read stacks of self-help books, and they had made her realize that she’d been living her life for other people. She intended to quit her teaching job and devote herself to her art. ‘It’s time I did something for myself,’ she said. ‘It’s time I started living my life for me.’ ‘Mom, you spent the whole summer renewing your certificate.’ ‘If I hadn’t done that, I never would have had this breakthrough. ’ ‘You can’t quit your job,’ I said. ‘We need the money.’ ‘Why do I always have to be the one who earns the money?’ Mom asked. ‘You have a job. You can earn money. Lori can earn money, too. I’ve got more important things to do.’   I thought Mom was having another tantrum. (p.293)

Different Cultures have Different ways of Discipline – in this case the kind of weird hippy/American working class.

Mom believed that children shouldn’t be burdened with a lot of rules and restrictions. Dad whipped us with his belt, but never out of anger, and only if we back-talked or disobeyed a direct order, which was rare. The only rule was that we had to come home when the streetlights went on. ‘And use your common sense,’ Mom said. (p.88)

She had the same philosophy about educating children that she had about rearing them. She thought rules and discipline held people back and felt that the best way to let children fulfil their potential was by providing freedom. She didn’t care if her students were late or didn’t do their homework. If they wanted to act out, that was fine with her, as long as they didn’t hurt anyone else. (p.89)

He and Brian and I went out on a serious Pervert Hunt. Our blood up, we searched the streets for hours, but we never did find the guy. I asked Mom and Dad if we should close the doors and windows when we went to sleep. They wouldn’t consider it. We needed the fresh air, they said, and it was essential that we refuse to surrender to fear. (p.125)

Mom and Dad liked to make a big point about never surrendering to fear or to prejudice or to the narrow-minded conformist sticks-in-the-mud who tried to tell everyone else what was proper. (p.126)

It never bothered Mom if people turned and stared at her, even in church. Although she thought nuns were killjoys and she didn’t follow all the Church’s rules word for word – she treated the Ten Commandments more like the Ten Suggestions – Mom considered herself a devout Catholic and took us to mass most Sundays. (p.126)

Church was particularly excruciating when Dad came along. Dad had been raised Baptist, but he didn’t like religion and didn’t believe in God. He believed in science and reason, he said, not superstition and voodoo. But Mom had refused to have children unless Dad agreed to raise them as Catholics and to attend church himself on holy days of obligation. (p135)

The preacher started talking in actual English, more or less. He spoke with a hillbilly accent so thick it was almost as hard to understand as the tongues. He asked all them good folk out there who’d been helped by this here channeling of the Lord’s spirit to send contributions. Dad came into the kitchen and listened. ‘It’s the sort of soul-curdling voodoo,’ he said, ‘that turned me into an atheist.’ (p168)

Parents Examples are Vital – Whether Good or Bad

Dad devised an ingenious way to come up with extra cash. He figured out that when you made a withdrawal from the drive-through window at the bank, it took a few minutes for the transaction to register in the computer. So he would open a bank account, and a week or so later, he would withdraw all the money from a teller inside the bank while Mom withdrew the same amount from the drive-through window. Lori said it sounded outright felonious, but Dad said all he was doing was outsmarting the fat-cat bank owners who shylocked the common man by charging usurious interest rates. (P.139)

When Dad went crazy, we all had our own ways of shutting down and closing off, and that was what we did that night. (p160)

When we all got home that afternoon, Mom and Dad were eager to hear about our first day. ‘It was good,’ I said. I didn’t want to tell Mom the truth. I was in no mood to hear one of her lectures about the power of positive thinking. (p.188)

‘Life’s too short to worry about what other people think,’ Mom said. ‘Anyway, they should accept us for who we are.’ (p.207)

Children Need to be Protected – especially from sexual and physical abuse

‘Mom, Stanley is behaving inappropriately,’ I said. ‘Oh, you’re probably imagining it,’ she said. ‘He groped me! And he’s wanking off!’ Mom cocked her head and looked concerned. ‘Poor Stanley,’ she said. ‘He’s so lonely.’ ‘But it was gross!’ Mom asked me if I was okay. I shrugged and nodded. ‘Well, there you go,’ she said. She said that sexual assault was a crime of perception. ‘If you don’t think you’re hurt, then you aren’t,’ she said. ‘So many women make such a big deal out of these things. But you’re stronger than that.’ She went back to her crossword puzzle. (p.239)

The other girls talked endlessly among themselves about who still had their cherry and how far they would let their boyfriend go. The world seemed divided into girls with boyfriends and girls without them. It was the distinction that mattered the most, practically the only one that did matter. But I knew that boys were dangerous. They’d say they loved you, but they were always after something. (p.260)

In a book like this there are lots of fascinating observations about human nature. What I found frustrating – and what made me weep – especially at the film that I found really traumatising, was that the whole situation was really hopeless. There was so much beauty and humanity – but it was all broken. Christ is the healer – the one who gives ‘shalom’(wholeness). But they never got near it.

At one point the father begins to rethink his hippy atheism –

If every action in the universe that we thought was random actually conformed to a rational pattern, Dad said, that implied the existence of a divine creator, and he was beginning to rethink his atheistic creed. ‘I’m not saying there’s a bearded old geezer named Yahweh up in the clouds deciding which football team is going to win the Super Bowl,’ Dad said. ‘But if the physics – the quantum physics – suggests that God exists, I’m more than willing to entertain the notion.’ (p.309)

I don’t think the parents would ever come near to seeking a Saviour until they saw their own need.  Maybe the father was bi-polar.  Maybe he was an alcoholic.  But does that excuse the way they treated their children?

‘That’s what I’m worried about,’ Mom said. ‘Look at the way you live. You’ve sold out. Next thing I know, you’ll become a Republican.’ She shook her head. ‘Where are the values I raised you with?’ (p320)…

Values? She let her children go hungry and cold, experience sexual abuse, be ridiculed and mocked. What values? At best they were a confused mixture of love, self-absorption and greed. When the children grew up they discovered that their poor parents actually owned $500,000 worth of property that they didn’t want to sell and get rid of.   I am sorry that in the film so much of this was romantised and excused. I suspect that the half was not told.

The title The Glass Castle refers to the father’s continual dreams and boasting of how he was going to build a marvellous glass house for his family. The nearest it ever came to fruition was a pit in front of their house which was used to put their garbage in. It is a suitable metaphor. We have our dreams – but rather than being fulfilled they end up being so much garbage.