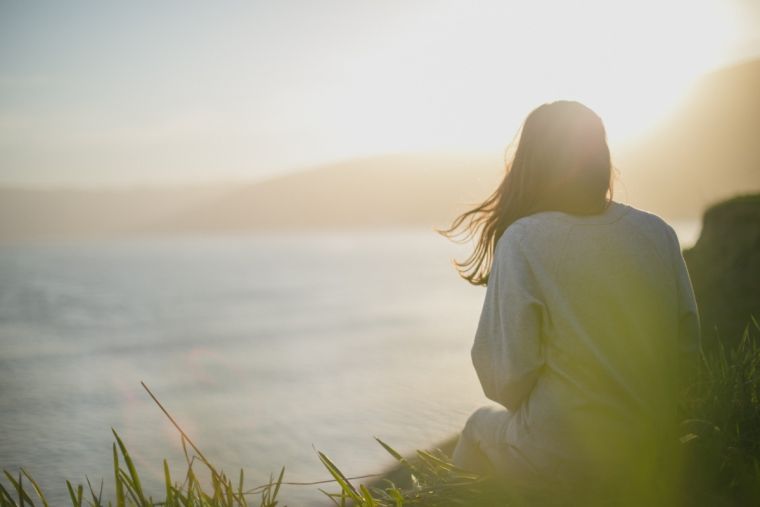 This weeks commentary on Ecclesiastes in Christian Today:

Last week we saw that the book of Ecclesiastes is the ‘Gospel’ book for today’s modern world. People are lonely, tired, weary and worn, and the universe itself seems to offer no meaning. Are we just left to construct our own?

This week we see how King Solomon began his search to find meaning. To be honest it didn’t go very well. He was the king. He had all the resources necessary and so he goes for education. He applied his mind to study and to explore by wisdom all that is done under the heavens.

Education is a great thing. But in our Western cultures we have largely forgotten what education is supposed to be about – the search for wisdom. Instead it has now become about the purchasing of degrees, training for jobs and social engineering. When I went to the University of Edinburgh as a 17 year old in 1979 to study History and Politics, I did so not to get a job, or a career or something to advance me in life. I did so because I wanted an education. I wanted to find out things. The fact that so many students I meet today find that motivation incomprehensible says a great deal to me about the dumbing down of our culture and the lack of appreciation of learning for its own sake.

The Need for Wisdom

We live in a culture where there is lots of information – but little understanding: what the Bible calls wisdom. This lack of wisdom is what results in a great deal of argument, irrationality, confirmation bias, fake news, virtue signalling and ignorant prejudice. A friend who has lectured in Singapore and Malaysia for many years, came back to the United Kingdom and described the culture shock he experienced. In Asia, he said, students come to you and want to learn what you know. In the West they come to you and want to tell you what they know! It’s little wonder that the West is being left behind.

The Quest for Meaning

Solomon points out his first observation. It is that human beings observe and what we observe in real life is not always pleasant. There is a heavy burden God has laid on men. We may live as secularists but the problems we face have been ordained by God. Mankind thinks and plans. We have been wired that way. We want to understand. The problem of life is for us all not just a hobby for philosophers. The quest of meaning is a quest for God and it is something that God has placed in our hearts. Look at how Paul addressed this desire and need in Athens (Acts 17). One commentator says: ‘The creator has instilled in every human being the desire to know the answers to life’s ultimate questions. Part of that which distinguishes humans from animals is the desire to know origin, destiny and purpose; to understand the why and how of all things. Even those who have no walk with the Lord feel this compulsion to discover the truth.’

Humans are frustrated – v14 – In that search for truth we end up being frustrated. We desire gain, satisfaction and a sense of progress but it just keeps eluding us. We end up chasing wind. We have an ambition for the unattainable. Isn’t that the ultimate frustration in life…the quest never seems to get there?

The Theory of Everything –

Stephen Hawking is portrayed in the film about his life as being motivated by the idea of obtaining the holy grail of science – the theory of everything. But it never happens and will never happen. There are twists and gaps in our thinking – v15. More than just our thinking. Our wisdom may help in many things but it cannot solve the fundamental problem of life.

Today we may know a lot more. But are we happier? Have we progressed? Are we wiser? Lets be brutally honest – most of us cannot face the truth. ‘With much wisdom comes much sorrow; the more knowledge, the more grief.’ Is it not the case that the more we really understand, the more we ache? Is that not why people escape into the fantasy world of films, dramas, drink and drugs, celebrity gossip and computer games? When we begin to grasp the scope of our own ignorance and impotence, the uncontrollable power of nature and of the great evils within our society, which seem impossible to fix; then like Solomon we begin to suspect that ignorance is bliss. We would rather be in the Matrix and not take the pill that gives us the knowledge that it is not real!

Are we just doomed to be prisoners of our own genes? Cultures? Circumstances? Will Google replace human memory? Facebook replace real friendships? Or algorithmic adverts replace wisdom? Should education just consist of an endless series of ‘how to’ books and lectures? Going into some Christian bookshops or listening to some Christian sermons, which are little more than religious ‘how to’ pep talks, you would think that this is the message the Church has as well. But it isn’t. Or shouldn’t be. We know that the fear of the Lord is the beginning of wisdom. We know that all truth is God’s truth. We know that the Christian is someone whose mind is being renewed daily. We know that in Christ are hidden ‘all the treasures of wisdom and knowledge’ (Colossians 2:3). Armed with that knowledge we are to seek, learn, meditate and become wise.

Christians should realise how counter cultural this is – and how wonderful. Let’s cease the dumbing down of the Church – you don’t reach a dumbed down culture by creating a dumbed down church. Let’s stop following the marketing and ‘knowledge’ ways of this world. Instead let’s return to the ancient paths of wisdom and seek the Lord whilst he may be found. We can chase the wind – or we can build on the Rock!

Perhaps a suitable motto for every school and University and church would be these words from Hosea 14:9.

Who is wise? Let them realize these things. Who is discerning? Let them understand. The ways of the LORD are right; the righteous walk in them, but the rebellious stumble in them.

Nothing new under the sun: Ecclesiastes is the gospel for today’s society