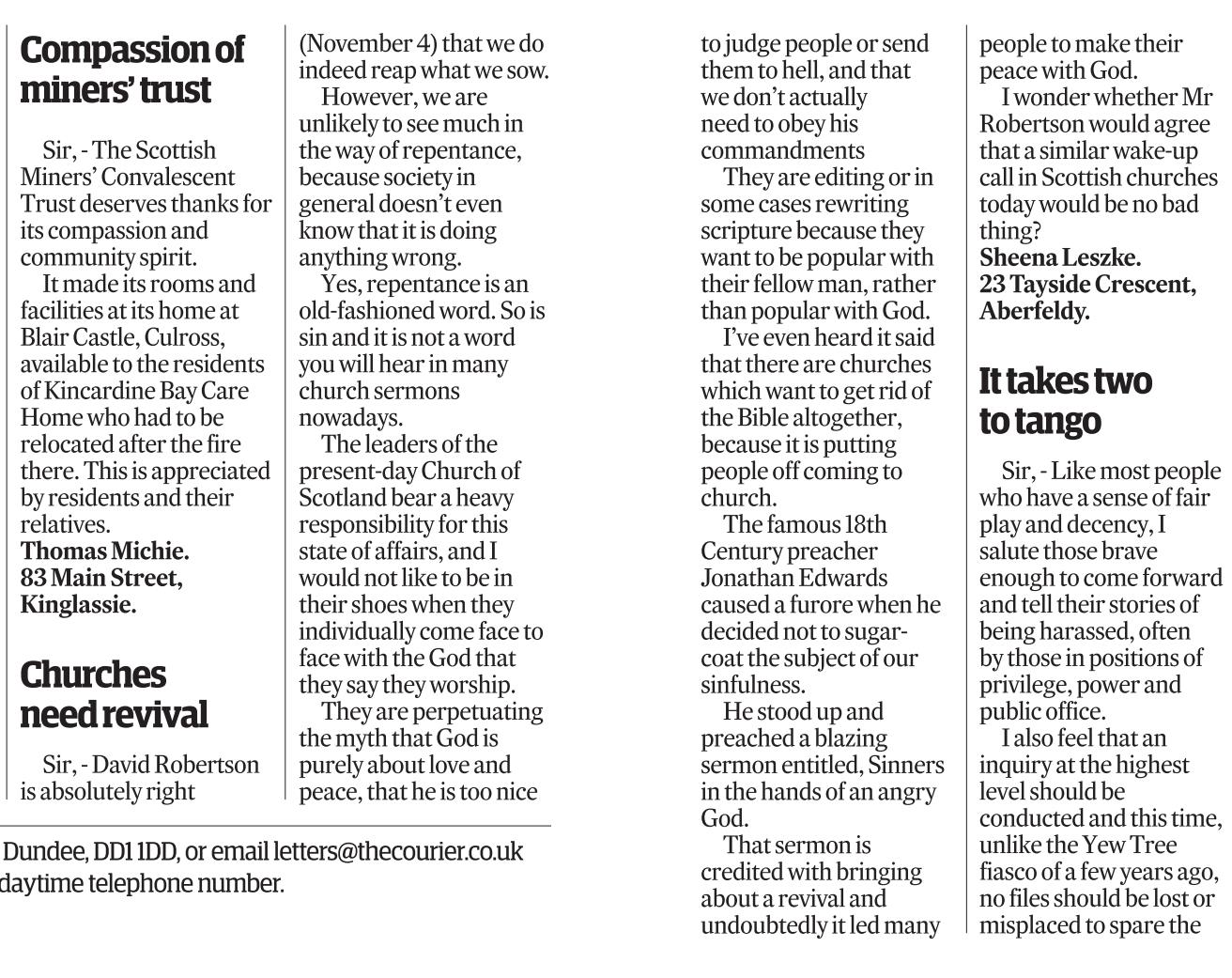 The following is an example from this week – I letter I had published in the Courier.

Society reaping what it sows

Sir, – The collective moral panic that is now gripping the chattering classes is becoming ever more shrill and irrational. Alex Bell (Thursday’s Courier) tells us that all men in all trades and professions are the problem. While this sounds very humble, it is just simply not true.

It is not the case that it is all men who are to blame, nor is the abuse of sex and power reserved just to men – although the majority is. In the past year in England and Wales, there were 31,886 sexual assaults of women and 4,635 of men. Women can be as guilty of men in terms of using power to abuse.

In the simplistic narrative which says that it’s just a male problem, there is a danger that we miss the elephant in the room. We reap what we sow.

When our society desacralised sex – removed it from any connection with marriage, family and children – and thought that we could have what we want, when we want, without consequences, what did we expect would happen? Did no one foresee the increase in sexually transmitted diseases, the broken homes and the sexual abuse of power?

The idea that by just passing laws or making pompous, virtue-signalling, self-righteous comments we will solve this problem is a dangerous and delusional fantasy.

When will we wake up to the fact that if we have rejected the roots of Christianity on which our society was founded, we cannot long expect to retain the fruits? Repentance is an old-fashioned word but it’s a concept and practice that is sorely needed in modern Britain.

This is one of the reactions it got: