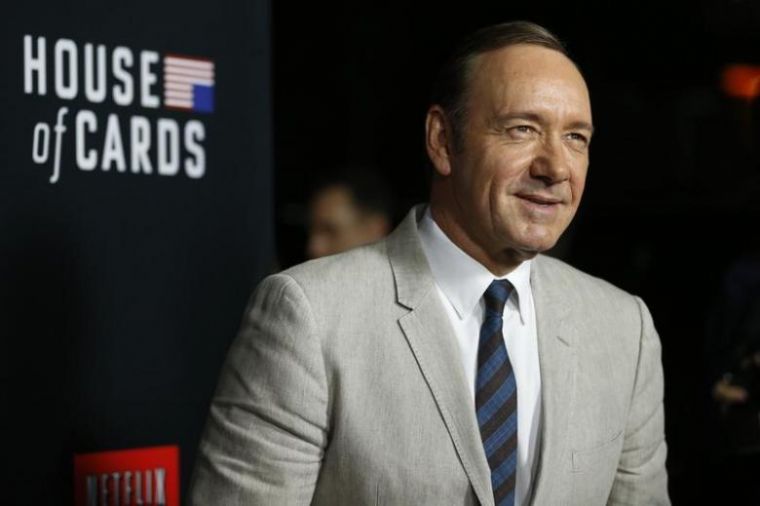 This article was first published in Christian Today

The Western media and politicians are now in full-scale moral panic mode. After Harvey Weinstein we have the absolutely shocking revelation that there are other people in positions of power who have abused that power. Whether it’s in the celebrity bubble of Hollywood or the political bubble of parliament – it appears that everyone now has a story of being molested and abused. For some the church has become so tainted with abuse that the words paedophile and priest are seen as synonymous.

Some have referred to this as being a kind of collective moral hysteria or the resurgence of a new politically correct puritanism. You think this should delight those of us who are good old-fashioned puritans – you know, the kind who think that all human beings are made in the image of God and should be treated with respect.

The actor Kevin Spacey, who has starred in House of CardsReuters

Us old-style puritans have this rather quaint idea that sex is special, even sacred, and should not be indulged in as some kind of recreational sport. We think that those in positions of power should use that power to serve others and not to exploit the weak for financial or personal gain. We have this rather crazy idea that its not a good idea to sell your body in order to advance your career, or to misuse and abuse other’s bodies just because you get a kick out of it, and you can. And we know that what is done in secret will one day be exposed –not by the media, but when we stand before the Omniscient Lord on the Day of Judgement and the books are opened. So you would think that we would be welcoming this apparent outbreak of personal purity.

The Stench of Hypocrisy

In reality it is somewhat depressing and even sickening – not least because many of those who are leading the witch-hunts are possibly themselves the witches. The stench of hypocrisy fills the airwaves. Harvey Weinstein for example marched against Donald Trump’s attitude towards women, Jimmy Saville campaigned for children’s charities, and Hollywood celebrities lauded Roman Polanski whilst knowing that he was guilty of child rape.  Netflix have stopped production on House of Cards because of Spacey’s alleged misuse of power for sexual ends.  House of Cards is a programme that glorifies and celebrates such abuse (its why I stopped watching it!). ‘You, then, who teach others, do you not teach yourself?’ (Romans 2:21). As regards church hypocrisy it is surely evident to anyone who follow the Christ who told us to care for, love and protest the little ones, that those who misuse the Bible in order to obtain and abuse power, are worthy of the lowest pit in hell. The second lowest must be for those in authority in the church who seek to cover that up. The notion that the name of Christ or his beautiful word can be used to corrupt the humanity that he created is about as blasphemous as it can get.

Returning to the wider society, it’s not so much the individual hypocrisy that concerns me as the collective hypocrisy being displayed by an elite that cannot seem to grasp the basic biblical and common sense principle – what you sow, you reap.

When we desacralised sex, removed it from any connection with marriage, family and children, and thought that we could have what we want, when we want, without consequences – what did we expect would happen? Did no-one other than Mary Whitehouse foresee the increase in sexually transmitted diseases, the broken homes and the sexual abuse of power? When Gary Glitter sang to screaming teenage girls ‘do you want to touch me?’ what did we think he was referring to? Rod Liddle in his latest book, Selfish Whining Monkeys, calls the music of my teenage years a ‘mass grooming exercise’. Does he have a point?

Our society is in mass denial; refusing to face up to the mess that we’ve made of the world that He created. This is not just about feminism and male power (although it is that). Its about the abuse of power by human beings, males and females, whether heterosexual or homosexual. It’s astonishing that people actually seem to believe, or want to believe that women cannot be guilty of the abuse of power. It’s astonishing that the fury against Kevin Spacey is not so much because he is alleged to have abused a 14 year old boy, but because he came out as gay. It is surely right to talk about when powerful men use sex as a weapon. It is also right to talk about when powerful women use sex as a weapon. As it is for heterosexuals and homosexuals.

I think of the college lecturer who told a colleague who had found her ‘making out’ with a student ‘you say anything and I’ll accuse you of homophobia’ – end of career. Or the student who had been raped by a businessman and was told by the police that ‘gay rape’ was almost impossible to prove. Or the female student who was date-raped by a man and again told that it was almost impossible to prove. Its not just wannabe film stars who are given the impression that career advancement is dependent on who you sleep with. Politics, business and education have the same problem. Sexual abuse is endemic in our culture. To limit it to one issue or one group of people is to trivialise and refuse to deal with the problem.

If we were prepared to face up to reality we would see that this is what happens when you don’t take into account human sinfulness and believe, despite all the evidence, that human beings are basically good. It’s what happens when you exchange the wonderful gift of God-given sex for the perversion that the devil sells. This is about society’s hubris in thinking we can get rid of the roots and somehow retain the fruits. And it’s about the abuse of power by the powerful. Elitist bourgeois morality is the new absolutist ethic for our culture and, surprise, surprise, it is designed for the benefit of the elites who make the rules. They don’t pay the price. The poor do. Disproportionately.

The Christian answer is not to preach a perceived Victorian morality. It is to preach the Good news. Humanity is broken. We are broken. Human beings need to be redeemed from the abuse of power and the effects of the perversion of the good gifts that God has given us. That is why Christ came. To the poor. To the prostitutes. Even to the powerful. Our society has a choice – we can indulge in the handwringing, moralising, remorse blame game, say ‘never again’ and then repeat the same process in a couple of years. Or we can repent and seek reformation and renewal. Will anyone in power dare to say that? Or would that be the ultimate blasphemy against the Holy State?

Weinstein, a French Brexit Cantata and the continued march of progressive ideology | Quantum 114