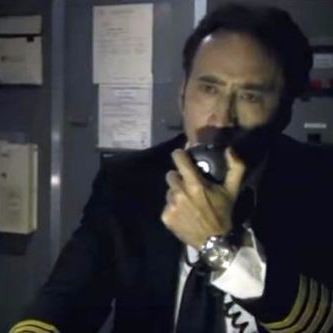 This article first appeared in Christian Today: Revelation 20: Who are the real millennials?

The Bible teaches that just as Christ ascended into heaven so he will return – not this time as a baby in a manger but as the King to judge the whole earth. Revelation 20 speaks of the ‘millennium’, the 1,000-year reign of Christ. There are three basic understandings of that (along with numerous variations); Post-millennialism, Pre-millennialism and A-millennialism.

Post-millennialists believe that the Gospel age began with Pentecost and will end when Christ returns, but before he does there will be a great period (not necessarily a literal 1,000 years) in which there will be Gospel prosperity, the Jews will be converted and many come into the Kingdom.

A-millennialists believe that the millennium began with Pentecost and that there will be no special end-time blessing.

Pre-millennialists believe that Christ will return and then establish his 1,000-year reign. It is from this latter group that we get a lot of millennial thinking in the Christian Church associated with strong support for the nation state of Israel (the emergence of Israel in 1948 and the occupation of Jerusalem in 1967 is seen as a fulfilment of prophecy). The emergence of the Christian Brethren founded by JN Darby towards the end of the 19th century, and the Scofield Reference Bible, both had an enormous impact, especially in the US.

End-times theology remains incredibly influential (and lucrative). I grew up in that tradition and can testify that the imagery of the Rapture (when Christ returns and takes Christians up to heaven, leaving the rest of the world to get on with it) is very powerful. However I have since come to see that dispensational pre-millennialism is a 19th century creation and is only one interpretation of the Bible, which is by no means clear on this. The literal and physical are not the same as the literal and figurative.

Whatever one’s view of the millennium (and personally I think as a Christian you could hold any one of the three – the one thing we can all agree on is that Christ is returning as both judge and saviour), it is surely not right to read the USA and the UK into the Bible, when they are not there. However, this field does allow for all kinds of weird and wonderful speculations and all manner of eccentricities. At best they are harmless, at worst they can fuel fantasies that could do a great deal of harm.

The doctor who told me that the British are the lost tribe of Israel (a rather bizarre heresy known as British Israelitism) is not quite on a par with those who think that Armageddon is coming, so it won’t do any harm to speed it up. Poor theology in the hands of twisted minds is always a dangerous combination.

The book of Revelation, including chapter 20, is not a divine blueprint of what is happening in the world today. It is describing in poetic and apocalyptic language the struggle between good and evil, Christ and the devil, the Church and the Beast. Revelation 20 assures the Church that even though the devil at times may be on a long leash, he is still on a leash. It is a chapter about the kingdom of God coming.

The thing that most astounds me about this chapter is that people sometimes can’t see the wood for the trees. They become obsessed with millennial speculations and miss out on the dreadful and awesome end message – that there will come a final judgment, which results in the devil, all his angels and all whose names are not found written in the book of life, being thrown into ‘the lake of fire’. This is what is called ‘the second death’. But look at the wonderful promise in verse 6 – the second death has no power over the people of God, because they have experienced the second birth, through sharing in the first resurrection – that of Christ.

While there are Christians who become obsessed (sometimes to the point of being dangerous) with the weirder aspects of millennial theology, there are those who run the opposite danger of not believing in the millennium at all – or indeed any aspect of Revelation 20. There is no judgment. No hell. And no heaven except in the most ethereal Elton John style. But the two resurrections, the two births, the two deaths and the opening of the books are at the very heart of the Christian faith and the coming of Christ’s kingdom.

Let’s not have such short-sighted vision that our major concern is the difference between pre-trib rapture and post-trib rapture; or such long-sighted that we see nothing real in Revelation 20 for us today. And let’s learn the lessons that the dead are judged according to what they have done (verse12); that the second death has no power over those who have experienced the second birth (verse 6); and let’s pray that all our names will be found in the one book that really matters, the book of life. Then we will be the real millenials in the ultimate millennium.