Because I hope to be on a break when this goes out I thought I would ‘schedule’ a wee bit different ‘LED’…. this week we are going to look at some of the major issues facing the church rather than the culture.

I have some good friends in the SEC who are really hurting over this foolish and unbiblical decision.   The ‘sanctions’ being proposed by the wider Anglican Communion are weak, ineffective and merely administrative. The Anglican Church is officially distancing itself from biblical and historic Christianity. Those who snidely remark, ‘what do you expect? It’s the Anglicans?’ are wrong. Anglicanism in this country has often been a great blessing – and in other countries continues to be so. Which is why it is so sad to see how the Mighty have fallen. Please pray for those who are faithful Christians within the Anglican Church in Scotland – as they seek to stand for the truth of God’s Word and the honour, glory and love of Christ.

I loved this quote from the Archbishop of Uganda…

“Archbishop “The British sent missionaries to Africa in the 19th Century telling us to trust the Bible as the Word of God, now they are telling us not to”

An Important Vote – The SEC on SSM

Speaking of weak and ineffective, it was so disappointing to hear Justin Welby, who to 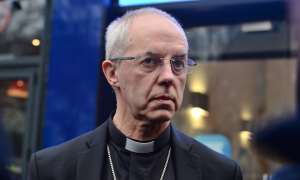 my mind comes across as a good man, being so weak and evasive when he was asked the shibboleth question ‘is gay sex sin?’ by Alaister Campbell. I know that this is a difficult question to answer, because of the accusatory pre-suppositions behind it, but nonetheless it was still disappointing to hear his response – https://www.theguardian.com/uk-news/2017/oct/02/justin-welby-unable-to-give-straight-answer-on-whether-gay-sex-is-sinful

I sentCampbell a copy of how to answer that question.  Is Gay Sex a Sin? His response was revealing – “mmm. Not sure many interviewers give you the time. I thought JW was honestly giving his complicated opinion”.   We don’t need ‘complicated’ opinions from a church leader. We need straightforward biblical answers – even (especially?) if they go against the cultural zeitgeist.

Peter Hitchens is brilliant. A great communicator, a sharp mind and superb analysis of society. I love listening to him and reading him. He is also a darling for American

religious conservatives. Apart from the accent, they love the plain speaking and the outrage and the traditionalism.   But he doesn’t always get it right – especially when it comes to the heart of Christianity. Take for example this recent Hitchens tweet –

“Category error, Religion, whether it be Atheism, Christianity or Islam, is about beliefs, not facts”.

This is self-evident nonsense – or at least for anyone who professes to follow the Christ of the Bible. If it is not a fact that Christ is risen from the dead, as Paul argues in 1 Corinthians 15, then we are ‘of all people to be pitied’. Having belief or ‘faith’ in something without facts is absurd.   If he meant we cannot know all the facts, or that reason is not the only thing we use or need, then he would have been right – but the statement as it stands is just illogical and wrong. Little wonder that my old sparring partner, Scott McKenna, ‘liked’ it!

Speaking of nonsense – this came as a counter to the Nashville Statement from Nadia Bolz-Weber’s House for All Sinners and Saints.

“Christians are living in a beautiful, liberating, unholy period of historic transition where culture has embarked upon a massive revision of what it means to be a human being by expanding the limits and definitions previously imposed by fundamentalist Christians.”

Weakness, wetness and factlessness are bad enough. But this goes a step lower towards the pit.   Rather than Christ being the head of the Church and him teaching us through his Word, now we have the church being urged to follow the culture. The culture is now the salt and light of the church rather than vice versa. If the salts loses its savour then it is only fit to be thrown into the fire!

One thing that our ‘establishment’ Christians share in common is the view that they are there as the religious arm of the State. This is why they go along with whatever the state doctrine happens to be (whilst pontificating about being ‘radical’, ‘helping the poor’ etc.).   Of course the quid pro quo of this is that the State gets to tell the church what its doctrine should be. Wilton Park is part of the United Kingdom Foreign and Commonwealth Office and this year offered these guidelines – demanding that Queer theology be taught in seminaries.

given up on prophetic ministry and instead just settled for the pathetic, then why not go further? Why don’t we just automate the clergy? This story about robot Buddhist priests in Japan might be the way forward….

“Robot priests are the modern way to conduct funerals” – Michio Inamura of Nissei Eco CO. Ltd. told a press conference at the Life Ending industry Expo in Tokyo. “And can fulfill religious duties that are increasingly neglected in society. A traditional Japanese funeral costs in excess of £20,000, with human body sprays charging almost £1700 each to chant the necessary sutras and carry out other funeral rites. Whereas Pepper the robot, dressed in Buddhist robes, can chant in a computerised voice, bang a drum, fulfill the other duties, and even live stream the funeral to mourners who cannot attend, all for a fraction of that cost.”   (Private Eye)

It was recently reported in the Christian press that Christy Wimber, the lead pastor of Yorba Linda Vineyard in California, was closing the church because God had told her to. “Your assignment here is done’. And the church was closed.     She has now shifted to

training church planters.  This is another indication of where the Western church has become so anaemic and pathetic…I don’t know Christy and cannot comment on her personally, but I do know this – the church is not hers. The church belongs to Jesus Christ and his purpose is to build his church, not close it down when the pastor wants to move on and have a change of career. Christ will build his church and the gates of hell will not prevail against it. Maybe those of us who describe ourselves as church leaders, need to realise that we are at best just servants….. It is his church. He is the head. His Word is the standard and authority. His Spirit gives the power. And we have the sheer joy and pleasure of sharing in that.   That’s why we don’t leave his Word. That’s why we don’t just rely on our feelings. That’s why we don’t back down.

I leave you with one of my theme tunes…from the late great Mr Petty.  You can stand me up at the gates of Hell, but I won’t back down!