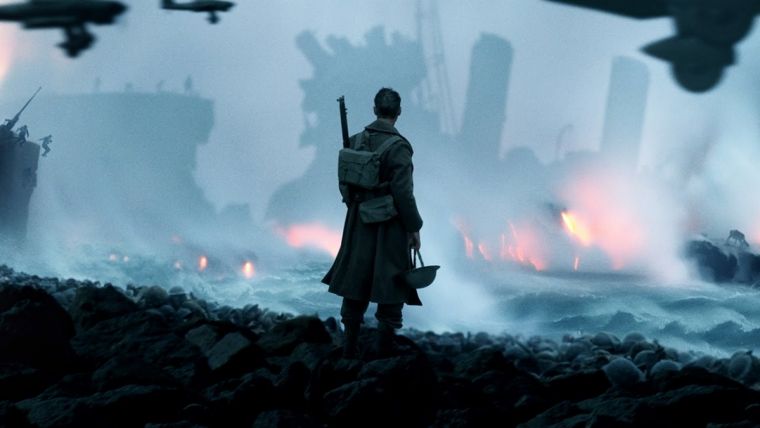 This is going to be the most written about film of the year.  I don’t want to do a full review basically because another Christian beat me too it and put it better than I could.  Read Martin Saunders spot on review – Dunkirk – A Magnificent Light in our Darkness

Christopher Nolan is a film genius and the fact that he manages to make this so realistic, without using CGI  is a testimony to his skill. The cinematography is wonderful.   The lack of CGI  means that thousands of ships and hundreds of thousands of men seem somewhat reduced to dozens and hundreds – but given that the story is told from the perspectives of three different small groups – that doesn’t really matter.  In fact in my view it enhances the whole film.  Some people don’t like the three different perspectives – I loved it and think that it greatly enhances the experience.

It is a relatively short film with a very limited plot and no time for character backstories but it is an intense and riveting a film as I have ever seen.  Annabel doesn’t normally like war films – especially the gung ho shoot-’em up types, but she was riveted by this. It reminded her of her father who was in the merchant navy during the war.  That by the way is one of the great things about this film – it reminds of the reality of what happened.

Nolan being interviewed by Time explained what he is trying to do:

Not everyone agrees.  There has been some nit-picking already – suggestions that there is not enough violence, not enough emotion and that it glorifies war.   There is more than enough violence for me, and the intensity requires emotion.  As for glorifying war – if you think this glorifies war I think you must have a sick mind.  I walked out of the cinema praying that we never have to do something like that again.

The film does indicate a great deal about British society and where we have come from.  Some of the reactions to the film indicate how far we have fallen – since the days that we stood with our allies against Nazism.   Some of the reviews I’ve read show the level of irrationality and PC sickness that has infected the collective mind of the West.  From America I read complaints that there were not enough African-Americans and women in the film.  That is, my dear liberal American friends because it is a film about what happened – not a PC message to be passed on to the plebes through lying about history.  To the right-wing ideologues;  I’m sorry that Brad Pitt wasn’t in the film saving the limeys from their own stupidity as body parts fly all around.  To the left-wing ideologues; I guess you think Oprah should have been playing a Transgender pilot offering counselling sessions on the beach before rescuing everyone.   I don’t wish to act as a spoiler – but that s not how it pans out – because that is not how it panned out in history. Maybe take some time to read some history before you demand it be rewritten to suit your political agenda?!

On this side of the pond we have had some really sad reviews as well.  I have no problem with people who don’t actually like the film – but the worst I have read comes from someone who calls himself Grouse Beater  Basically its a bitter, spiteful anti-English rant claiming that the film is a pro-Brexit attack on Johnny Foreigner.  Yes seriously.  Sometimes ones own countrymen can really embarrass – is he really trying to earn us the title ‘whingeing Jocks’?  Because its such a whinge.  Dunkirk is not pro or anti_Brexit.  It’s a film about human survival, history and the horror of war.  Sometimes the Progressive Left need to try not to see everything through their own current political obsessions.

The French have complained that their part was not acknowledged (they held of the Germans for a couple of days which helped the troops to escape – along with 120,000 French troops) – but note again this was not a propaganda film, or a film glorifying war and because Nolan did not use CGI having battle scenes with the French and Germans would not have made sense.

But let me not finish on such a sour note.  I’ll leave the post-truth ideologues to their own wee safe space.  For the rest of you please go and see this film.  It’s not a safe space but it is something that will provoke, challenge, depress and encourage you.  This is a film that has to be experienced in the cinema, because of the cinematography and Hans Zimmer superb score.  Don’t miss it:

PS.  After writing this I realised that I, and the film, had missed out something – the fact that there was a national day of prayer in Britain.  Maybe this had something to do with ‘the miracle of Dunkirk”.  Time to Call a National Day of Prayer

The Silence – A Review