I had originally entitled it ‘The End of Liberal Britain?’ but I prefer the Premier title!

The prophecy was quickly fulfilled! On the 26th of April I blogged here on Premier Christianity that Tim Farron’s apparent U-turn on gay sex would not prevent continual attacks on him and his faith and that it would not help the Lib Dems because it would make them look illiberal. It didn’t take long.

There will be much written about Farron’s extraordinary resignation, but I would like to stress the major lessons we can learn from this, because it’s a message that I have been trying to proclaim to a largely deaf Church for the past 30 years.

Farron’s statement, the treatment of Russell Vought by Bernie Sanders this week and the mockery and abuse of the DUP are all evidence of a disturbing trend within contemporary society – the deliberate attempt to exclude biblical Christians (and anyone else who disagrees with the current liberal zeitgeist) from the public square.

Its Been a Long Time Coming

Many years ago I experienced this coming. In 1982 I was pursuing a political career, as a Social Democrat (eventually to be merged with the Liberals to form the Lib-Dems) and was the favourite to be elected as the Senior President of Edinburgh University Students Association, when I was suddenly faced with the religious litmus test that now seems to be required for politicians in the UK and as we shall see increasingly in the US. There was the mocking comment from the editor of The Student newspaper – “when did God ask David Robertson to stand?” followed by the hatchet job in the editorial guide to the Student election, accusing me of being a homophobe. Election over.

I saw then what is happening today. Christians are being systematically excluded from the public political sphere by a kind of secular inquisition, using shibboleth issues like same sex marriage, aided and abetted by an ignorant and prejudiced media.

Take another example from across the pond. Bernie Sanders’ extraordinary interviewing/interrogating of Russell Vought.

Sanders questioned Vought’s evangelical theology – “You think your statement that you put into that publication, ‘they do not know God because they rejected Jesus Christ, His Son, and they stand condemned’ – do you think that’s respectful of other religions?” What Sanders was doing was applying a religious test to a candidate for political office – despite the fact it is actually illegal to do so within the USA.

Britain Ushers in the Bigots

The DUP are currently in negotiations with the Conservative party about forming a government in the UK. And the Twitterati and much of the secular media have gone berserk. Not about the fact that the DUP want to preserve the triple lock on

pensions, or keep the Northern Irish border open. No, what really upsets them is that the DUP doesn’tsupport same sex marriage or abortion. This is apparently enough to send the media and political elites into a hysterical fit whereby they equate being against same sex marriage as only one step away from ISIS and the Taliban! Cue headlines such as the HuffPost’s ‘Britain Ushers in the Bigots’!

Not so liberal after all

Farron’s resignation statement is so important because he names the elephant in the room. He did not just go quietly into the night. He said that he was resigning because he could not reconcile his Christian faith with the demands that were being made of him as a political leader. It is vital to remember who is saying this. It is a politician who (in my view wrongly) has said that he is in favour of same sex marriage and believes in a woman’s right to choose. But even when he said those things he continued to be hounded, because the illiberal thought police didn’t really believe him. The policies he supported wasn’t enough. They want to know what he thought.

The irony is the Liberal party are being illiberal. The old Liberal party (like the Labour party) used to be proud of its Christian foundations – now it can’t get rid of them fast enough. Conscience, free speech and human rights (except as defined by the ‘social progressives’) have been pushed aside and replaced with a fundamentalist secular ‘religion’ that will brook no opposition and permit no dissension. I know many politicians, and I know of Christians in all parties who have been forced from office, or prevented from being in office, because of their faith. This is not accidental.

Kicking a Man When he’s Down

As soon as Farron announced his resignation the mockers and naysayers got to work. John Rentoul writing in the Independent could hardly contain his joy that another Christian had bitten the dust “The rest of the UK is, fortunately, putting such intolerance behind it.” The cruelty and mockery was evident. First they hounded him, and then when he gives them what they want, they accuse him of crying wolf and being a wimp! One completely gave the game away when they stated “he should just have kept quiet and kept his faith to himself”. There is to be no room for Christianity in British public life.

What if we’ve brought this upon ourselves?

In my first article I stated that Tim Farron had let the Church down. But maybe it is the other way round? We have let him down. The primary reason that all of this is happening is because of the Church.  There is a sense in which we have brought this on ourselves.

The Deaf and Blind Church

Firstly we have refused to open our eyes and ears, and heed the warning signs. Operating in supposedly Christian Britain we just assumed that we would be able to quietly carry on as before – even if society was becoming increasingly secular. We didn’t see or accept that secular atheism is not neutral and would, once in power, do whatever it could to exclude any of its opponents.

Secondly we have been plagued by the secularization of the Church, whereby the same process that has been poisoning our society has also infected the Church. Much of the Church is no longer ‘the pillar and foundation of the truth’, nor the body of Jesus Christ following his teachings, but the spiritual prostitute craving after the idols and thought patterns of this world.

when it comes to discrimination against #LGBT people. Time for change!” Arguing that those who are opposed to same sex marriage because they follow the teaching of Christ that marriage is between a man and a woman; are guilty of discrimination is both illogical and a cheap jibe. What is really being said is that if we don’t accept the standards of this world we are guilty.

There is a familiar pattern that is repeated here. First we are told we must permit something in the name of inclusion because it is the loving thing to do. Then we are told that if we not accept that same thing we are to be excluded!

And there are Christians who just don’t see the seriousness of the problem. We seem more concerned about church order than faithfulness to the scriptures. Last week the Scottish Episcopal Church voted to change the Anglican canon law on marriage in order to allow same sex marriage. Several churches refused to go along with this and stated their intention to place themselves under a GAFCON missionary bishop. Archbishop Welby was reported to be angry at this and let his displeasure be known. But where was the displeasure and anger at the Church going against explicit Anglican, and more importantly, biblical teaching?  An Important Vote – The SEC on SSM

There are those in the Church who overreact the other way. For them everything becomes about issues of sexuality and faithfulness to the scriptures on that one issue. The result is often distortion, ugliness and perversion of the Gospel – all done with the intention of preventing that very perversion.

What we need are churches and Christians who while not being afraid to stand for biblical truth on every issue, and especially those issues where the culture is attacking and deconstructing; are also churches that are not sidetracked by cultural issues but instead remain focused and centred on Christ and his good news.

Tim Farron has done us all a big favour.

His warm, clear and impassioned plea for religious tolerance is what needs to be said – and acted upon. His example of giving up his role as leader of the party when faced with

the choice of his Christian faith or his political career is shining: “I joined our party when I was 16, it is in my blood, I love our history, our people, I thoroughly love my party.  Imagine how proud I am to lead this party.  And then imagine what would lead me to voluntarily relinquish that honour. In the words of Isaac Watts it would have to be something ‘so amazing, so divine, (it) demands my heart, my life, my all’.”

We need Christians who will get their hands dirty and get involved in politics (we really don’t need the opposite – politicians who get involved with and seek to use Christianity for political ends). We need Christians who will be faithful – even to the point of committing political suicide. The love of Christ demands our heart, our life, our all.  And we need a Church which, instead of turning itself inside out in order to fit the culture, seeks to turn the world upside down.

Footnote:   I got a phone call from the BBC asking me to appear on the Kaye Adams show to talk about Tim Farron and the intolerance shown to Christians in politics.  I don’t know if the programme went ahead but because I am in Australia and the BBC Skype was not working they decided not to go ahead.  But in the providence of God, guess what I am here to speak on at the Onward Conference in Sydney next weekend? 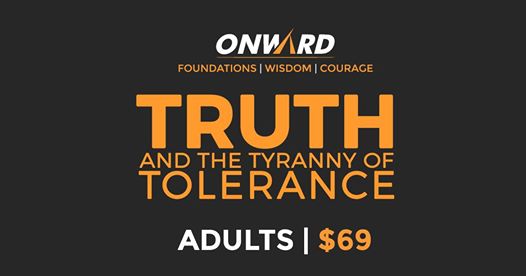