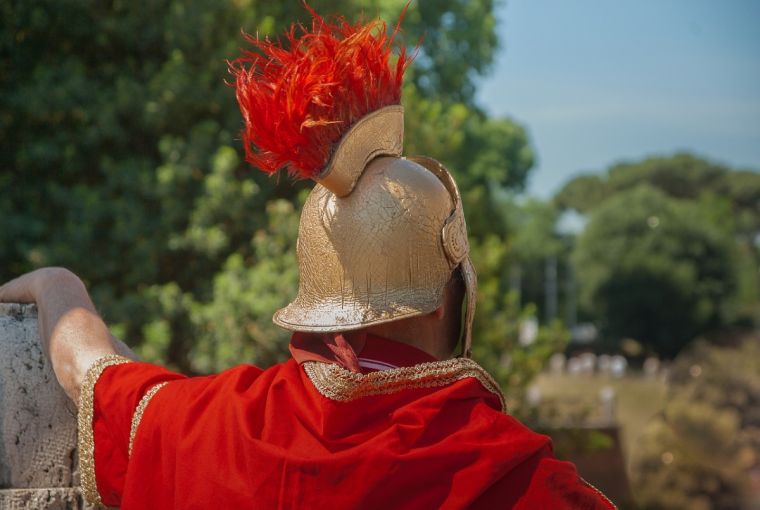 This weeks article on Revelation 17 in Christian Today

Let’s do some basic preacher training. Christians have a beautiful message, full of love, compassion and gentleness. Those who pass on the gospel message are to be subtle, nuanced, connected and certainly not give any offence. Agreed? But there is something missing from that. It appears that John (or, as we believe, the Holy Spirit speaking to and through him) did not get the right memo.

Revelation 17 is about the most unsubtle message in the whole Bible. Granted, John was not preaching a gospel sermon – but he was telling the troubled and besieged churches about the enemy they were facing. And in so doing he gives us insight into how we are to be the Church in our confused and troubled generation.

The courage of prophetic proclamation

The vision starts with a bang – this is the about ‘the punishment of the great prostitute’. Prostitution may be the oldest profession in the world, but that doesn’t make it any less horrendous in God’s eyes. It is selling what is sacred, our bodies (and souls), for material gain. That is why prophets such as Jeremiah and Isaiah were not afraid to describe the cities of Tyre and Jerusalem as prostitutes.

John described Rome as the prostitute on the scarlet beast.Pixabay

The angel’s revelation about the great prostitute is reflective of that Old Testament prophetic tradition: ‘You who live by many waters and are rich in treasure’ (Jeremiah 51:13). The revelation is a direct reference to Rome and a challenge to the supreme economic, cultural, political and spiritual power of that city. Rome was beautiful and powerful. It took enormous courage for John, exiled and imprisoned on Patmos by the Roman Empire to refer to it in such a way.

I think there are two lessons for the 21st century Church in this.

First, we need to be prophetic in this radical way – challenging the powers and authorities. I hear so many people who are into ‘the prophetic word’ and ‘hearing a word from the Lord’ and yet the word they get is often glib, trite and superficial. It’s almost like personal fortune telling – ‘Lo, I am with you always and yes, you are going to marry that beautiful redhead, your big toe will be healed and you will get that seed money.’ The Holy Spirit is apparently very keen on telling prophets whether someone has a sore leg, but not so keen on calling the prophets to denounce the iniquities of the economic and political systems they live under. Granted, very few of us will be like John, but surely the Church as a whole can have a much more prophetic role? Yes we are to comfort, yes we are to appeal, but we are also to challenge and warn. Rome was the prostitute that was ‘drunk with the blood of God’s people’.

When we reach out to those who have the most money and spend our time serving the wealthy (paying lip service to the poor at the same time as neglecting them) that is spiritual prostitution. Any idol of our heart that replaces or just seeks to use Christ, leads us into spiritual prostitution. And the Lord hates it. We need the prophets to challenge us – but sadly far too many of us look for our preachers to mollycoddle us and confirm us in our own biases and lifestyles.

The beast that causes so much astonishment is both the Empire of the city and the Emperor. Again this prophecy draws on Isaiah:

Awake, awake, arm of the LORD,
Clothe yourself with strength!
Awake, as in days gone by,
As in generations of old.
Was it not you who cut Rahab to pieces,
who pierced that monster through?
Was it not you who dried up the sea,
the waters of the great deep,
Who made a road in the depths of the sea
so that the redeemed might cross over? (Isaiah 51:9-10)

The beast in Old Testament prophecy was often a sea monster who represented the political powers who sought to oppose God. This was overcome, and will come again. When Nero died the news appeared to be too good to be true. The fear was that he would rise from the dead – but John is telling us that no matter what, ‘the beast’ is doomed. Likewise with the political systems of our day. Kingdoms rise and kingdoms fall, but the Word of our God goes on forever.

The fulfilment of God’s words

The war against the Lamb will never succeed because he is ‘king of kings and Lord of lords’ (verse14). And his victory is not just his, but that of his ‘called, chosen and faithful followers’. Christians are those who are called by God, chosen by God, and faithful to God. And we can be confident because his words will be fulfilled (verse 17).

The battle and the victory belong to the Lord. The anti-Christ and his followers, the great prostitute and the beast, devour one another. Evil by definition destroys. All the forces of Hell cannot prevail against the Church of Christ. Rome, the mistress of the world, versus Christ, the Lamb who sits in the midst of the throne, is no contest!

I have noticed a strange paradox. While we are often quite confident about our own circumstances, and ourselves , we are easily made fearful about what is going on in the wider world. John seems to do the reverse – he does indeed tell us that our circumstances may be dreadful, and that the world is in a deep mess, but he causes us to look much higher and further. This world is not doomed. It is destined for renewal. The whole creation groans and waits for its liberation from bondage to decay and to be brought into the freedom and glory of the children of God (Romans 8:21).

Sometimes as Christians we need to lift our eyes from our own personal circumstances, and from is going on in our countries and indeed the whole world, and get a grander

vision. We look up, as Stephen did as he was about to be stoned to death: ‘But Stephen, full of the Holy Spirit, looked up to heaven and saw the glory of God, and Jesus standing at the right hand of God. “Look,” he said, “I see heaven upon and the Son of Man standing at the right hand of God”‘ (Acts 7: 55-56).  This is the vision we need, individually and collectively – the vision of Christ and his glory. Then, and only then, will be able to rejoice in the midst of trouble. Even though ‘the great prostitute is drunk with the blood of God’s holy people’, they shall rise and she shall fall. Once we grasp this, then, and only then, will we be able to live lives that are full of faith not fear, love not hate, forgiveness not revenge.

Revelation and the Message of Armageddon: God is Sovereign