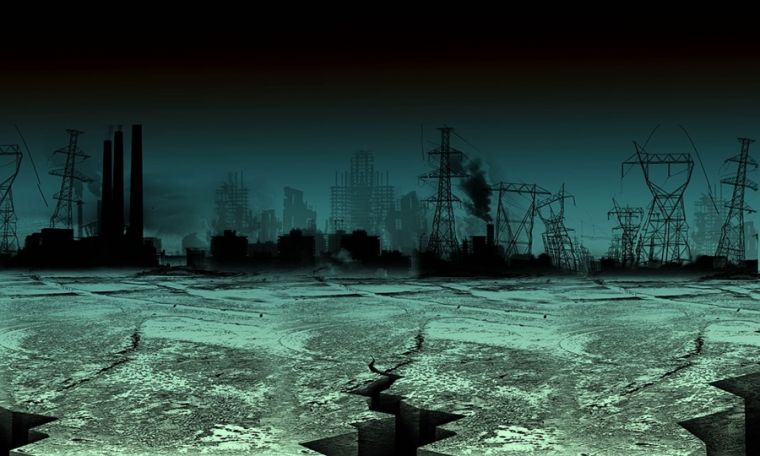 Back to Revelation in my column for Christian Today

You will forgive a personal reference as we continue our look at what the book of Revelation has to say to us today. The reason there has been such a gap between Revelation 15 and today is not because it is a very difficult passage to look at, but rather because I have been in hospital for a couple of weeks – of which more later. However, this is a hard chapter – not so much in terms of understanding, but in terms of accepting.

Again, as in all of Revelation we need to remember that it is pictorial. Those who seek to find particular political events in the 21st century will be disappointed here.

A basic summary of this chapter is that it describes the final battle of God against the forces of evil that seek to destroy his creation. The seven bowls of God’s wrath reflect the seven trumpets of chapters 8 and 9 and the 10 plagues of Egypt.

This week I watched a programme on TV that sought to explain away the plagues as natural phenomena caused by a gigantic volcanic eruption. But, like many who read Revelation, they were missing the point. There is no problem for the Christian with God using natural phenomena – it is after all his created natural world. The atheist wants to say that because we can see a natural aspect, it must mean God didn’t do it. The Christian says that because it has a natural aspect it doesn’t mean that God didn’t do it – because our God is the one who rules the winds and the waves.

This is the message of this chapter as a whole. In the midst of the darkness, the pain and the evil, the good God is sovereign. And he is furious at the evil, cruelty, abuse, injustice and ugliness that seeks to destroy his good creation.

The voice from the temple is God’s because we have just been told in Chapter 15 that he is the only one allowed in the temple. So what particular lessons can we learn?

1. There is a judgment to come. The first angel pours out his bowl on those who worship the beast. While Christians will experience many trials and tribulations there are some evils that come precisely because of wickedness –which we will never experience.

2. God’s judgments are always ‘true and just’ (verses 5-7). We have a tendency to read a passage like this superficially and say ‘that’s not fair’, or even that it cannot be right. But the first principle we need to accept is that God is just. We are the unjust ones. It takes a particular form of perversity for unjust and limited humans to turn round and judge the just and true Judge. Look for example at the sea and rivers being turned into blood. We have already been told that the enemies of God shed the blood of his people and now they are being given blood to drink. This gruesome picture is telling us that the forces of evil end up fighting each other and destroying themselves. Tolkien in The Lord of the Rings captured this truth well when he portrayed the Orcs destroying each other.

3. God’s judgment does not always lead to repentance (verse 9, verse 21). We like to think that if only we had enough evidence, of course we would believe. But here even when presented with great evidence of the power of God, people curse rather than repent. The rivers of blood, the hailstones, and the great earthquake do not awaken people to their need. CS Lewis talks about God ‘whispering to us in our pleasures and shouting to us in our pains’. But even when God is shouting, sometimes we are not listening – or we refuse to respond other than with increased hatred and enmity.

I have been in hospital and in some degree of pain, as were several of my fellow patients. Verse 11 talks about pains and sores and uses the word for ‘ulcers’. When you have them internally, and they fester, bleed and cause infection, it can be really painful. I have been seriously ill a couple of times and each time it reminds me of the fragility of life and the necessity of knowing someone who can, and has, overcome all of that. But in those who do not know, I have often witnessed, not just despair, but real anger and rage. Sometimes it is because it becomes clear that all our pretensions to power and control are just like the morning mist – it quickly disappears. We don’t like to think that we are not in control.

4. There will always be political and demonic powers opposed to God. The Euphrates was at the very edge of the Roman Empire, which comprised the known world. What was beyond was a great mystery. What if kings from the East – the Persians, the Indians, the Chinese, invaded? Verse 12 speaks to those fears when it talks about the river drying up to prepare the way for the Kings of the East to come. But John goes further. In dealing with the political forces in the world he not only points out that we do not know the way that things will go (our progressives think that things are inevitably progressing, others have different views of history), but that it is not just human power and politics involved. There are demonic forces. If you doubt that, I challenge anyone to visit Syria, or Northern Nigeria, Southern Sudan or North Korea.

I love the way he uses frogs here. To my daughter frogs were cute creatures that you could have cuddly models of. But in the ancient world they were considered to be foul creatures. They are ugly and make an ugly sound. Their task is to persuade the rulers of the world to enter into a last great battle with God. Verse 15 talks of this as being Armageddon – a transliteration of the Hebrew for hill of Megiddo – a place where great battles had been fought.

5. Beware of Miracles (verse14). The demons are able to perform miracles – something we need to be aware of in our current church context. I am tired of hearing the latest prophet/televangelist telling us that ‘the anointing’ is upon them because of the latest

6. In the midst of all the evil in this world, Jesus is with us. In verse 15 he speaks and reminds us of one of his key messages – we are to be prepared for the Day of the Lord. 1Thessalonians 5:2 says: ‘For you know very well that the day of the Lord will come like a thief in the night.’ Why does he tell us this? Because we are to be ready – dressed and in our right mind. The clothes he speaks of are surely justification (we have placed our faith and trust wholly in him) and sanctification (we are putting on the fruit of the Spirit). We are the beautiful bride of Christ in a world of beast, dragons, false prophets and frogs.

7. It will come to an end. In verse 17 the last angel throws his bowl into the air and God cries out from the temple – ‘It is done.’ This reminds us of the work of Christ being completed with his final cry on the cross. At the end of the greatest agony and pain ever experienced by anyone, Jesus cries, ‘It is finished.’ It is all paid for. All that rebellion and hatred against God that deserves all the seven bowls of his wrath – and more – all of that has been paid for. He took the cup, and he willingly drank it down to its last dregs. When the devil uses my own heart to accuse me – ‘You deserve to be punished for that’ – my answer is now simple: ‘I do, and I was, and it is now finished. Jesus paid it all.’ That’s a word for broken individuals and broken societies. Let the healing begin.