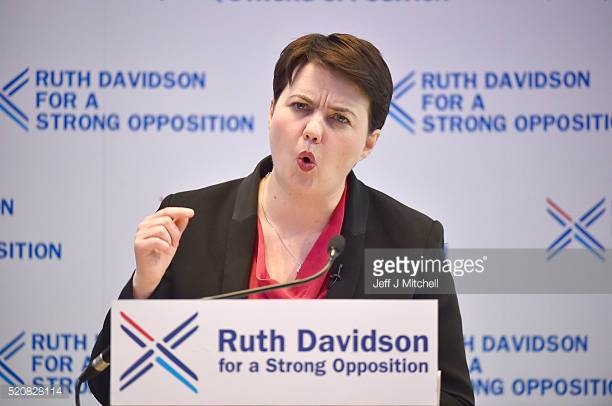 I think a lot of us are getting fed up of politics – even those political geeks like me who are fascinated by it. Referenda, local elections, national elections – it does seem never-ending.  But for me the biggest problems is the dumbed down tribalism, the twitterisation of politics.   I was going to make this blog a complete politics free zone until after the June the 8th general election, but then I reflected and thought it might be helpful to each week look at some of the issues involved.  Not from the perspective of advocating one particular party (something I am not inclined to do now anyway- although in the interests of full disclosure  I am normally an SNP voter and supporter) but rather trying to give us some guidance on what we hope our politicians will do.  So in the next couple of weeks I want to look at the NHS, education, Brexit and if we have time the issue of religious liberty.  But first we have to begin with the question I promised a friend I would answer.

What is going on in Scotland?

We had our local elections last week and they were quite astonishing.  At first glance it looked as though the SNP were continuing their dominance of Scottish politics – they increased by ten the number of councils where they were the majority party, they were the largest party in terms of votes and they more or less kept the same number of councillors. Their biggest prize was becoming the largest party in Glasgow – ending decades of Labour dominance.    But that is not the whole story.

The most astonishing fact of the whole election is that areas such as Ferguslie Park in Paisley, Cowdenbeath in Fife and Shettleston in Glasgow (areas which are often euphemistically described as ‘urban deprived’) returned a Tory/conservative councillor.

The SNP lost control of Dundee and Angus and the Tories showed a significant increase in both councillors and vote share.  So what is happening?  How can we discern it-  away from the political spin?

In Scotland UKIP are virtually non-existent so lets start with the Greens.  They won 19 seats but did not make the kind of breakthrough they might have hoped for.  The Lib Dems as the anti-Brexit party also had a mediocre election with 67 seats.   The Independents won 168 seats.  The Labour party fell from 394 to 262 – although reports of their complete demise are exaggerated and under the right kind of leadership they could easily grow again   The Tories rose from 115 to 276.  And the SNP were almost static at 431.

Immediately all the spin doctors went into full gear.  Labour tried to say they were not as bad as they had feared, the Lib-Dems said they were good in the areas where they are targeting constituency seats, and the Tories although they were cock-a-hoop at their revival, tried to clam down expectations. But no-one has such an effective spin machine as the SNP.  Nicola Sturgeon immediately announced this as a great and emphatic victory

– every SNP politician seemed to tweet about the BBC saying that the SNP had lost seven seats when in fact they had gained 6 – and we were constantly reminded how the SNP were the largest party in Scotland’s four largest cities, had the largest number of councillors and had increased their vote by over 100,000.   Case closed.  Anyone who does not recognise this is obviously a ‘Tory Yoon’ (for the uninitiated this is a double barrelled insult – you are both a Conservative and a Unionist).  The BBC was biased (incidentally they were right about losing seven seats, because of boundary changes they were trying to compare like with like – this of course did not stop the grievance seekers).   Everyone is biased – except of course The National, Iain Macwhirter and Lesley Riddoch – who always tell the truth and give an unbiased analysis.

But the reality is a little different.   This was by no means a disastrous result for the SNP – their ability to win elections is phenomenal and they had decent results in Glasgow and the Central belt West of Scotland.  But it was not quite the ‘emphatic’ victory they tweeted.

They tried to argue that the Conservatives grew at the expense of Labour and that the SNP held steady.   So I did a wee bit of research of my own and here is what I found:

I looked at all of the 32 Councils and noted the following  where there was significant change between the SNP and Tories.

It is clear that there were areas where both the SNP and the Conservatives profited from the decline of Labour.  But it is also equally clear that there was a transfer from SNP to Conservative in areas such as Moray, Perth and Kinross, Angus and North Ayrshire.  It is disingenuous of the SNP to call this a great victory and just to blame the collapse of Labour for the revival in Tory fortunes.

This becomes even more obvious when you look at the percentage share of first preference votes which came out today.   The SNP were the largest with 32%, the Tories next with 25%, Labour 20%, Independent 10%, Lib Dems 7% and Greens 4%.   Bear in mind that the SNP got almost 50% of the vote in the last general election and the Tories got 15% – a 35% gap.  This has now been reduced to a 7% gap.  That is an extraordinary change.  We need to bear in mind that the situation is not exactly the same and the turnout in the general election is likely to be 10-15% higher. But the momentum is with the Conservatives and although the SNP will end up with the vast majority of seats it is possible that the Tories could get ten or more.

IndyRef2 is pretty well dead in the water. Baring a complete turnaround Teresea May will be elected Prime Minister with an increased majority, including more Scottish Tory seats.   She has no need to grant IndyRef2 and even less so if the SNP lose seats and the Tories gain both seats and vote percentage.

Unless the SNP wakes up to what is happening, (and there is little sign of that happening – at least in public – as I write I’ve just received a tweet from a senior SNP leader stating that the Scottish Council elections were a ‘conclusive and clear win for the SNP’ – the process of denial is in deep!) – then they will go into a fairly steep decline and it is not beyond the realms of possibility that we could end up with what would have seemed laughably impossible even a couple of years ago – a Scottish Tory government!  There is also a real possibility that we will see the return of what was once common in Scotland – the Scottish working class Tory.  To those who are used to spitting the word ‘Tory’ as a swear word (meaning rich English facist), the whole concept is unthinkable.  But they need to start thinking.

The SNP have many fine politicians and I think in many areas have governed Scotland well.  But hubris has set in – and the influx of new members has changed the nature of the party.   The refusal to allow dissent and disagreement within the party has created a cult like adherence which is reflected in the fact that any time anyone from within critiques or doesn’t agree with the mantras being handed down from party HQ, they are instantly trashed on social media as traitors and ‘Yoons’.

The SNP  have made a phenomenal error in thinking that their rise was inevitable and especially in using Brexit as the key argument for Independence.  Why?   Many of those who voted to Remain in the EU are unionists and they resent their votes for the EU being used by the SNP to justify Scottish Independence.  Additionally there are many who vote SNP who voted for Brexit – and they resent the fact that their party pays no attention whatsoever to those who think that leaving the UK for the EU is just jumping out of the frying pan into the fire.  Despite vehement protestations that this could never be the case, I have come across many SNP voters who this time will vote Tory – either as a protest vote or because they can see no alternative to the increasing cultish SNP.   I know several SNP members who hope that the SNP will get a good shake up so that it can return to its roots as a Scottish Independence party and move away from the increasingly authoritarian ‘progressive’ EU apologist it has morphed into.

But there is another issue at play here – people are concerned about the NHS and especially education – and they are becoming more concerned that the Scottish government, who have been given more powers, don’t seem to be using them to improve these areas.  Huff Post – The Scottish National Party has Failed and Must be Held Accountable    With Labour largely  out of the picture, because of the decimation they suffered at the last election and the leadership of Jeremy Corbyn;  the Lib Dems starting from such a low base and nailing their colours to the anti-Brexit mask so firmly that they are only likely to appeal to the posher Uni areas, the Greens being perceived as the puppets of the SNP, then the door is wide open for the Tories – they have become the party of protest against the SNP civic Establishment and the patronage system the SNP have installed in Scotland.

Ruth Davidson appears popular, and Teresea May, for all the attempts to compare her to Thatcher, is I suspect far more popular in Scotland than some would like to admit.   In other words because of the decline of Labour,  Brexit and the detoxification of the Tories, suddenly the Conservative party has an open door.  The supreme irony is that the SNP by destroying Labour, denying Brexit, creating its own patronage system for  ‘civic Scotland’  and becoming cocky, complacent and authoritarian, have made the Tories electable.   Yelling ‘make Scotland a Tory free zone’ is no longer a decent election strategy.

Nicola Sturgeons continual repetition of the mantra that this election is now between the SNP and the Tories is one that the Tories love – because it results in those who are fed up of the SNP failures in government and its policies on the EU, saying ‘well, if thats the case there is no point in voting Lib Dem or Labour, I might as well swallow hard and vote Tory”.

The SNP are the best weapon the Tories have.    If Shettleston, Ferguslie Park and Cowdenbeath can return Tory councillors – anything is now possible.