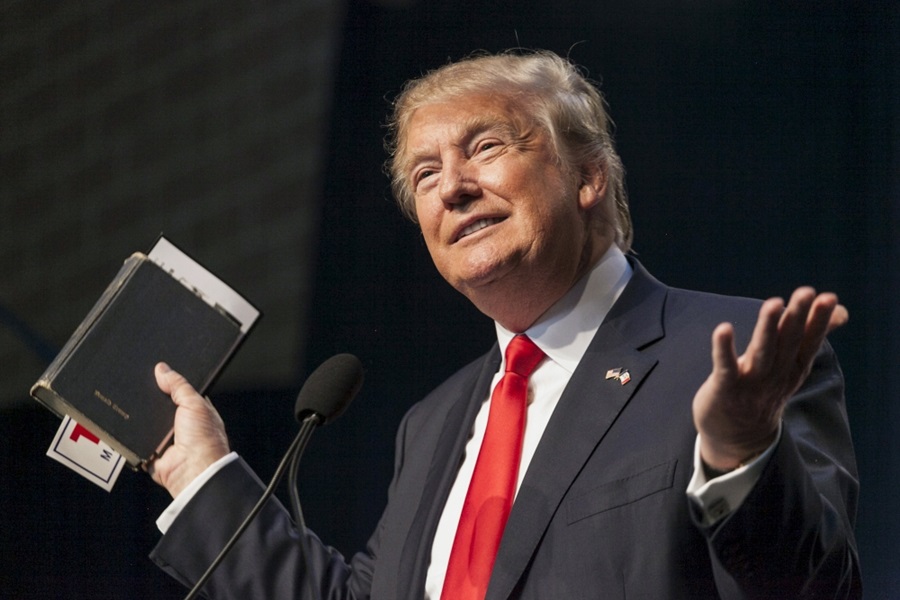 What an interesting week it has been in politics! The lead-up to Donald Trump’s inauguration was dominated by an astonishing discussion about a document that contains speculation about his personal life a few years ago. The whole of that document seems to rest on the credibility or otherwise of a British ex-secret service agent, which wasn’t really helped when it was revealed that he had been hired by Jeb Bush to find some dirt on Trump. If a witness is undermined then what they witness to is severely damaged.

Which brings us on to Chapter 11 of Revelation. Because it too is about witnesses. Again, as we have seen before in this Revelation series, there are numerous interpretations and attempts to identify the witnessss here. The standard view is that they refer to the Old Testament prophets, Moses and Elijah. This is backed up by several allusions to incidents in their lives within the chapter. (I almost feel like playing a form of biblical bingo where we mention the many allusions to the OT even in this one chapter! – how many can you get?).

However this is used to illustrate the fact that the whole church is to be a witness to Christ, throughout all the ages. And they do so against great opposition. For the first time the beast from the Abyss is mentioned (clearly the devil) and in a stroke of genius John identifies the great city as Rome, Sodom, Egypt and the Jerusalem that killed Jesus. They all combine together to celebrate their victory over Christ and his Church. But their celebrations are somewhat premature.

Then the seventh angel sounds his trumpet – which brings the third woe, but instead of immediately hearing about that, we hear about the coming of the Kingdom of God. The nations were angry, they turned against God and now the Lord does what we keep saying we want him to do – he acts. The time has come for judging the dead, rewarding the saints (all Gods people – not the specially selected ones by the Vatican!) and for destroying those who destroy the earth. That latter phrase makes Revelation 11:18 one of the key verses for Christian environmentalists! Let me explain.

18 The nations were angry, and your wrath has come. The time has come for judging the dead, and for rewarding your servants the prophets and your people who revere your name, both great and small — and for destroying those who destroy the earth.”

A few years ago I was preaching in a Southern US city when I was approached after the sermon by a gentleman who remarked, “Enjoyed the sermon, but are you a tree hugging communist?” When I pointed out that although I had read Marx I was not a communist and I tried to avoid hugging trees, undeterred he continued, “you sure sound like one”. I had mentioned this verse and pointed out that whatever our particular politics or views of how global warming was caused, it was incumbent upon us to be stewards of the earth, not destroyers of it. He was genuinely puzzled. Why bother? After all was it not all going to be destroyed anyway? I suggested to him that given his logic he would have no objection to my coming round to his house that evening and burning it to the ground – after all was it not all going to be destroyed anyway?! The point was taken. We are called to be stewards not destroyers of the earth. There will come a time when the destroyers of the earth will themselves be destroyed – do we really want to be in their number?

The chapter finishes with the Ark of the Covenant being seen and the consummation arriving. The flashes of lightening, rumblings, peals of thunder, an earthquake and severe hailstorm are far more powerful, vivid and imaginative than the rather tame Indiana Jones version would later portray.

Credible Witnesses of the Gospel

So what can we make of all this? We are to be credible witnesses to the Gospel. What does that involve? It certainly means that we uphold the testimony of the Bible and the great cloud of witnesses who have gone before (Hebrews 11). It also means that we recognize our role not only as stewards of the Gospel, but also of God’s earth. But lets return to where we came in. Our witness must be credible. Jesus told us that all men would know that we are his disciples if we had love for one another. The lack of love amongst ourselves is a denial of the Gospel. The fruit of the Spirit is evidence that we have the Spirit (interesting that it is the fruit that is mentioned, not the gifts – they are after all easier to counterfeit). When the Lord’s people have love, joy, peace, patience, kindness, goodness, faithfulness, gentleness and self-control, then we are credible witnesses. Scriptural and Spirit-filled witness leads to sensational results!

You would think that having these gifts and pointing to Christ, our witness would not only be credible but accepted. But that is not the case. There is a beast from the Abyss who stirs up the hatred and rebellion against God that is in every human heart. He attacks, overpowers and kills.

But Revelation tells the persecuted, weak and apparently dead and defeated Church: Don’t give up. There is a greater power. As CS Lewis so beautifully described in the resurrection of Aslan, “there is a deeper magic before the dawn of time”. A power based in the resurrection of the willing victim, the Son of God. That is who we bear witness to. We need to remember that. We are not bearing witness to our ‘values’, or our country, or our church, or our traditions and certainly not to ourselves. Our witness is to Christ. No matter the opposition we face, we can be confident that this witness to Christ will bear fruit, and the seed of the Word of God, will not return to him empty. He will see the travail of his soul and be satisfied (Ps 22).

Rev David Robertson is minister of St Peters, Dundee and assosciate director of the Solas Centre for Public Christianity. He is on Twitter @TheWeeFlea