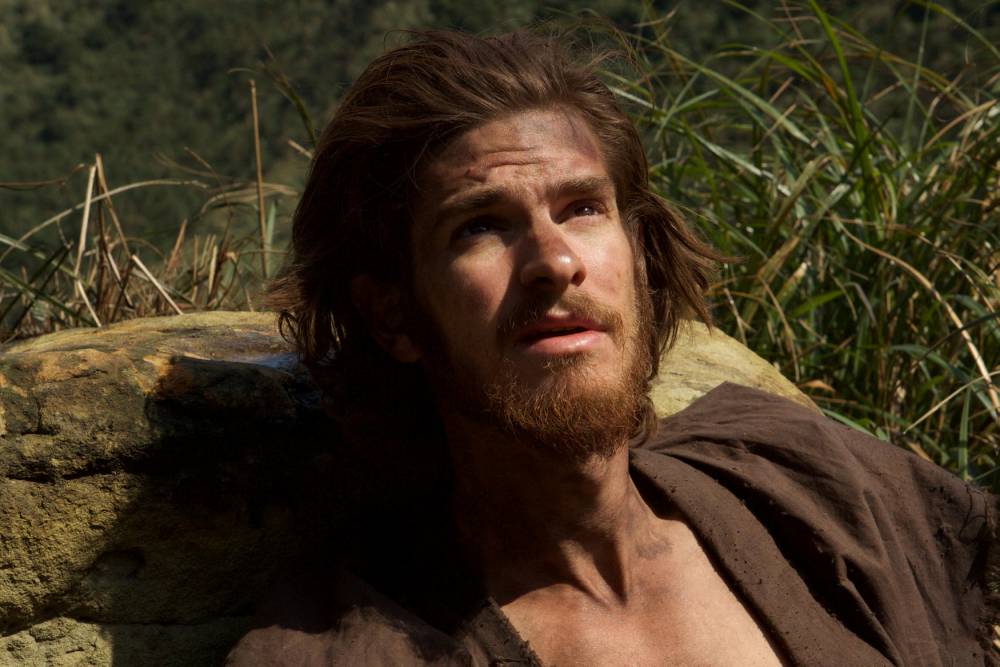 This was a film that I did not want to go and see.  I knew it was long, violent and difficult.  But I had to. I have read so much about it and such contrasting and extreme reviews that I went (alone) to watch it this afternoon.  Its….

Brilliant – It lasts over two and a half hours but for me it did not feel like that.  The cinematography was wonderful,  as was the acting (especially that of Issey Ogata, Tadanobu Asano, Liam Neeson and Andrew Garfield).  The scenery, plot, tension and the way the most serious questions are raised, all make The Silence worthy of oscars.

Unusual – The last Scorsese film I saw, The Wolf of Wall Street,  was so bad, that I stopped watching.  If I want to see animals rutting I’ll go to a farm, not a cinema.   I knew that the violence would be difficult to watch in this one (shouldn’t it always?) but it was really the theme and the seriousness with which the questions are tackled which makes it so unusual.  Who wants to go and see a film about the persecution of Christians in 17th Century Japan?    And who really wants to think about the big questions of faith, apostasy and religious relativism?  Me!

Depressing – This is not an easy film to watch.  And you don’t leave the cinema feeling good.  Its a tough one – not just because of the graphic violence (not as bad as I thought) but because it is so sad.  It makes you despair of humanity, with or without religion.  And whatever happened to Buddhism – you know that peaceful, nonviolent religion?  Any Buddhist watching this should be embarrassed!   I loved the scene where the Inquisitor says that ‘to help others is the way of the Buddha.  We don’t need to win over others’, just before torturing people to try and win them over!

The questions are great – ‘why must their trial be so terrible and why when I look in my own heart do answers seem so weak?”.    Is there a danger that we cling to the signs of faith rather than the faith itself?   What have I done for Christ?  What will I do for Christ?   God heard their prayers, but did he hear their screams?  The weight of your silence is terrible, am I just praying to nothing?

The concept of religious relativism keeps raising its head.  The argument is given that Christianity is European and just cannot take root in Japanese soil.  The argument is that the soil is not suitable to which the priests initial response is that the soil has been poisoned.    I think this argument is proved wrong in two ways – one historical and one theological.   The historical one is that Christianity did take root in Japan and despite the fierce persecution from the 17th Century onwards there have always been Japanese Christians.   The first adult I baptised in St Peters was a Japanese student, Fumiko.   I think of Osaumu Nakahashi, a wonderful Japanese church leader, or Masaaki Suzuki, the world’s foremost Bach interpreter who is a Japanese Presbyterian!   (I will post an interview we did with him later on).

The theological argument is simple.   The notion that some people are more naturally inclined to believe the Gospel doesn’t really fit with the Gospel itself.  The Bible teaches us that we are all dead in sins and trespasses and we need regeneration before we can even see the Kingdom of God.   “mountains and rivers can be moved but mans nature cannot be moved”. Indeed not by man.  But that is where the Holy Spirit comes in.  The Gospel is never defeated by the hardness of mans heart or the swamp of any culture.  The Word of God always brings fruit.

Likewise with the whole question of witness and what they call ‘Korobu’ – apostasy.  Can believers be kept?  Can they outwardly turn away but inwardly hear the voice of God?  Again Scorsese misses the crucial role of the Holy Spirit – and that the blood of the martyrs has always been the seed of the church, throughout the world.  Its not just that we have a hope for heaven – although the picture of the Japanese peasants longing for a heaven where there is no more sickness, hunger, hard work or taxes! is a beautiful one.

But in other respects Scorsese shows he gets the heart of the matter – most notably in the emphasis on the cross and the notion that sometimes it is not that God is silent – it is more that we are not listening.   “it was in the silence I heard your voice’.   I just wish that he had read Schaeffer’s He is There and He is Not Silent”  before he made the film!  Nonetheless it is a brilliant film and I’ve just ordered the book on which it is based – The Silence by the Japanese Catholic writer – Shusaku Endo.

One final thought if you think Christianity is what can I do for Christ?  Or what can I suffer for Christ?  you will miss the main point and asking the wrong question.  First ask – what has Christ done for me?   He has not been silent.  He is not silent.  He spoke on the Cross and he still speaks to us today through his Word.   Are we listening?

For the impact on Andrew Garfield read This