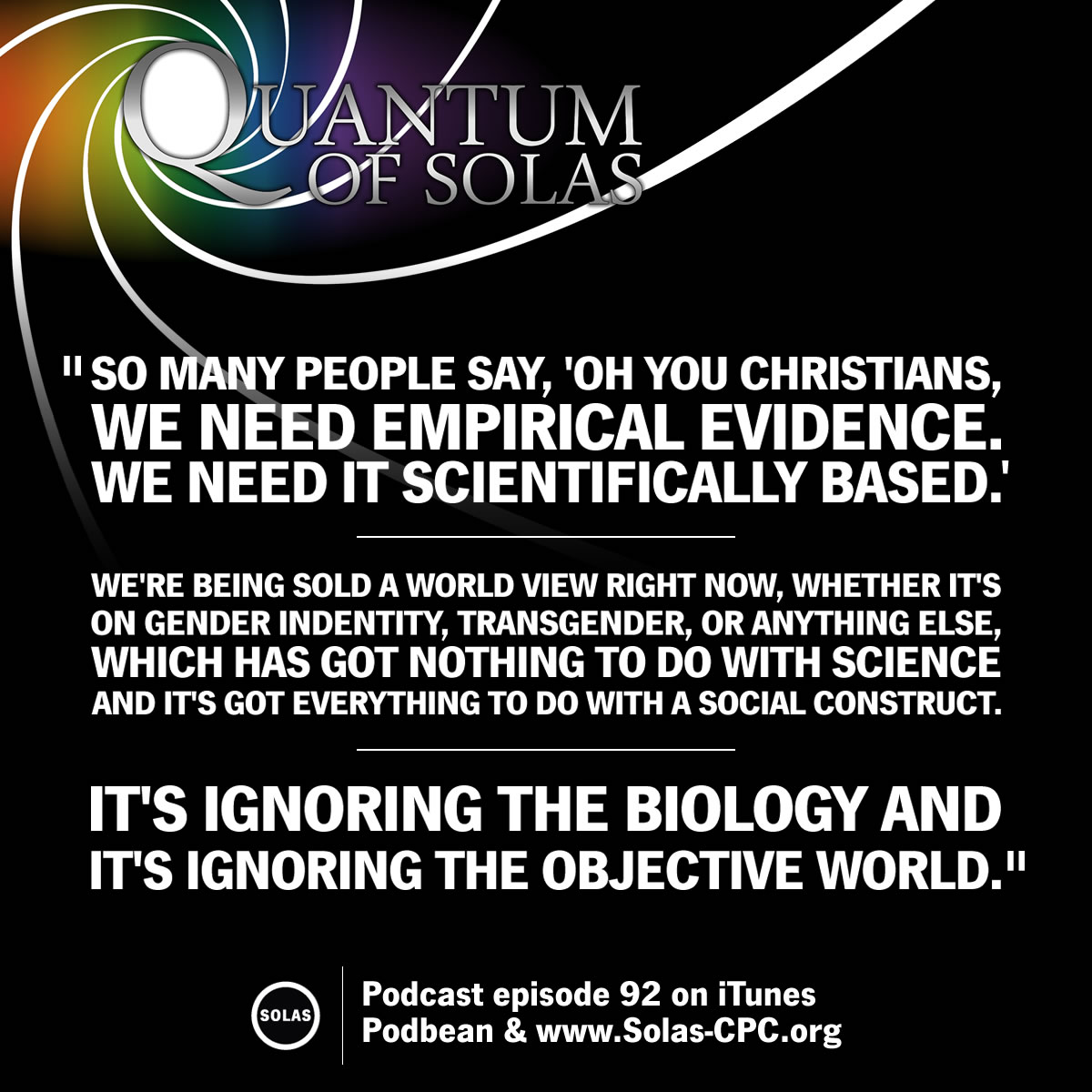 So many people say, “Oh, you Christians. We need empirical evidence. We need it scientifically based.”  We’re being sold a world view right now, whether it’s on gender identity, transgender or anything else, which has got nothing to do with science and has got everything to do with a social construct. It’s ignoring the biology and it’s ignoring the objective world.

This week, in the last Quantum for 2016, I look at some of the world view messages that we’re hearing (or not hearing) being expressed through the media.

C2C Journal – ‘We’re teaching university students lies’ – An interview with Dr Jordan Peterson
National Post – Conrad Black: Jordan Peterson speaks for those of us that refuse to follow the ‘great liberal death wish’
Herald Scotland – Pro-life students from Strathclyde University banned from becoming an official club
The Guardian – Graduate sues Oxford University for £1m over his failure to get a first
Spiked Online – There’s more to university than getting a good job

BBC – Funds raised to open pool in Lewis on Sabbath

SPIN ALERT – Of course, another way of looking at this story is that, since the Indiegogo 60 day crowdfunding campaign was about to expire without meeting its fundraising pledge target, the ‘All-or-Nothing’ campaign would have collapsed without raising a penny unless the NSS had stepped in at the end to fund 20% themselves.

G.K. Chesterton, from an article in the Illustrated London News, March 15, 1919.