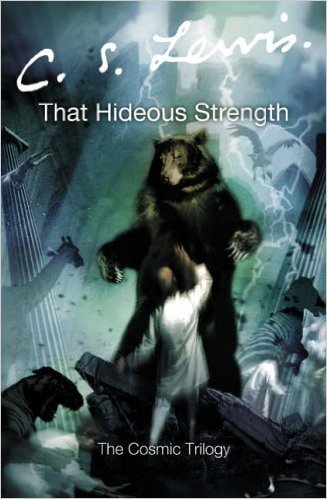 This is the final part of my talk given to the Solas conference on Society and Sexuality.

Where are we going?

If we take away humanity made in the image of God, if we try to re-image according to our own imaginations, then we will continue to go down this road to hell. CS Lewis saw this decades ago. The third part of his sci-fi trilogy, That Hideous Strength, described with eerie precision where we are going.

What’s the next cause celebre for those who are seeking to unmake humanity?  I suspect it will be trans-human. In terms of the continuing attack on marriage it will be polyamory and polygamy. At a hustings in St Peters, the SNP candidate who eventually became our MP stated that he could see circumstances in which polygamy should be acceptable. It was intriguing that when the press contacted SNP HQ about this, they flat out denied that he had said it!

I also suspect that incest will become increasing acceptable, with sympathetic depictions in the media being followed by some celebrity cases and justified by the ‘love means love’ tag. A while ago I spoke at a debate in Aberdeen. The older people present including a gay couple who I got on really well with, agreed with my statement that polygamy and incest would be a step too far. But what astounded me was that a significant number of the under thirties could not see a problem. And indeed given the criteria for SSM (why stop people who love one another from marrying) there is actually no logical reason to prevent that.

What about paedophilia? This is different. This is the big one. For some reason after the 1970’s paedophilia became the great sin – only to be overtaken in recent years by homophobia. I thought this would remain the case but I have now changed my mind. In my view within the next decade some forms of paedophilia will become acceptable. Already the first steps are being made.

It’s a sexuality. In July 2010, the Harvard Mental Health Letter of July 2010 stated that “paedophilia is a sexual orientation and unlikely to change. Treatment aims to enable someone to resist acting on his sexual urges”.

In 2015 the American psychiatric Association classified paedophilia as a sexual orientation.   It is now described as being ‘minor attracted persons’.  Several years ago, at the end of a debate on gay adoption I was accosted by some Peter Tatchell supporters. Much to the horror of my opponent they told me that if they babysat my children (then aged eight and seven) they would teach them to ‘experiment sexually’ because that was good for children.

At the same time I was concerned that Tatchell was arguing for a lowering in the age of consent to 14. When I wrote that in a letter to the Herald they refused to publish it (even though it was true) because they alleged it was ‘homophobic’!

In 1983, while addressing the pedophile North American Man/Boy Love Association, or NAM/BLA, a prominent gay rights activist said the following:

The idea of treating paedophilia as a disease has long been controversial.

In 2013, Donald Finklater, of the child protection charity the Lucy Faithfull Foundation, said: “There may be some vulnerabilities that could be genetic, but normally there are some significant events in a person’s life, a sexually abusive event, a bullying environment … I believe it is learned, and can be unlearned.”

2. Family, Church and Society – Will be replaced by individuality, corporation and disintegration.

3. Love, peace and goodness will be replaced by hatred, strife and immorality.

Yeah, my blood’s so mad, feels like coagulatin’,
I’m sittin’ here, just contemplatin’,
I can’t twist the truth, it knows no regulation,
Handful of Senators don’t pass legislation,
And marches alone can’t bring integration,
When human respect is disintegratin’,
This whole crazy world is just too frustratin’,
And you tell me over and over and over again my friend,
Ah, you don’t believe we’re on the eve of destruction.

If this big picture is correct, how then do we react?

Fear – We could react with fear. Fear of the other. But there is no need. Christians should not have any phobia. The only fear we know is the fear of the Lord.

Failure – Ex-evangelical Steve Chalke, proudly announced that he is going to do a Transgender naming ceremony. Another ex-evangelical Dave Tomlinson mocked the McArthurs of the Asher’s bakery case – “very pleased to have a name check in this…thank God for another modest victory over narrow-minded fundamentalism I say!”   Tony Campolo continues to deceive and manipulate.   God will deal with these people but they are not Christian teachers with whom we have a minor difference. They are heretics who are attacking the gospel of Jesus Christ and are therefore harming and abusing people.

Fight Back – Is it possible to turn back the tide? No – but that has always been the case for the Christian. We have often been against the flow. But God can turn the tide. Meanwhile we need to stand on the Rock. We need to shout against the darkness and show forth the light.   Our politicians need to be involved. Parents need to stand up. Now is not the time to hide behind the excuses of ‘niceness’ or ‘the sovereignty of God’.

Family – We must not just promote but live the Christian teaching about the family.   “Each of us could healthfully beget, in our 30 odd years of full manhood, a few hundred children, and enjoy the process,” Tolkien admonished his son. Nevertheless, the joys and satisfactions of monogamous marriage provide the only true context for sexuality without shame. Furthermore, Tolkien was confident that Christianity’s understanding of sex and marriage pointed to eternal, as well as temporal pleasures.

Faith – Love Wins – Bring the Gospel of Love!   – Not Rob Bell’s ridiculous misunderstanding of the gospel, but real love.

Back to the Future

Lets go back to where we started.
We have to deal with the small stories – we do so against the backdrop of the big story. But don’t treat every small story as if it is a minor re-run of the big story. We need to listen to individuals and hear what they have to say and seek to help. That is what the rest of this conference is about.   We are dealing with individual people made in the image of God.   In all of us that image is distorted and we need to remember that.   The distortion just takes different shapes…

There are the middle stories – These are the cultural trends – one year its sexuality, another its trans….what will it be next year?   We don’t counter this by Christendom, by British values, or American values or Scottish values.   We need to go to the real big story.

All you need is Love

Let me finish by returning to Augustine….

There is so much ugliness in this world. So much brokenness and much of that is expressed in, and increased by sexual dysfunction. Can the ugly be redeemed? Be made beautiful? Yes there is the ultimate makeover.

Augustine in his Homily Nine on 1 John “ let us love, because he first loved us. For how should we love, except he had first loved us? By loving we became friends: but he loved us as enemies, that we might be made friends. He first loved us, and gave us the gift of loving him. We did not yet love him: by loving we are beautiful……. But our soul, my brothers, is unlovely because of iniquity: by loving God it becomes lovely. What a love it must be that makes the lover beautiful! But God is always lovely, never unlovely, never changeable. He who is always lovely first loved us; and what were we when he loved us but foul and unlovely? But he did not leave us foul; no, but he changed us, and out of the unlovely makes us lovely. How shall we become lovely? By loving him who was always lovely. As the love increases anew, so the loveliness increases: for love is itself the beauty of the soul….. How do we find Jesus beautiful?

Homily 10 – “behold, hatred shows itself winningly gentle, and charity quarrels! Stay not they regard upon the words of seeming kindness, or the seeming cruelty of the rebuke; look into the vein they come from; seek the root whence they proceed. One is gentle and bland that he may deceive, the other quarrels that he may correct. Well then, it is not for us, brethren, to enlarge your heart: obtain from God the gift to love one another. Love all men, even your enemies, not because they are your brothers, but that they may be your brethren; that you may be at all times on fire with brotherly love, whether towards him that is become thy brother, or towards thine enemy, so that, by being beloved, he may become your brother.

The Re-Imaging of Humanity – Part 4 – The Impact on Society