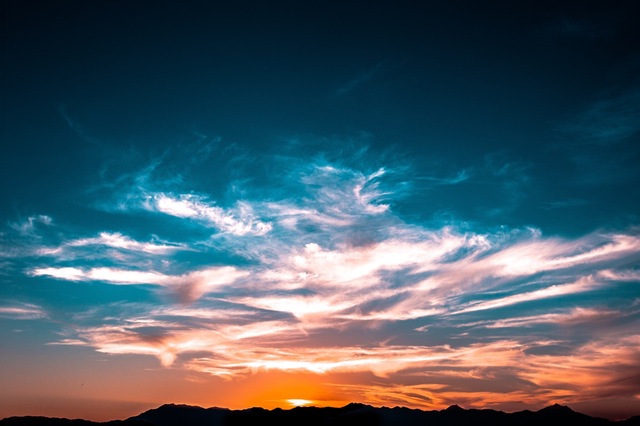 Doubtless over the Christmas period there will come a time when you will long for the sound of silence! Silence can be really beneficial. Silence can also be devastating. This Christmas there will be those who are devastated because they hear nothing from those they love. But silence in heaven?

Martin Scorsese has a new film coming out in January entitled Silence. It asks the key questions about how we as Christians cope when God seems to be silent. And does the silence of God mean the absence of God?

The answer to the latter question is clearly no. In this weeks Revelation passage (chapter 8) we read the astonishing statement that there was silence in heaven for about half an hour. This does not mean that God has left heaven! What it does tell us is that what was occurring was so dramatic and powerful that it demanded the noise of praise and prayers was silenced, even in heaven. It is a dramatic device that succeeds in grabbing our attention. What does this silence mean?

Sometimes there is the silence of the presence of God. Have you even been in a church service where at some point you could have heard a pin drop – even in the midst of hundreds of people? This is a silence of awe. Stillness. This is the fulfillment of the command, ‘Be still and know that I am God’.

There is also what I call the silence of comfort. Sometimes you are with people and because you don’t know each other you talk non-stop. But other times you see a couple who are sitting in silence, not because they have nothing to say, but because they are comfortable just being in one another’s presence. They don’t feel the need to be talking or making a noise all the time. Sometimes when we practise the presence of God, that is what we experience. Be still my soul.

A different silence is the silence of judgement. This is God not speaking to us. This is the pain of the 400 years without prophets between Malachi and Matthew. This is the silence that Scorsese’s film is about. Lord, why don’t you speak? Why don’t you act? In a relationship there is one thing worse than a couple having an argument and shouting at each other – it’s when there is silence. When neither is communicating.

The worst thing that can happen to you as an individual, us as churches or society, is not that God speaks to us in rebuke, warning and anger, but that he does not speak to us at all. In Romans 1 we are told what is wrong with society: “For although they knew God, they neither glorified him as God nor gave thanks to him, but their thinking became futile and their foolish hearts were darkened. Although they claimed to be wise, they became fools and exchanged the glory of the immortal God for images made to look like a mortal human being and birds and animals and reptiles. Therefore God gave them over in the sinful desires of their hearts to sexual impurity for the degrading of their bodies with one another. They exchanged the truth about God for a lie, and worshiped and served created things rather than the Creator—who is forever praised. Amen.” (Romans 1:21-25 NIV)

This is the worst-case scenario. We turn away from God. We say we don’t need you. We don’t want to hear your voice. We can make it on our own. And God gives us what we want – there is silence on Earth.

In Revelation 8 there is both the silence of awe and the silence of judgement. After the half hour, all heaven breaks loose. The silence is broken by the seven angels sounding their trumpets and the judgements of God beginning. These are tough. And bitter. In verse 11 we read about the name of the great star that falls on the earth as being Wormwood.

Although some modern Christians have seen great significance in the fact that wormwood in Ukrainian is Chernobyl (the scene of the greatest nuclear disaster in the West), the reality is that this is an allusion to the fact that the judgements of God are bitter. The word is used several times in the Old Testament to describe that bitterness. Whereas the word of God in is usually as sweet as honey, in judging humanities sin, it is indeed bitter.

Does God still speak? What is he saying?

Sometimes I fear that there is a shutting up of the heavens, that the Lord is judging us by giving us what we want. And that there is this awful silence in heaven and on earth as we await God’s answer. We are told that the silence is broken when an angel takes the incense with the prayers of God’s people. We need to cry out, ‘how long O Lord, how long?’ until the silence of heaven is broken. If we are concerned that there is a famine of hearing the words of the Lord in our country today, we need to first of all take our words in prayer to him.

But I also know that God is still speaking in the following ways:

He speaks through providence, what is happening. We need to learn to interpret the signs of the times. I am reminded of CS Lewis’s well-known saying that “God whispers to us in our pleasures and screams to us in our pains.”

He speaks through his Spirit, the One who convicts of sin, righteousness and the judgement to come. The One who brings the Word and applies it to our heart. The One who regenerates.

He speaks through his Son, “In the past God spoke to our ancestors through the prophets at many times and in various ways, but in these last days he has spoken to us by his Son, whom he appointed heir of all things, and through whom also he made the universe. The Son is the radiance of God’s glory and the exact representation of his being, sustaining all things by his powerful word. After he had provided purification for sins, he sat down at the right hand of the Majesty in heaven.” (Hebrews 1:1-3)

He speaks through the Scriptures, this is the propositional revelation, so despised by those who consider themselves more ‘spiritual’ and in touch with the Almighty. I accept that I’ve heard some sermons that do their best to reduce the revelation of God to what can be described, as at best, sanctified waffle, but that does not do away with the importance of God revealing himself through words.

The late great prophetic Francis Schaeffer wrote a marvellous book about this entitled He is There and He is not Silent. He said: “Even secular anthropologists say that somehow or other, they do not know why, man is a verbaliser. You have something different in man. The Bible says, and the Christian position says, I can tell you why: God is a personal-infinite God. There has always been communication, before the creation of all else, in the Trinity. And God has made man in His own image, and part of making man in his own image, is that he is a verbaliser.”

Some Christians think it is somehow more spiritual and more practical to either deny or play this down and so they use words to state the words are not important. They come up with the kind of nonsense that is sometimes attributed to Francis of Assisi. “Preach the Gospel at all times. Use words when you have to.” Why is it nonsense? Apart from the fact St Francis almost certainly never said it, he also never lived it. He preached a lot. It’s a sad irony of the reality of fallen man that somehow we manage to complain that God is not speaking and then complain when he does! If only he would just make us feel, without thinking, without speaking.

This Sunday in my own church we have reached Isaiah 62. Maybe it’s a coincidence but I find the first verse very appropriate. “For Zion’s sake I will not keep silent, for Jerusalem’s sake I will not remain quiet, till her vindication shines out like the dawn, her salvation like a blazing torch.”

God will not keep silent. For the sake of his people he will speak – whether in the fire, or after the fire in a still small voice. He is there and he will not be silent.

Incredible version of The Sound of Silence by Disturbed…..

Simon and Garfunkel have a great song entitled The Sound of Silence. The lyrics are as follows:

“Fools” said I, “You do not know
Silence like a cancer grows.
Hear my words that I might teach you,
Take my arms that I might reach you.”
But my words like silent raindrops fell,
And echoed
In the wells of silence

And the people bowed and prayed
To the neon God they made.
And the sign flashed out its warning,
In the words that it was forming.
And the sign said, “The words of the prophets
are written on the subway walls
And tenement halls.”
And whisper’d in the sounds of silence.

Let’s pray that this Christmas the people would stop bowing to the neon gods they have made and instead be listening to the words of the prophets, whether written on subway walls or Christmas cards. The God of heaven has spoken on Earth and Christ is his Word.