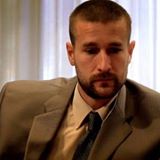 Another week…another BBC mockumentary about wacko right wing fringe ‘Christians’ in the US.  The fact that it was put out on BBC 3 means that one could normally just ignore it as would 99% of the rest of the population, but with the I-Player and the internet, this kind of thing soon gets spread around and is used to fuel the anti-Christian self-rightousness of the metro-elites.  So I squirmed through it.  Click the link if you want to watch it for yourself –

Of course the programme was a complete set up.    70% of the US population profess to be Christian – some 250 million people.   25% are evangelical – about 80 million people.  There will of course be some in that large and varied group who will be extremist and unhinged. There are far right political groups who will use Christianity….but the Westboro Baptists and Steven Anderson types are a tiny minority of a tiny minority.  It is doubtful whether there are more than 10,000 in the whole US. That is one in every 8000 evangelicals might belong to one of these groups.  And yet the BBC, not for the first time, choose to focus on this 0.001%.

I had come across Steven Anderson before.  He is an arrogant wicked and somewhat unhinged man.  Like most of these groups he is a self publicist who thrives off the controversy and gets a kick out of the outrage of millions and the devotion of tens. The video below shows the level of craziness involved.

Once I realised that the mockumentary was going to be about him, I knew that it would be bad, but I didn’t grasp quite how bad.  This was nothing less that sheer anti-Christian propaganda.  If you want to know how to do this follow these guidelines:

2.  Present your case in the simpliest black and white terms.   On the one hand show the nasty hate filled ranting preacher and his ignorant followers.  On the other show shiny happy gay pride marchers whose only desire is to have fun and for everyone to love one another.  Its not subtle but it works.   Its very black and white because that is the way the world is…as Mr Bush said ‘you’re either on the side of the good empire, or the evil one’.

3. Make sure that everyone understands you are on the side of the good guys.  This is not a documentary seeking to understand.  It is a mockumentary seeking to demonise.  Make sure you put in plenty of virtual signalling, showing how sympathetic and loving you are to the ‘right’ side and how horrified you are by the evil ones.

4. Finally – if you want your documentary to have an effect on the folks back home, leave the implication hanging that this is where Christianity really leads you.  Don’t state it, because its not true…but just leave the idea hanging.  This is an idea that as worked very well in the past.  Der Sturmer for example was very good at telling stories about bad Jews, which were easily taken up as being typical of most if not every Jew.

The irony about all of this is that the very thing that the programme rightly accused Steven Anderson and his followers of, demonising those who don’t agree with them, is the very thing that this programme does.  Oh, not in the shouty ranty way that Anderson does.  They don’t need to – they have the camera, the money and editorial control.  No, the way to demonise is to stigmatise, encourage prejudice and leave the impression that there are only two ways to look at any subject; yours and the extremist nutters on the other side.

I suppose the justification for making such programmes is to say that you seek to neutralise such extremists by exposing them.  But that excuse completely fails because as the programme points out “they positively thrive on negative reactions from society” .  So the BBC are actually giving this group what they so desperately need – the oxygen of publicity.  Rather than help defeat such evil, the BBC feeds it. Thats why Steven Anderson declared on his Facebook page that he ‘loved’ the documentary – although he was a bit cross about being lumped in with Donald Trump!

Meanwhile Channel 4 can give public money to Richard Dawkins to make a series of anti-religious programmes ‘the root of all evil’ and so the prejudice is fed and sustained.    The BBC feeds the oxygen of publicity to ‘Christian’ hate groups who have been rejected by Christians and the Church and who desperately need it to recruit their few followers, and yet the BBC largely avoids giving publicity to real Christian groups who are working away in their communities seeking to bring the love of Christ and challenge the prevailing culture.

‘Don’t be ridiculous’ – I hear the nice people cry.   Everyone can see these are just silly extremists.  No-one takes them seriously and no-one will link most Christians to them.  You are kidding!  We live in such a dumbed down society that the link is automatically made.  Whether it is Richard Dawkins in The God Delusion claiming that teaching a child the bible is worse than child sexual abuse and that all religion inevitably leads to this kind of thing, or at the more populist level the school kids who yell at me for being a Christian because they have seen ‘Westboro Baptist’ on the Telly, the effect is all the same.    Without going to the more militant atheistic secular websites I know the narrative that is already being spread there.  This is a gifthorse for them.  “See, we told you, this is where religion leads – lets spread the word…make sure as many kids as possible get to see this…”

I wonder if the BBC would make a similar documentary about Jews or Muslims in the US?  Of course not and neither should they.  But why are Christians the only ones to be given this ‘special treatment’?

Hannah Livingston describes Anderson and his like as “preachers prepared to shout at anyone who does not fit their model of a Christian”.  I agree.  But I would like to suggest that they are worse than that (making a mockery of the Christ they profess to follow) and that moreover Hannah and the BBC are in danger of doing the same thing.   They are prepared to mock and demonise anyone who does not fit their model of a civilised human being.  Worse than that – they are determined to create a black and white world, in which only their point of view is considered normal.  Every other view is demonised, no matter the consequences.

I was recently asked to take part in a campaign which highlighted the danger of Christophobia.   I was unsure…but the BBC have made my mind up.  I’m in!   I was once banned from taking part in a BBC Thought for the Day because I wanted to use the phrase ‘Britain’s Christian traditions’.  The producer thought this was too offensive.  On the other hand the BBC see nothing offensive at all about equating millions of Christians in this country with a tiny extremist right wing fringe hate group in the US.   It sure sounds, smells and tastes like Christophobia to me.    ‘Americas Hate Preachers’ is a programme that will feed Britains Christophobic hate secularists.   Lord Reith would be proud!

Perhaps I need to be a wee bit more nuanced.  I think that the BBC produces some wonderful work and most of my what I listen to is on the BBC.  There has also been some superb BBC programmes on Christianity.  So I think it would be fair to say that the whole of the BBC is not Christophobic but that the underlying cultural bias means that much of it is.  I could give many personal examples.   I recall the TV producer who after asking me to take part in a show withdrew the invitation because I was ‘too sensible’.  They had wanted a fire breathing Free Church minister who they could mock.   Or the radio producer who removed me from a radio slot under pressure from people outside.  And finally I recorded  a show for BBC radio where an atheist journalist and I discussed the resurrection. The producer said it was a superb 30 minute radio show but she doubted she would be allowed to broadcast it without significant change.  She was right. Her bosses said that they wanted more ‘balance’ and so they asked a liberal priest to take part, cut the conversation, reduced my part to less than seven minutes and in effect changed the whole programme.  This is so often what happens. ‘balance’ means exclusion if you are not part of the liberal metanarrative.  They are quite happy to talk about you, less keen to let you talk for yourself!

The programme ‘America’s Hate Preachers’ was a shallow and superficial sensationalist mockumentary of a tiny group of right wing wackos describing themselves as Christians. The programme was itself sensationalist and biased in that it only seemed to allow for two positions, on the one hand the loving and tolerant gay pride and on the other bigoted Christians. There was no nuance and very little information.

We were not told how many American Christians support these groups – fewer than 10,000out of 200 million! Instead we were given statements about how these are ‘growing networks’ as though this were something to be feared. The whole programme will have the effect of stirring up hatred against Christians in this country. I should know. I go into schools and children who know nothing about Christianity see fit to condemn, yell and abuse me as being “Westboro Baptist’ – because of what they have seen on TV or the internet.

Would the BBC have made such a programme about an extremist Jewish fringe? Or Islamic? I very much doubt it. So why waste six months and a great deal of money making a programme (which has been made before several times – eg Louis Theroux) except as at best a lesson in virtue signalling and at worst another attempt to mock Christians and stir up prejudice and hatred against us.

There is such a thing as Christophobia and this programme exemplifies it. It was also counter productive. As Hannah points out these extremist fringe groups ‘positively thrive on negative reactions from society” and so the BBC helpfully provide them with the oxygen of publicity they so desperately need. This means that those of us who are trying to combat the hatred of such groups and the hatred of militant secularists find ourselves being sidelined yet again – as the BBC plumbs the depths of the lunatic fringe in order at best boost ratings and at worst encourage prejudice.