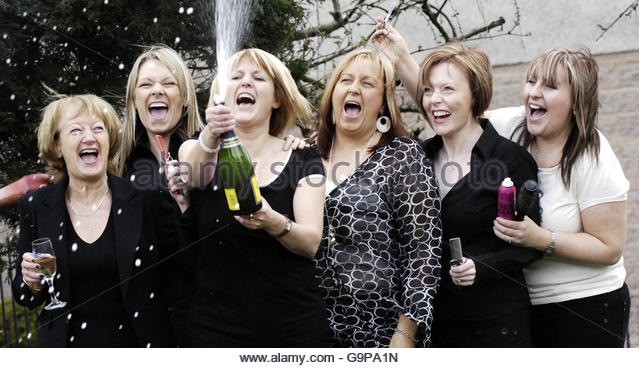 This is my article in The Scotsman today.  You can get the original by clicking the link – (or better still buying a paper and passing it on to others)….There is also a superb article from the Catholic Bishops Council on the same page….below is the text with the two parts in block quotes that were left out….

Here’s Hoping you Have Something to Live For –

Humans can live for weeks without food, days without water and minutes without air – but no one can live for seconds without hope. Hope is that almost indefinable quality which all of us need to live and not just merely exist. As the suicide rate in Scotland continues to increase, perhaps we need to ask what makes someone so despair that they despair of life itself? Why, when we live longer than ever before, when we are healthier and wealthier than any other generation in Scottish history, do so many people feel so hopeless?

What do we mean when we are talking about hope? The dictionary definition is “a feeling of expectation and desire for a particular thing to happen” or “to want something to happen or be the case”. There are those who hope that Scotland will become independent in both those senses. There are others who hope they will be famous, win the lottery or marry a prince. But what realistic hopes are we offering to young people?

We live in a culture that has been indoctrinated into believing that human beings are always progressing. This is assumed in economic, moral and social terms and is always assumed to be a good thing. When Tony Blair came to power the anthem blasting out from the loudspeakers was D:ream’s “Things can only get better”. Morally we have been fed the view that we are advancing from the primitive and the Dark Ages into a new moral enlightenment. Socially we are progressing to a more equal, just and fair society. The “haves” who benefit from the current societal and economic arrangements like to suggest that this is already happening. But others are not so sure.

Secular optimism in economic progress is both flawed and illogical. Is never ending economic progress even desirable? As for moral progress, what are we progressing to? What will be the next progressive cause? The trouble is that the atheistic secularist version of hope, social progressiveness, is limited and destructive.

Tim Keller, in his latest book Making Sense of God, cites Howard Thurman, an African American scholar who gave a famous Harvard lecture on the meaning of “Negro spirituals”. He talked about how the Christian hope expressed in them was essential and that the modern secularist hope would have been useless. “Imagine sitting down with 19th-century slaves and saying ‘there will never be a Judgment Day in which wrongdoing will be put right. There is no future world and life in which your desires will ever be satisfied. This life is all there is. When you die, you simply cease to exist. Our only real hope for a better world lies in improved social policy. Now, with these things in mind, go out there, keep your head high, and live a life of courage and love. Don’t give in to despair.”

During the course of a debate I had with a government advocate of Same Sex Marriage, a member of the audience asked us, ‘what is your hope in life?’. My opponent stated that as a Liberal Democrat his hope was to raise the tax threshold to £10,000. I was almost lost for words! That’s your hope?! What must life be like if that is really your hope?

As a minister for over 30 years I have noted that most human beings are scared of death, even those who profess not to be. Our culture is desperately trying to tell us that death is just a natural part of life, that it is all part of the “circle of life”. People talk about the body going back to being part of the earth/cosmos/stardust as though this is somehow supposed to be comforting and enlightening. But most people, despite all the attempts to convince us otherwise, realise that we are a little bit more than fertiliser!

if we are as Bertrand Russell argues, “a blob of carbon floating form one meaningless existence to another”.

As a Christian minister I see a lot of death, a lot of hopelessness and a lot of false hope. But I also see something that is real. Another dictionary definition of hope is “a feeling of trust”. The Christian’s hope is that they are freed from their fear of death because of the eternal life given them as they trust in Christ. The result of that understanding is that the only thing death can do for the Christian, is make life better. This is not wishful thinking but a concrete hope. Because of the resurrection of Christ our whole worldview and perspective is changed. Christians don’t kill for our faith, we die for it and we live for it. Because for us to live is Christ and to die is gain.

As Keller points out; “If Jesus Christ was really raised from the dead – if he is really the Son of God and you believe in him – all these things that you long for most desperately will come true at last. We will escape time and death. We will know love without parting, we will even communicate with non-human beings (think angels), and we will see evil defeated forever”. Such a hope is beyond anything this world can offer. It’s what a helpless and hopeless people need!

How fascinating that yesterday the Guardian published the world’s alternative

The reaction to this article has been strong – with people really appreciating it and of course those who rant with hatred….best of the latter is our friends in Secular Scotland who liked it so much they published it twice – although someone professing to be a Christian didn’t –  “It’s a shockingly insensitive, irresponsible and downright inaccurate article.” If anyone could explain to me what precisely is wrong in this article and what a Christian could object to – I will give you a prize! It seems as though the irrationality and hatred of the militant secularists (even those who profess to be Christian) knows no rational bounds!

In their haste to hate and condemn they also seem to have an inability to understand and read what is being said – according to the SS Christian “To suggest people commit suicide because they’re afraid of death is absurd. To imply they despair of being rich or famous trivilises the reality of the pain they feel.” – the only problem is that no where in the article did I say either of those things!  Mainly because I don’t believe them. If you are afraid of death you would not commit suicide (its because you despair of life)…and the rich and famous are probably more likely to commit suicide once they realise that their wealth and fame means nothing!   But hey why bother with truth? If you can’t argue against what is being said – just make it up…