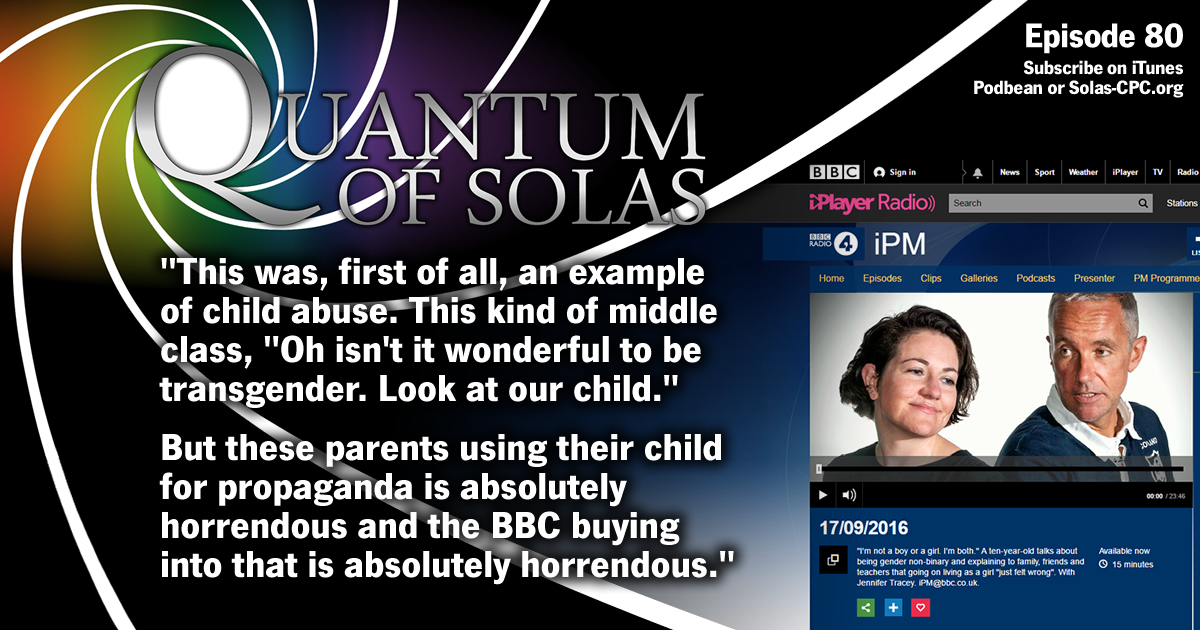 You can listen on iTunes, Podbean or the Solas website here.

The Conservative Woman – Ken MacIntosh: Transgender kids are cool, if you believe their crazy parents and the BBC

Faith economy worth $1.2tn a year

The Guardian: Religion in US ‘worth more than Google and Apple combined’