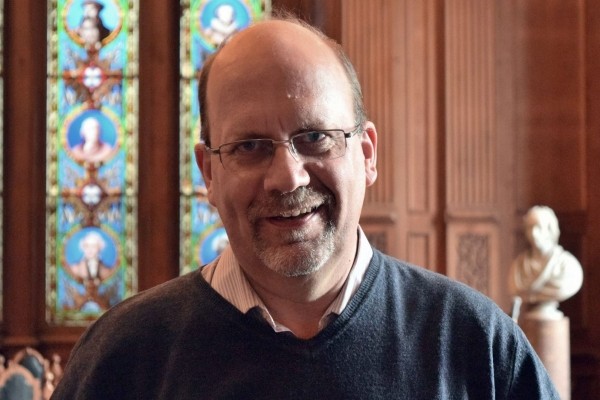 This article appeared in The National today.

A LEADING Free Church of Scotland minister has accused humanists of being “fundamentally dishonest” over their legal challenge to give pupils the right to opt out of religious observance in Scottish schools.

The former moderator of the Free Church of Scotland hit out at claims by the Humanist Society Scotland (HSS) that the Scottish Government’s refusal to update guidance in the wake of the UN review meant ministers had potentially acted unlawfully.

Rev David Robertson, who is also director of the Solas Centre for Public Christianity, said: “I think what the Humanist Society is doing is disingenuous and fundamentally dishonest. My view is they want to get rid of Christianity, and in fact all religions, from the Scottish state education system altogether. That is what they are working towards. I noticed when I looked on the Scottish Secular’s website there was delight, like ‘oh, get rid of the whole thing’.

“I think this is their first step towards doing that. I think that the Scottish Government has a legal right to have these acts of worship because they’re not compelling anyone because people can withdraw. I think it is part of an ongoing campaign to try and remove Christianity, in particular, from schools in Scotland.”

He insisted that if the humanists want their own schools then they should have them but he warned schools that were handed over to the state from churches would need to be given back.

Robertson added: “Humanists are always looking for some way to try and exclude anything that doesn’t fit their point of view. I think there should be more Christianity in schools, not less.

“Remember that the Scottish state education systems were split into Catholic and non-denominational, and all churches handed over all their schools to the state on the condition they would continue to be basically Christian schools.

“If we are moving towards an education system in which Christianity is excluded, then, what I would say is, one – give us our schools back, and two – we have to have a greater variety in education, because the United Nations charter on human rights and the European Court of Human Rights both state parents have the right to have their children educated in accordance with their philosophical and religious convictions and that is a human right that needs to be maintained.

“So, if the humanists want to have humanists schools then let them do it, and you could have Catholic schools, broadly Christian schools, or whatever, providing they fit in with the criteria the Scottish Government puts forward. I would think let parents choose, let’s have that diversity, but what the humanists are proposing is that we only have humanist schools.”

HSS is seeking a judicial review at the Court of Session in Edinburgh after the Scottish Government rejected calls for a change to the current rules which permit only parents to opt out on their children’s behalf. The move follows a recent review by the United Nations Children’s Rights Committee which recommended the parental right to opt out of religious observance should be extended to young people.

Under the legal action submitted the HSS has deliberately not specified at what stage children should be given the right to avoid religious observance in schools, but a number of options are available from 13 upwards.

The Scottish Government believes its position chimes with the European Convention of Human Rights, which rules that learning and teaching must take place in a way that respects both religious and non-religious beliefs and it has been argued that schools already have a duty to take into account the views of their pupils who would be expected to discuss the issue of withdrawal with their parents.

Reacting to Robertson’s comments, HSS Chief Executive Gordon MacRae said: “Religious Observance is a legal requirement for all Scottish schools. We have worked hard for years to secure progressive reform of this outdated requirement.

“However, our efforts to seek reform have failed. What we are now asking is that the Scottish Government respect the rights of young people to be able to opt-out of religious observance if they wish.”

“The issue of Religious Observance is very different to education about religion and belief. A broad education help children develop an understanding of a range of religious views and non-religious beliefs, that is why HSS works closely with Education Scotland and others to help support and develop the RME (Religious and Moral Education) curriculum.”

What I find interesting is that this article is the second most popular on The National website.   And the comments afterwards.  The Humanists/Atheists/Secularists really can’t grasp why we would want any other education system than theirs.  They don’t seem to realise that we pay taxes too and we don’t want our taxes paying for an education system which indoctrinates our children against what they are taught at home.  That is a basic human right which they want to deny to us.   What is also interesting is that this is an argument that we are winning in the wider society.  There are many people who are not Christians who understand the need for equality and diversity and are appalled by the militant and exclusive doctrines of the secularists!