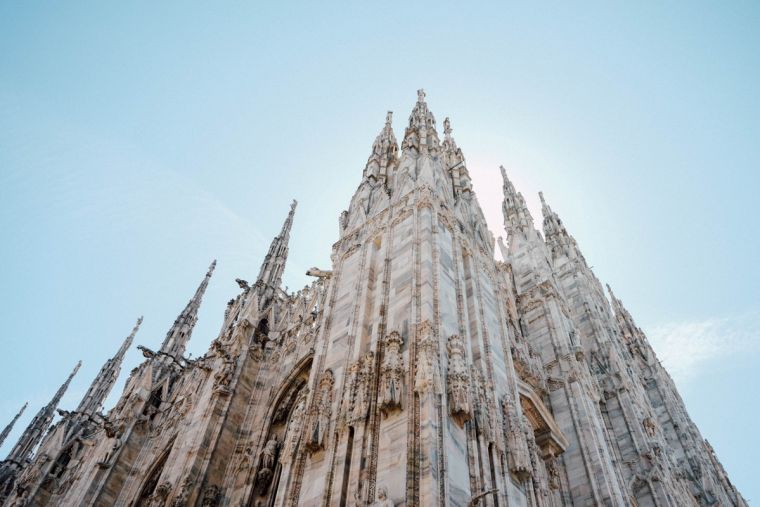 This is part 3 of our Revelation articles in Christian Today

Ah, says the Christian, he has – in Christ.

But, comes the response, where is Jesus now? We need him to speak to us.

And how does he do so? The terrifying answer is that the Lord reveals himself to the world, largely through his church. It’s a scary thought because the church often appears to be so messed up – and messy church too often leads to messy and confused views of Christ.

Jesus’ letter to the ‘angel’ (possibly the pastor) of the church in Ephesus in Revelation 2 gives us a big clue as to how this works. Richard Bauckham in his superb The Theology of the Book of Revelation points out that the role of Christ in prophesying to the churches is essential to our prophesying to the world. In other words, if we are not listening to Christ, then we will not be able to communicate him to the world. I suspect that much of the reason for the decline of the church in the Western world is not the state of the society, but rather the state of the church. We have ceased to listen to the words of Christ and as a result the world has ceased to listen to us. Christ’s warnings, commendations and promises to the church in Ephesus in the 21st Century are surely apposite to us in the 21st Century as well. It deals with one of the great missing links in the church in the UK today – passion!

Ephesus was a Greek colony in modern day Turkey. It was a busy commercial port situated near the mouth of the Cayster river and was considered the gateway to Asia. It was also the headquarters of the cult of the Greek goddess Diana. Her temple was one of the seven wonders of the ancient world with 127 marble columns each 62 feet high. Beside her temple was an impressive 25,000 seater stadium, the ruins of which you can still visit today. The Ephesians prided themselves on being particularly civilised and enlightened – indeed, the city was known as the light of Asia.

The church in Ephesus had quite a spectacular start (which you can read about in Acts 19). The baptism of the Holy Spirit, a three month series of debates by Paul in the local synagogue, two years of daily lectures in the lecture hall of Tyrannus, extraordinary handkerchief miracles, casting out of evil spirits and a massive city-wide riot leading to Paul and his companions being shouted at in the stadium for two hours, before they were rescued by the Roman magistrate and then left the city. It is to this church that Christ speaks several decades later in Revelation 2:1-7.

Christ knows his people – the analysis that really matters is not the SWOT (Stengths, Weaknesses, Opportunities and Threats) survey done by the Christian professional who evaluates your church. It is the SWOT analysis done by the one who holds the seven stars in his right hand and walks among the seven golden lampstands. He knows. He knows everything. We cannot fool Christ for one second. Its why hypocrisy in church is just so dumb; we are fooling only ourselves.

The Ephesian church had some great strengths. They were hardworking. They persevered – after all, John was in prison on Patmos because of the persecution the church in Ephesus faced. They were doctrinally sound (they hated the practices of the Nicolaitans – idolatry and sexual immorality). And they were tireless. Sometimes in our analysis of the church, whether locally or nationally, we can be too negative. Perhaps our temprement or frustration means that we do not see or acknowledge the strengths. It might be a wise thing for us to sit down with a blank sheet of paper and write down the things in our church that we can give thanks for.

But Christ also sees the weaknesses. And for them it was a hard one to take: they had lost their first love. The last time Paul saw the Ephesian elders, on the beach at Miletus (Acts 20:17-38) he warned them with tears that savage wolves would come from outside and from within to attack the flock. He warned about those who would use the gospel to make money and who would forget the weak. I am sure that this applies to many of the churches in the West today.

But it is this one specific accusation of Christ which really strikes home to my heart: “You have forsaken the love you had at first”. Christ searches our hearts. Orthodoxy is not enough. Hard work is not enough. Indeed it is all too easy to be so preoccupied with Christian service that we can turn away from Christ himself. What we do for the Lord is important – but even more so is why we do it. We need passion as well as purity – love as well as work. It is interesting that the term love is used more than 20 times in Ephesians. You would think that the Holy Spirit knew what their weakness was going to be!

Losing our first love is much more than losing a feeling, but we do need to examine our hearts to see if the passion is still there.

How do we know? Octavius Winslow, the 19th Century evangelical preacher, gives us a helpful checklist to enable us to know where we are at. God becomes less an object of desire and contemplation; there is a loss of confidence and trust in God; we have hard thoughts of God in his dealings; we feel it a duty rather than privilege in spiritual exercises; we have less spiritual sensitivity; Christ becomes less glorious to the eye and precious to the heart; our love to Christ’s people starts to decay; our interest in the advancement and prosperity of the cause of Christ begins to wane. It is so easy for us to take refuge in formality and become professional Christians. It is so easy to fall from the works of love to hard labour.

That’s the diagnosis, but what’s the cure?

Christ calls us to remember and contrast the warmth of the Ephesians’ past devotion with their present coldness, and to repent. “If we confess our sins, he is faithful and just and will forgive us our sins and purify us from all unrighteousness.” (1 John 1:9, NIV) Martin Luther was surely right to identify daily repentance as a characteristic of a living and growing Christian. We are also to do. We are not just to sit around and wait for the feeling to return, we are to do the things we did at first.

And there is a stark warning. If we don’t, Christ will come and remove the lampstand. We will cease to be his church. A church without love cannot remain a church, no matter how orthodox its creed.Ichabod, ‘the glory has departed’, was written over Ephesus, which largely disappeared as both a city and a church. I wonder how many churches in the UK today are dead shells, living off past glories and not experiencing or expressing the love of Christ? We speak of the love of Christ… but we don’t know it. It is our greatest need – as Paul told the Ephesians: “I pray that the eyes of your heart may be enlightened in order that you may know….” (Ephesians 1:18)

Christ has so much more to offer us. We are living off the memories of past meals when he has a feast for us now and in heaven. He gives his victorious people the right to eat from the tree of life. The curse of the exclusion from Eden is taken away and the door is open to Paradise. How sad it is when people believe the lie of the devil that he is the author of pleasure. He is the distorter and perverter of pleasure, not its author. It is at God’s right hand that there are pleasures evermore (Psalm 16:11). Why give up the eternal pleasures, beauties, glories and gifts of Christ for the short-lived, shallow and empty delusions of the evil one?

What better way to finish than Paul’s wonderful prayer for the Ephesians:

“For this reason I kneel before the Father, from whom every family in heaven and on earth derives its name. I pray that out of his glorious riches he may strengthen you with power through his Spirit in your inner being, so that Christ may dwell in your hearts through faith. And I pray that you, being rooted and established in love, may have power, together with all the Lord’s holy people, to grasp how wide and long and high and deep is the love of Christ, and to know this love that surpasses knowledge – that you may be filled to the measure of all the fullness of God.Now to him who is able to do immeasurably more than all we ask or imagine, according to his power that is at work within us, to him be glory in the church and in Christ Jesus throughout all generations, for ever and ever! Amen.” (Ephesians 3:14-21)

The other two articles are here: