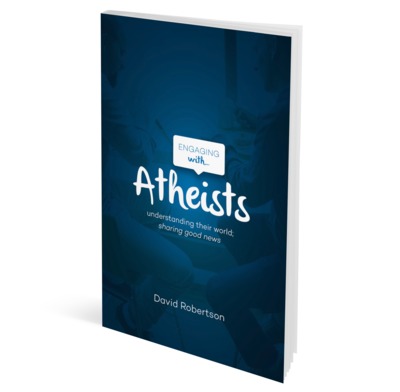 Is Christianity Regressive?  This is my latest post in the Christian Today series on Apologetics

So we have been talking about Jesus, the beginnings of the Church and its history, but what about today? Church was fine in the 19th Century and, in a kind of English country village way, in the 20th. But apart from a few redneck areas in the US, Northern Ireland, the Western Isles of Scotland and some backward parts of the world, isn’t it the case that modern humanity has just outgrown the need for God? The church is in its dying throes and the sooner we come to our senses the better. It’s a common perception but…

Is it what is really happening? John Gray, the atheist philosopher, mocks his fellow atheists’ rather unrealistic faith in this regard. He states that they believe that “the grand march of secular reason would continue, with more and more societies joining the modern west in marginalising religion. Someday, religious belief would be no more important than personal hobbies or ethnic cuisines.” But that is not happening. A Pew research study shows that by 2050 it is expected that only 13 per cent of the world’s population will not be religious, compared to 16 per cent today. Although the growth of the non-religious is expected to continue in the West. And therein lies the problem. This is all about a limited Western perception.

“Western atheism presupposes that Western Liberal values are at the top of the evolutionary tree.”

My main problem with this Western narrative is that it is so inherently smug, superior, self-destructive and indeed racist. It presupposes that Western Liberal values are at the top of the evolutionary tree. The atheists have form for this. Thomas Huxley, Darwin’s bull, once stated: “No rational man, cognizant of the facts, believes that the average Negro is the equal, still less the superior of, of the white man.” HG Wells in his New Republic in answering the question as to how the New Republic would deal with the ‘inferior races’ such as the black, the yellow man etc stated, “Well, the world is a world, and not a charitable institution, and I take it they will have to go.” He made it quite clear what he meant – the extermination of ‘inferior’ races. Of course every good Western liberal now deplores racism based on biology, (it’s good that they have finally caught up with the Christian teaching that all human beings are created equal!), but there is a cultural type of racism which is still seen in this kind of superior attitude.

There is also chronological snobbery. We have bought into the myth that we are inevitably ‘progressing’. This permeates down throughout society. It’s quite amusing to be told by a 15-year-old NED (Non Educated Delinquent) who can barely read and write, that he is superior to the ancient Greeks, just because they were ancient!

But what if we are wrong? What if Western society is actually regressing? I heard Professor John Haldane of the University of St Andrew’s give a brilliant lecture on this in which he argued that ‘progression’ has only happened in terms of science, but that it cannot be assumed in terms of morality, art, literature, philosophy, politics and many other spheres of human activity. Anyone with half a brain, a whole eye and a listening ear, watching today’s British TV will soon suspect that perhaps music and morality have not progressed much in the past 50 years!

But that doesn’t stop our atheist friends who are very reluctant to let go of their faith, whatever the evidence, and so the rejoinder comes. “Isn’t there an inevitable progression from polytheism to monotheism to atheism?”

It is part of their creed and one of their stock-in-trade one-liners that ‘Christians are atheists to all other gods except Jesus, atheists just go one god more’. The problem with this statement, is that it presupposes that Jesus is just one of the other man made gods. He is not man-made and therefore He cannot be man destroyed! However that does not stop people trying.

In the same line of argument is the schoolboy question, “Who made God then?” The answer to the question who made God is simply ‘nobody’. God is not made. God is the Creator, not the creation. God is outside of time and space. (This is not to say that he is not also in time and space and that there is not plenty evidence for him there.) God creates ex nihilo (out of nothing). That’s what makes him God. He does not craft from what is already there. He creates time, space and matter from nothing. I realise for some that is nonsense because the core of their creed is that evolution means that everything starts from the simple and becomes more complex, therefore because that is the case (and any designer would have to be incredibly complex) God cannot exist. But even if we grant that this is true for biology, biology is not everything. As Joe Fitzpatrick argues about Richard Dawkins’ belief that evolution explains everything; ‘Dawkins is methodologically confused, taking a principle of biological science and making it into a universal principle’. Who says that everything, including God himself, has to come from something? Christians and other theists do not argue that God was created. That is precisely the point. He did not come from anywhere. He has always been. He did not evolve, nor was he made. If there is a personal Creator of the Universe then it makes perfect sense to regard him as complex, beyond our understanding and eternal. When someone states that they can disprove God because there can de facto never be anything that was uncreated they are engaging in a circular argument. We do not believe in a created God. We believe in an uncreated supernatural power. The only alternative is to have faith that matter is eternal or that everything came from nothing by no one.

The Kalam Cosmological argument popularised by the Christian philosopher William Lane Craig, puts it this way.

The trouble is that our atheist friends have really bought into an unproveable narrative which they hold on to with all the tenacity of the most frightened fundamentalist and with which they try to ‘evangelise’ all and sundry. And so the myths/doctrines of inevitable progression and human beings having evolved from polytheism into the light of atheism have become part of the cultural zeitgeist which most of us inhabit.

Our only way of dealing with this is the biblical way. We have to challenge the cultural zeitgeist, by what we say, what we do and who we are. We are the rebels. We are the salt and the light. This weeks recommended book is my own Engaging with Atheists,

which looks at how we can challenge the prevailing cultural narrative. It is vital that we do so, because without a return to biblical Christianity, the West will regress to its pre-Christian past with all its regressive values.

David Robertson is the moderator of the Free Church of Scotland and director of Solas CPC, Dundee. Follow him on Twitter @theweeflea. For previous articles in his apologetics series, click here.

You can follow the rest of the series of going Here