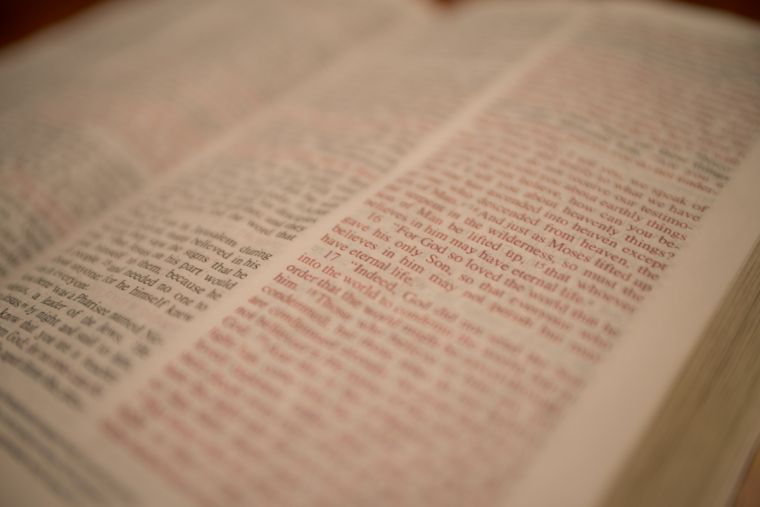 Here is my latest article in Christian Today  – The title should be the Message of Jesus but for some reason it has been changed to something that to me does not reflect the article.

Is the Bible really that important?

In this series so far I hope you can see how we have been gradually climbing the mountain towards greater enlightenment. We have examined the evidence gate, stepped up the science ladder, bounded along the Bible path, wrestled with the perceived Old Testament view of God, and waded through the quagmire of evil and suffering, until we have finally reached the summit of God’s self-revelation – his Son, Jesus Christ. This is the summit. This is the centre. From now on every path we take goes from Christ and returns to Christ.

How do we know Jesus’ teaching?

Pope Benedict put it beautifully: “Jesus’ teaching is not the product of human learning, of whatever kind. It originates from immediate contact with the Father, from ‘face-to-face’ dialogue – from the vision of the one who rests close to the Father’s heart. It is the Son’s word.” The words that Jesus speaks come from the Father. He himself is the ultimate revelation and as such what he says, God says. Of course there are those who have real difficulty in accepting any concept of God being able to reveal himself, but that is an emotional difficulty rather than a logical one. It is deeply prejudiced.

Does this mean that we should all be ‘red letter’ Christians? You know, the ones who have Bibles with the actual words of Jesus in red, with the implication that the rest, especially the Old Testament, can be sidelined? No, because to do so would be to go against the message of Christ. Jesus himself regarded the whole Bible as the Word of God, and as being about him. For example, after his resurrection Jesus met two of his disciples and rebuked them for their lack of faith. He said to them, “‘How foolish you are, and how slow of heart to believe all that the prophets have spoken! Did not the Christ have to suffer these things and then enter his glory?’ And beginning with Moses and all the Prophets, he explained to them what was said in all the Scriptures concerning himself.” (Luke 24:25-27)

Jesus Taught. He not only explained the Old Testament (which we should always read through his eyes) but he brought new revelation and appointed apostles to record that revelation. In the first century, religious teachers were often boring, irrelevant and incomprehensible (not much has changed then?!), but he was different. “When Jesus had finished saying these things, the crowds were amazed at his teaching, because he taught as one who had authority, and not as their teachers of the law.” (Matthew 7:28-29) His authority was not the authority of the tyrant, the bully, or the show off. It was simply the authority of truth, the authority of God. It rang true to the people. And they were amazed.

But does it apply today? How can we understand it?

To answer that we need to do two things. First of all, get rid of our chronological snobbery – just because we are 21st century people does not necessarily mean that we are more intelligent, perceptive and wise than first century people, or that our essential needs are different. Secondly, we need to hear the message and to realise that there is no Bible code, no special mystical experience, no guru, and no theology degree needed. Of course, there are difficult parts and some things you will keep coming back to. But the great thing about the Bible is that reading it for the first time you can learn so much, just as you can if you’re reading it for the thousandth time.

It is not simplistic. The amazing thing about the Bible is that there is incredible depth to it. I have been studying the Bible for more than 30 years and I am still amazed by it. Sometimes it is depressing for me to go to a church or watch a Christian TV programme and hear teaching that is shallow, superficial and as useful as a chocolate teapot. Somehow some of us in the modern Church have got it into our heads that the teaching of Jesus is not suitable for our age and that we need to make it more relevant. We don’t need to make the Bible relevant – it is relevant. It requires a special skill to make the Bible irrelevant and yet that is a skill that seems to be acquired quite easily!

It is not easy and trite. The Bible is not full of Hallmark-style sound bites. The teachings of Christ are radical. FF Bruce has a wonderful book called The Hard Sayings of Jesus, one example of which is Jesus apparently telling people to hate their parents. “Large crowds were traveling with Jesus, and turning to them he said: ‘If anyone comes to me and does not hate his father and mother, his wife and children, his brothers and sisters – yes, even his own life – he cannot be my disciple. And anyone who does not carry his cross and follow me cannot be my disciple.’” (Luke 14:25-27)

The key to understanding difficult passages is to interpret Scripture with Scripture, and always in context. Jesus taught that those who follow him should honour their parents. So what did he mean? He was talking to large crowds that were following him because of his miracles. He wanted to warn them that following him was not going to be easy; that they could not even let family ties prevent them from following him. His language was shocking, arresting and challenging. It still is.

His message is not moralism. It is not the kind of teaching that sees God as some kind of bizarre authority in the sky who tells us all how to behave ourselves and rewards us with sweeties. That is the notion of God that many grow up with and not surprisingly reject. It has rightly been described as moralistic therapeutic deism.

His message is not lost. Every now and then a new book comes out in which a ‘Christian’ scholar/teacher/prophet tells us that they have discovered the lost message of Jesus. What they usually mean is that they have decided what they want and then just leave out the bits they don’t like. Such a message, of course, is not the lost message of Jesus, it is just their own. Whether it is the old-style cults such as the Jehovah’s Witness, 19th Century Protestant liberals or modern day ‘evangelicals’ – it is all the same. Any message that takes away or adds to the message of Christ is not the message of Christ.

So what is the teaching of Jesus?

If I had to summarise, I would say that Jesus taught about many things – money, sex, marriage, God, humanity – but perhaps the best summary is his own. He said that he had come to teach about the kingdom of God. “I must preach the good news of the kingdom of God to the other towns also, because that is why I was sent.” (Luke 4:43) The kingdom of God is where God’s reign as king is honoured and his will is done. It is a kingdom of joy, peace, justice and righteousness. It is good news (hence the term Gospel) because it is a kingdom of love. The atheist philosopher Bertrand Russell once stated: “Nothing can penetrate the loneliness of the human heart except the highest intensity of the sort of love the religious teachers have produced”. And supreme amongst those teachers was the one who is Love himself.

The message of the Kingdom is the message of the King – it is about Jesus himself. If you or I taught a message which was about us then we would rightly be accused of arrogance and conceit. But Jesus taught about himself because he really is the Good News. His message is one of self-witness. His use of the terms Son of Man and the Son of David were in the context of the Old Testament claims to Deity. He was claiming he was God. He spoke of his atoning death and death defeating resurrection. He claimed to be able to forgive sins (Matthew 9:6) and to be the Son of God (Matthew 28:19). His teaching comes not from human learning, which is always derived, but from direct contact with God the Father. That is what makes it so authoritative and powerful.

Does he continue to speak?

Yes – through his Word. Calvin said this: “And let us not take into our heads either to seek out God anywhere else than in his Sacred Word, or to think anything about him that is not prompted by his Word, or to speak anything that is not taken from that Word.” Some people want to accuse those of us who believe this of reducing the person of Christ into a book. They talk about how the Word became flesh and the Church has now made him Word again. But they are making a false dichotomy between ‘logos’ (reason, the impartation of information) and reality. In the Bible, God spoke and the world came into being. He sends his Son to speak life into us. The Word still does that. The law has become a person, Jesus Christ, who is himself the truth – and he communicates himself through truth. That is why he chose his 12 disciples and gave them the Holy Spirit, so that they could remember, record, proclaim and pass on his teaching. That is how we know his teaching… and that is why the Church exists. To be the pillar and foundation of the truth, built upon the apostles and prophets, who brought us the teaching of Christ.

In our next article we will look at what Christ did as well as taught, but for now we need to remember that the words of Christ are as powerful as any of his actions, and the two cannot be separated. Our words may have a certain degree of power, but they are rarely permanent. But the words of Christ are in a different class. “Heaven and earth will pass away but my words will never pass away.” (Matthew 24:35) That’s how important the teaching of Jesus is.