Scotland has got so much smarter over the pandemic.  At least according to this years school exams where ‘A” s were 20% higher than in pre-pandemic times. https://www.bbc.com/news/uk-scotland-58150287

Somerville’s Land of Milk and Honey (and correct pronouns)

In the fantasy world inhabited by some of the Scottish Government – where everything they do is milk and honey and everything bad is from the evil ‘Westminster’ – this is attributed to real success. Education Secretary Shirley-Anne Somerville said pupils had delivered “a strong set of results, achieved under extraordinary circumstances”.

I was amazed listening to a BBC Radio Scotland programme about the latest exam results – when the ‘journalist’ and guests spoke about people daring to question the reality of these results,  as doing harm and hurting the feelings of the young people.

Meanwhile in England, the pupils are not as bright – with the increase only being a few percentage points – https://www.bbc.com/news/education-58174253

In addition to this, Tony Blairs son, Euan, has declared that his father’s aim to get 50% of young people into University was ‘outdated’ and ‘unfit for purpose’.  https://www.telegraph.co.uk/technology/2021/08/11/tony-blairs-university-pledge-has-failed-says-son/

““When you look at the 50pc target, the belief was the more people go to university, the more people can access great opportunities, the more we would transition people fairly from full time education to full time employment. It has not worked out that way.”   When Blair decided that education was about training for jobs and not education, is where it all went wrong.  What’s wrong with education for education’s sake? 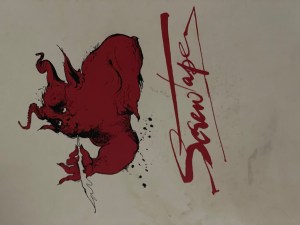 C S Lewis, as with so many modern trends, saw this coming.  These are his prescient words from Screwtape Proposes a Toast’ –  incredibly published 64 years ago in 1957.   Screwtape observes:

“The basic principle of the new education is to be that dunces and idlers must not be made to feel inferior to intelligent and industrious pupils. That would be ‘undemocratic’. These differences between the pupils – for they are obviously and nakedly individual differences – must be disguised. This can be done on various levels.

At schools, the children who are too stupid or lazy to learn languages and mathematics and  elementary science can be set to doing the things that children used to do in their spare time. Let them, for example, make mud pies and call it modelling. But all the time there must be no faintest hint that they are inferior to the children who are at work. Whatever nonsense they are engaged in must have – I believe the English already use the phrase-  ‘parity of esteem’.

An even more drastic scheme is not impossible. Children who are fit to proceed to a higher class may be artificially kept back, because the others would get a trauma – Beelzebub, what a useful word! – by  being left behind. The bright pupil thus remains democratically fettered to his own age group throughout his school career, , and a boy who would be capable of tackling Aeschylus or Dante sits listening to his coeval’s attempts to spell out A CAT SAT ON THE MAT.

In a word we may reasonably hope for the virtual abolition of education when I’m as good as you as fully had its way. All incentives to learn and all penalties for not learning will vanish. The few who might want to learn will be prevented; who are they to overtop their fellows? And anyway the teachers – or should I say, nurses? – will be far too busy reassuring the dunces and patting them on the back to waste any time on real teaching. We shall no longer have to plan and toil to spread imperturbable conceit and incurable ignorance among men. The little vermin themselves will do it for us.

Of course this would not follow unless all education became state education. But it will.

(Screwtape Proposes a Toast – p140 of the Folio edition of the Screwtape Letters).