We do live in extraordinary times.  At times it seems as though society is disintegrating.   I do feel a lot for politicians who have to make difficult decisions and are then faced with media and social media criticism, whatever happens – or attacks from their fellow politicians who are not in power and so don’t have to carry the consequences of their policies.   Having said that I am concerned that there is an increasing pattern of what I call Saviour Politicians – those who think that they are going to be the Saviours of their areas.  They have a Messiah complex – which leads to increasing delusions of grandeur.  In the name of saving humanity, they become inhumane.   There are numerous examples of this – but this week a couple of stories from Queensland have stunned me.  Let me quote two news articles.

Four Australian children desperate to travel to see their dying father have been told the family must pay A$16,000 (£9,000) in hotel quarantine fees to see him.Mark Keans, 39, has terminal cancer and is at home in Brisbane, Queensland, while his four children are in Sydney. Queensland authorities have refused repeated pleas to grant an exemption to tough Covid-19 travel restrictions. More than A$200,000 has now been raised after the case caused outrage.

Australia has implemented extremely tough travel restrictions to control Covid-19, including on movement between the country’s states and territories. Mr Keans was initially told he needed to choose just one child who would be permitted to see him. The state government eventually backed down and agreed to allow all of the children to travel to see their father.But this was only permitted on the grounds that they spend two weeks in hotel quarantine at their own expense. They would also only be able to visit their father in full personal protective equipment (PPE).

“My wife turned around and says so what you’re expecting us to pay is more money to visit him then what it’s going to cost to bury him,” the children’s grandfather Bruce Langborne told broadcaster 7NEWS. A GoFundMe page was then set up with the aim of raising A$30,000, but it soon smashed that target and has hit A$200,000. Prime Minister Scott Morrison donated A$1,000.

And here is another one.

Queensland officials have rejected dozens of requests from the commonwealth and Scott Morrison to help distressed NSW families, including denying a mercy plea to allow a mother and father to visit their dying son’s bedside while his life support was turned off. An emotional Prime Minister revealed late on Thursday he had raised more than 40 cases with state and territory leaders regarding travel exemptions on compassionate grounds, after the Palaszczuk government refused to allow a 26-year-old woman from COVID-free ACT, Sarah Caisip, to leave hotel quarantine in Brisbane to attend her father’s funeral.

The stand-off reignited the nation’s border saga, with the Queensland Premier accusing Mr Morrison in state parliament of bullying her over her strict border controls. She later approved an eleventh-hour compromise that saw the grieving nursing graduate escorted from her hotel room by police in a government car, wearing full personal protective equipment and face shield, and taken to view her father’s body in private. The Queensland government denied Ms Caisip’s request despite it allowing AFL officials and wives of players into a Queensland bubble and celebrities such as actor Tom Hanks to self-quarantine in a resort as he returns to the Gold Coast to complete a film. 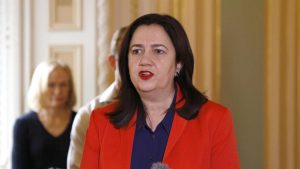 This is callous and cruel.  The astonishing thing is that the Queensland Premier Anastacisia Pallaszczuk is claiming victim status.  She has accussed Scott Morrison of bullying her because he responded to requests from desperate relatives.     The politicians will say ‘we are following the science’, but that is not true.  They have a very narrow focus (the Covid figures in their own state) which leaves out the human cost to those who are hit with this sledgehammer ideology.   Take for example the woman from the ACT.  There have been no cases there for 60 days, but nonetheless she is considered to be such a danger that she was banned from her own fathers’ bedside, and then funeral.  What astounds me even more is the way that people filter these incidents through political lenses – so if you are a supporter of Labor in Australia (like the SMH and the Guardian) you manage to turn this into an attack on Scott Morrison.   The politicisation of health has horrendous consequences for the health both of the nation and its people. 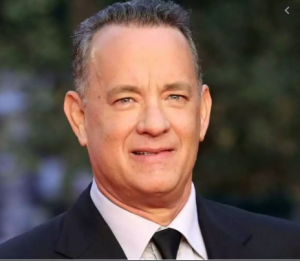 And then there is the hypocrisy.   Tom Hanks flew into Queensland this week – complete with two producers from the US, a choreographer from London and three hair and make-up designers from Italy.  They were granted exemptions because as the Queensland Chief Health Officer Jeannete Young stated – it was good for the economy.   Then there was the millionaire family from Victoria who sailed up to Queensland on their luxury yacht and were permitted to stay.   They were fined a paltry sum but one of them is a major sponsor of the Geelong Cats – sport and money come first.   And then there are the AFL players, wives, girlfriends who are allowed to come to Queensland.  I know of businesspeople who have no problem flying up to visit their businesses.    The message is simple.  We are prepared to trash the economy and ruin people’s lives – so that we can ‘save lives’ (or boast about lower case figures) but on the other hand, whilst we deny the most basic human right of being allowed to visit the dying, we will permit film and sport stars to come, ‘because it helps the economy’.  It’s a collective hypocritical madness.

Of course, Australia is not alone in this.  The pandemic has led to worldwide panic and hysteria – which is going to end up being more harmful than the illness itself.    I find it disappointing when Christians join in the fearmongering (just as I find it disappointing when Christians go to the other extreme and start spouting the Bill Gates conspiracy theorists – note…if you send me a message with Bill Gates in the title it will go straight in the bin!).   Can we not have a calmer, more rational and dare I say more biblical approach?

Anyway, work has continued.  This past week I loved being on the Janet Parshall show – where we discussed the Hate Crime bill and other issues.  You can listen to it here – 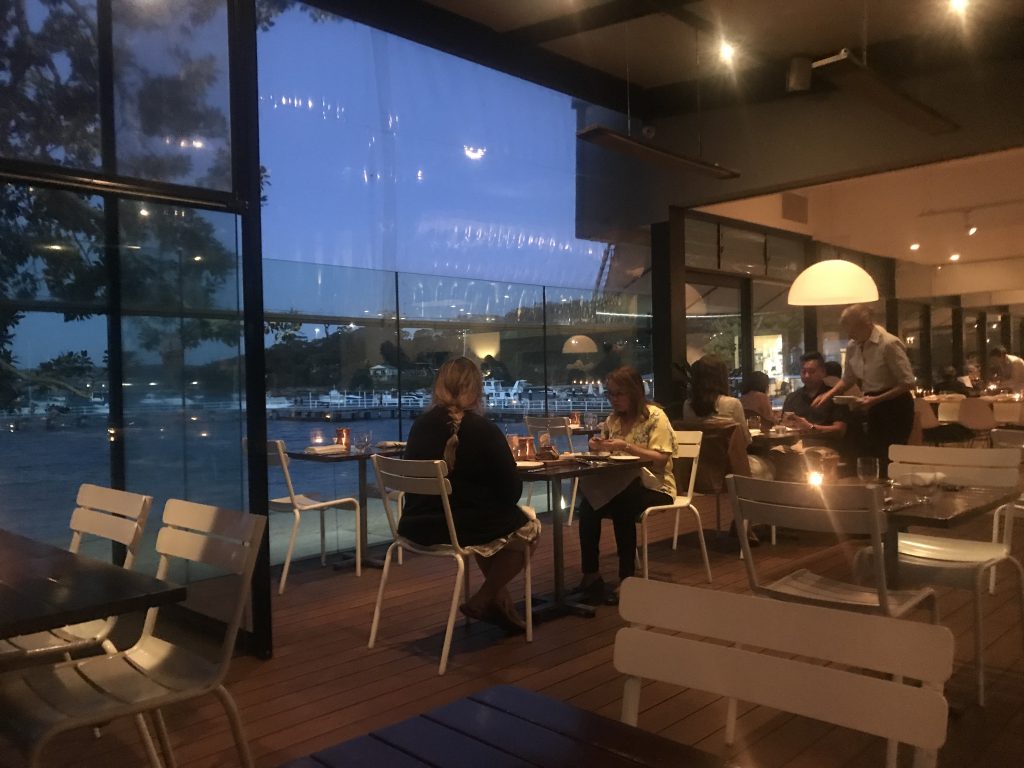 And on a lighter note – we have so much to be thankful for.  Annabel and I visited a restaurant called The Public Dining Room at Balmoral beach.  The food was beautiful – but what really makes this place is the beauty of the surroundings.   It was an oasis of calm and beauty, in a world of madness and ugliness.  May you know that beauty and peace in your own life and circumstances.  May the Lord grant you the still waters.   He is not cruel to be kind.  The Lord is good.  The Lord is kind.  The Lord reigns.

Art and Encouragment in Brisbane &#8211; Letter from Australia 7

Janet Parshall &#8211; Autism, Sampson, Butterfly and the Gender of God