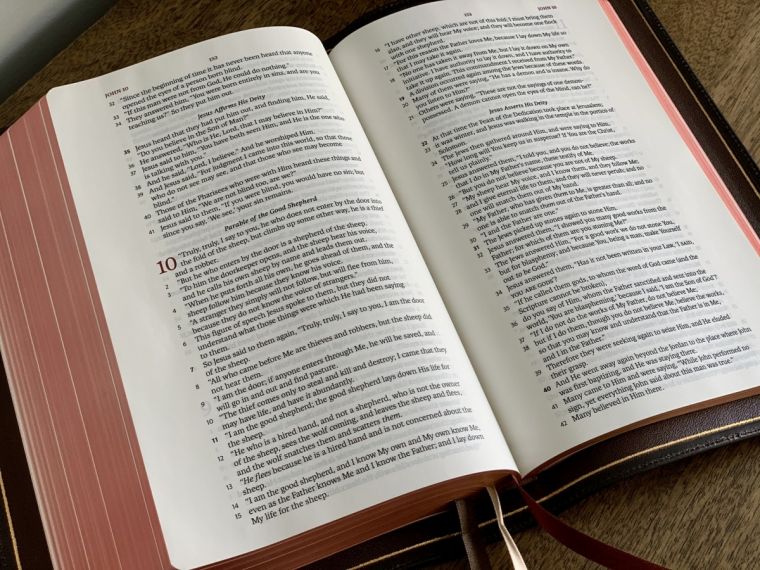 Can you imagine the uproar if a Christian leader were to use such terms on Twitter or Facebook? I suspect a ban would not be far away. At the very least, this could be considered ‘hate speech’ – and it hardly seems very loving. I can imagine the rebukes from fellow Christians accusing the perpetrator of not being very ‘Christlike’. The only problem is that it is Christ who used those words. And he was not done there. Take these strong words from Matthew 23.

“You blind fools!……..You are like whitewashed tombs, which look beautiful on the outside but are full of the bones of the dead and everything unclean……..You snakes, you brood of vipers! How will you escape being condemned to hell?” (Matthew 23)

Our notion of moron comes from the word that Jesus used for fool – not just an ignorant person, but a wicked and immoral person.

I thought of these when I heard that the Scottish parliament this week narrowly (by 31 to 30) passed the first stage of the proposed new hate crimes Bill – which is in effect a new blasphemy law. I have written before about the incredible dangers in this Bill – dangers which have been picked up by journalists, police, lawyers and politicians.

But also, some Christians seem unaware of the problems. One Christian MSP, John Mason, spoke in the Parliament in support: “I believe we as a Parliament and as Parliamentarians have a duty to at least restrain hatred in society, even if we cannot actually force anyone to love their enemy.”

At first glance, this seems reasonable. Who is going to disagree with the idea of stopping hatred? But how can we stop hate? Hatred comes from the heart. Powerful as politicians may be, they do not have the ability to change the human heart. In fact, as anyone involved in politics knows, they do not even have the ability to change their own hearts. The political authorities are there to punish wrongdoing (Romans 13:1-7), not wrong thinking! When politicians think they can do what they are unable to do, then trouble usually ensues as their illusions are shattered.

But there is a way that hearts can be changed, and enemies reconciled. I have sat in groups where former enemies who wanted to kill one another embraced each other. IRA and UVF terrorists in Northern Ireland, Serbs and Croats, black and white in South Africa. What caused the dividing wall of partition to be taken down? The Good News and love of Jesus Christ.

Does that mean that if the Scottish Parliament wants to get rid of hatred, they should make Christianity compulsory? Not at all – forced ‘conversion’ is no conversion at all. But the Scottish Government could, if they managed to overcome their ideological bias, do a lot of good by encouraging Christian churches who seek to communicate the goods news. A good Bible-based church in a housing community would do a whole lot more than just a drugs clinic – although ideally, we would have both!

John Mason also said: “So Patrick Harvie (the Scottish Green leader) and I can continue to debate about who should or should not have sex with whom. We can discuss and criticise each other’s views, even though we strongly disagree with each other. That is a sign of a healthy society and a healthy democracy. But what we must not do is seek to have the other and their views removed from the public square.”

The problem is that this law is designed to have opposing views removed from the public square. This is not about equality before the law, but rather about removing views that prove offensive to those in power. For example, concern has been expressed that JK Rowling could be guilty of a crime for her defence of the view that men cannot become women. In an ironic twist, Mr Mason’s comments were roundly condemned and mocked by Mr Harvie’s supporters, who think that Mason’s views have no place in a modern and ‘tolerant’ society.

The trouble is that the legislation seeks to prevent views that are ‘likely to stir up hatred’. Who gets to determine what those views are? Take two stories from the news in the UK this past week. After a man in Birmingham went on a stabbing spree, the police were quick to announce that this was ‘not a hate crime’. Why? How did they know that? I tend to think that anyone who stabs several people, killing one, may have some hate in his actions! What gives the police the right to determine what is and what is not hate crime? I suspect if the man concerned had been a member of a far right group, there would have been no hesitation in (rightfully) pronouncing it a ‘hate crime’.

Then there is the disturbing story of the preacher, Josh Williamson, the Australian pastor of a church in Newquay, Cornwall. After expressing his delight on Facebook that Cornwall Pride was not to go ahead and citing 1 Corinthians 6:9-11, he received a barrage of anti-Christian abuse, threats of violence and a warning that his church would be burnt down. By any standard, those threats should count as ‘hate speech. But what have the police done? Rather than deal with the abuse and threats of violence against Mr Williamson, they have warned him about expressing his views. It is an astonishing indication of just how discriminatory the police have become.

You don’t have to agree with Mr Williamson’s remarks, but he did not attempt to stop Pride, nor did he threaten violence. Yet he is the one who has been warned by the police. The most revealing aspect of this is the quote from one of the organisers of Cornwall Pride: “I respect everyone’s right to practise their religion whatever that may be, but these views are not a part of it.”

In other words, you have a right to practise your religion, but we will tell you what your religion should teach!

The new Scottish Hate Crime Bill is a replacement for the old blasphemy law. But instead of abolishing blasphemy, it will in effect introduce a new secular blasphemy law. The only difference is that this time the law will be used – just as it was 2,000 years ago when Jesus Christ was crucified for blasphemy. Under this new law, Jesus Christ would be prosecuted for hate speech.  Why should Christians today expect to be treated any differently?

How should we respond? The same way Christ did.

“When they hurled their insults at him he did not retaliate; when he suffered he made no threats. Instead he entrusted himself to him who judges justly.” (1 Peter 2:23)

We are called to be faithful, honest, patient, loving, truthful and prayerful.

“I urge, then, first of all, that petitions, prayers, intercession and thanksgiving be made for all people — for kings and all those in authority, that we may live peaceful and quiet lives in all godliness and holiness. This is good, and pleases God our Saviour, 4 who wants all people to be saved and to come to a knowledge of the truth.  (1 Timothy 2:1-4).

We deal with the hatred of humans by showing the love of Christ.