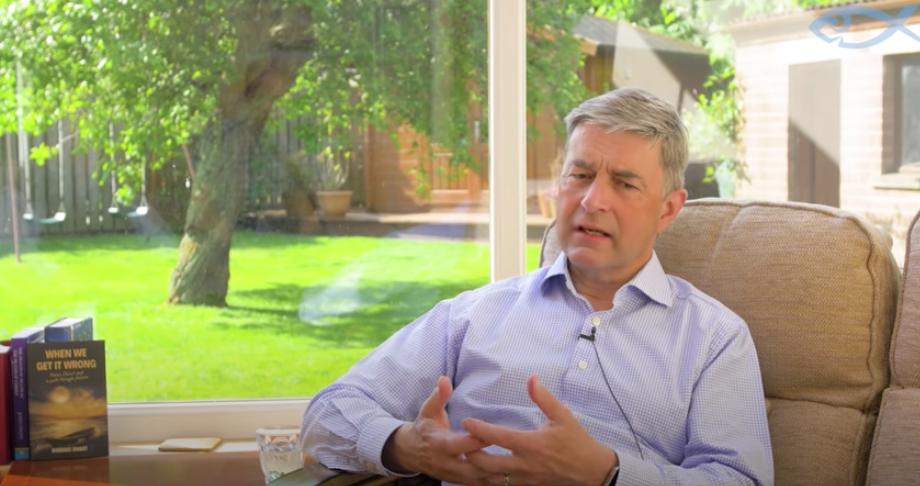 This weeks Quantum…looks at Tom and Jerry, the longest creature in the world, marrying a computer figure; clapping (again!); Steve Chalke and Ramadan; Israel, Denmark and the New Testament.

We also look at the sad story of the selfish Melbourne millionaire.

The creeping authoritarianism in Scotland reaches a new depth with the proposed new blasphemy laws.

Jacinda Ardern is being feted as the worlds ideal leader.  Impressive though she is there are reasons for concern – not least her wicked attitude towards the unborn.

But there is good news re Covid – its affecting gambling

Did you know that the Australian national anthem was written by a Scot?

Speaking of Australia we celebrate 250 years since Captain Cook landed at Botany bay.

Have you seen this video about Donald Trump’s Bible?

Tom Lennie has destroyed this myth…

The MYTH of Trump’s Bible

A 5-min video-clip, ‘Donald’s Bible’ has gone viral in recent weeks, creating great excitement. It began as a popular story in 2017, and relates to a religious revival on the Scottish island of Lewis some 70 years ago, from 1949-52. The story centered on the remarkable discovery that two elderly sisters involved in that revival were in fact the great-aunts of no less than the 45th President of the United States of America, Mr. Donald Trump himself. Additional details soon got added to the narrative – paving the way for the current video.

It’s an intriguing story for sure. And at first glance it seems quite possible. It’s no secret that Trump’s mother, Mary Anne Smith Macleod, hailed from Lewis. Her own mother’s maiden name was indeed Smith – she lived from 1867 till 1963. This would have been roughly contemporaneous with the lives of Christine and Peggy Smith, who are famed in revival folklore for their lives of faith and intercession.

But sadly the story’s not true. In fact it’s riddled with problems. There are hundreds of Smiths in the Western Isles, and the names Christine and Peggy Smith do not match with Trump’s relatives. Further, Lewis is a relatively small, well-connected island where people know genealogy well, and we are dealing with just two generations. People on Lewis insist that Mary Anne is not directly related to the Smith siblings. (Also, Mary Anne Macleod came from the east Lewis village of Tong, just north of Stornoway; the Smith sisters lived in Barvas, on the west side of the island).

The teenage boy that the video claims the Rev Duncan Campbell became dependent upon during the revival was Donald MacPhail from Arnol. He is incorrectly referred to in the video as Donald Smith. There is no evidence to suggest that Donald MacPhail was a cousin of Mary Anne. In any case, MacPhail’s life of faith and intercession could not have inspired Trump’s mother to name her son after him; the Lewis revival began in 1949 and MacPhail became a Christian the following spring, in May 1950. Donald Trump, however, was born in 1946 – did he live without a forename for the first four years of his life?

Further, Trump’s own uncle was called Donald; so was his maternal great grandfather. There was no need for Mary Anne to look to some religious revival on the other side of the world for someone to name her son after. In fact, Mary Anne left Lewis in 1930 (not 1936 as the video claims), before Donald MacPhail was even born. That means she also emigrated long before the 1949-52 revival ever broke out on the island. Although she returned to her native Lewis in later years, it is quite possible she never knew that a spiritual revival occurred on Lewis in those years (one of a whole string of revivals to grace the island in the twentieth century). Besides, there were countless other Donalds on Lewis – what select source is privy to her naming her son after one particular Donald over another?

Even if Christine and Peggy Smith were Mary Anne’s aunts, no one has provided a reason for them choosing to donate their Gaelic bible to Mary Anne rather than one of their many other nieces and nephews (Mary was one of ten children). Besides, their bible would probably have been the last thing the godly sisters would have parted with. Well-worn after a lifetime of use, and full of hand-written notes and markings as it probably was, it would almost certainly have been their most prized possession. Rather than post a heavy bible to their niece in the States in any case (they were poor), it would have been more convenient to send a postal order so she could buy a new one.

And that leads to another problem. Mary Anne did give her son a bible when he was young. Rather than being in Gaelic (a language unfamiliar to Donald), it was an English translation; and it was a Revised Standard Version. The RSV was first published only in 1952, by which time the Lewis revival was already coming to a close. Trump’s bible was presented to him at First Presbyterian Church in the Queen’s district of New York in 1955, when nine-year-old Donald graduated from Sunday school there. (Indeed, he swore in on this bible when inaugurated as President in 2017). Trump proudly refers to this as the bible his mother gave him – he has made mention of no other.

Everybody likes a good story, and ‘Donald’s Bible’ is one that many have found inspiring. But in a faith-system that centres on truth, myths need to be exploded (though some may prefer to carry on believing the lie). The 45th President of the United States of America keeps no ‘Hebrides Revival Bible’ in the Oval Office. On the contrary, as with his mother, it’s doubtful Donald Trump has even heard of the Lewis revival, let alone of his would-be great aunts. The entire story, sadly, is a mammoth fabrication.

Please – if you have a few minutes watch this wonderful interview with our brother and friend Dominic Smart….who went Home this week…