Douglas Murray’s The Madness of Crowds, is prophetic in many ways – not least in its title.  That phrase came to mind today last night when speaking at NorWest Anglican on the subject of Christians and the Environment. 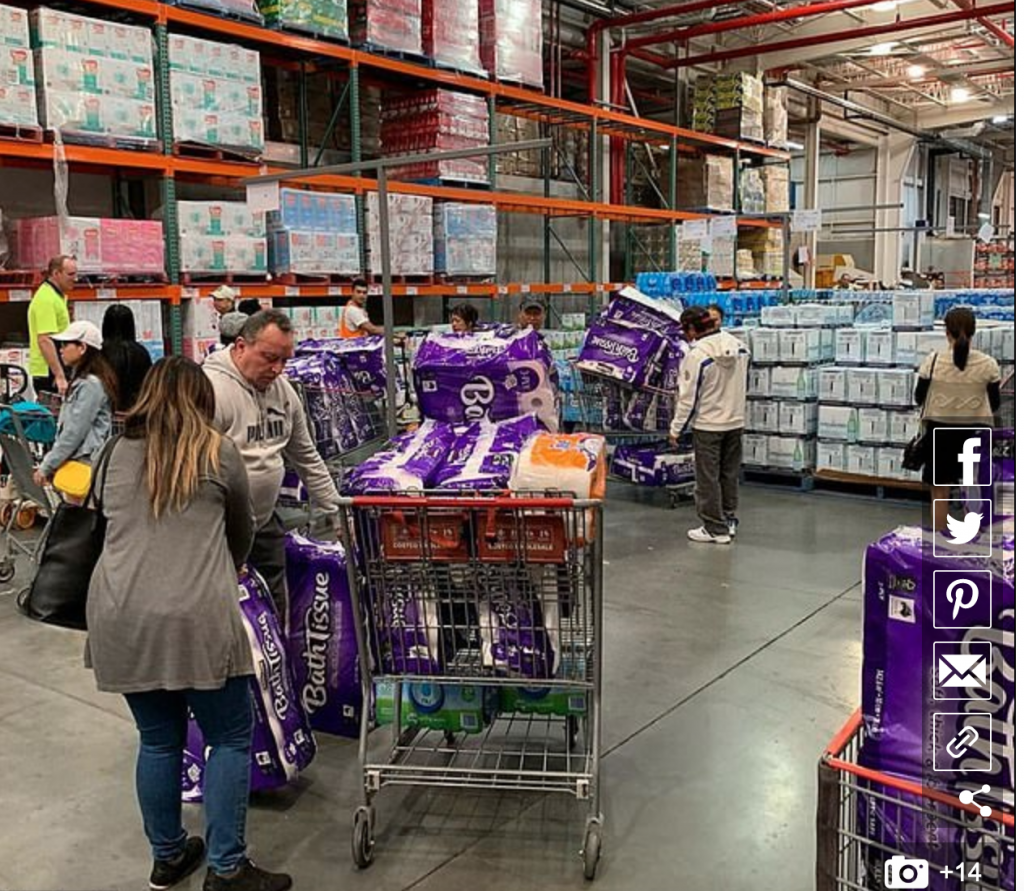 One of the young women there works in a local supermarket and told me that people were panic buying toilet paper.  Toilet paper ?!- why? It has even got to the extent that the news are reporting a fight in Sydney today over bog roll!

Have a look at this news report –

The casual, well-informed, well-travelled, well educated, well entertained “worried well” are just one day away from an all encompassing, all consuming sickness that would see people fighting over toilet paper as if it were a flatscreen TV on sale on Black Friday.

The confidence of our secular culture is all smoke and mirrors. The self-aware casual irony of a culture that has never had its centre tested by anything is disappearing faster than a nine pack of triple ply Sorbent.

Read the newspaper tomorrow to see how this plays out. Though you might have to read it online. For as my mum reminds me about the bad old days on the farm in Northern Ireland in the fifties, newspapers had other uses too.

There are many reasons for this – the prevalence of social media, 24 hour news, catastrophising reporting, greed, ignorance (to the extent that one third of Americans in one survey said they would not buy Corona beer!), and what I would call social contagion.  The panic spreads faster than the virus.  Even as I was sitting in the ‘rest room’ yesterday the thought crossed my mind – maybe I should get some toilet paper?!  I too am not immune from this social contagion.    But we must resist….

I thought this comment sums up the situation well: 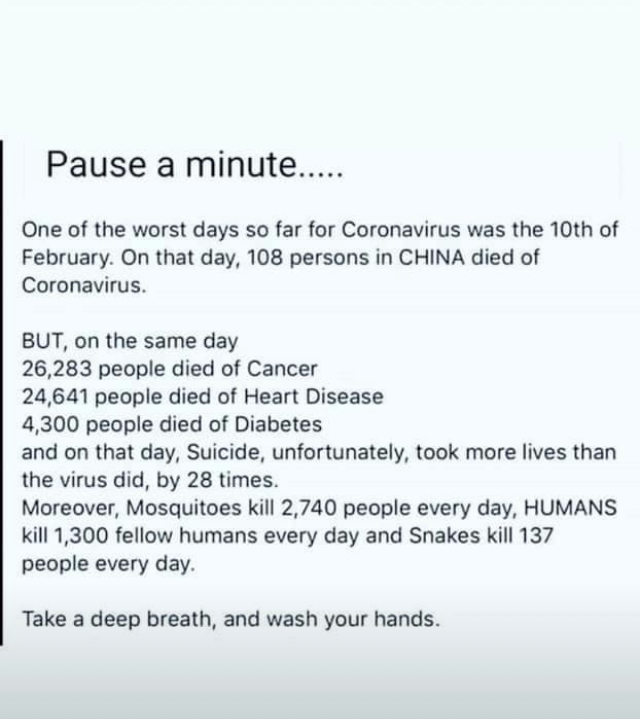 I would add to that – don’t panic, think and pray! The ‘worst-case scenario’ is not that 100% of us get Covid19 or that 3.4% die. The worst-case scenario would be if there were no Christ and no Saviour. A far worse and more infectious virus is that of sin. 100% of us are born with it. 100% will die (by whatever means) because of it. But we were created for eternity and that is why we fear death. The world’s answer is to panic and buy toilet paper. The Churches answer is to look to Christ –

Since the children have flesh and blood, he too shared in their humanity so that by his death he might break the power of him who holds the power of death – that is, the devil – and free those who all their lives were held in slavery by their fear of death.”