This is a massive issue in today’s culture and for the church. At first glance that does not appear to be obvious because Gender Identity Disorder (GID) affects only 0.1% of the population and therefore seems a rather minor matter. The problem is that under the Trojan horse of ‘equality’ or preventing bullying a whole philosophy and worldview is being smuggled in.

This philosophy is anti-God and antihuman. It is known as Queer theory and argues that gender  has nothing to do with biology and is just a social construct. In a very short space of time we have moved from this being about ‘trans’ gender (people feeling that they are a different gender to the body they are born in) to being about ‘multi’ gender and people being able to pick any one of numerous genders. What is the Christian perspective on all this?

Lets begin with our text. Humanity was created male and female, both in the image of God. There are no other genders. Human beings were the apex of God’s creation – whereas most of the creation was seen as good – humanity was seen as very good. This is why the devil’s number one aim is to destroy the creation by destroying humanity. He is seeking to undo the creation. That is why this ideology of multi-gender and gender fluidity is from the pit of hell. It is as much a sin as the sin of racism or misogyny. 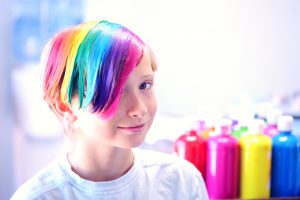 This is NOT to say that transgender people are from the pit of hell. Indeed they are often the ones who suffer most because they have been fed this false teaching, which they have come to believe. The rates of suicide and self-harm amongst transgender people are about nineteen times that of others. As Christians we are to treat all people, including those who suffer from GID, with respect, love and compassion because they are made in the image of God.

We also recognize that in a fallen world there will be confused sexual and gender identities. Jesus for example recognized that there were those who are born eunuchs (Matthew 19:12).

Genesis 2:18-22 teaches along with our text that this gender distinction is not an incidental detail but a fundamental part of being human. It does matter that we are  created male and female. We were meant to complement and help one another. Removing that distinction, or blurring it with a hundred others, can only do great harm to individual humans and to society in general. Christianity also teaches that our bodies matter.

1 Corinthians 6:19-20 – “Do you not know that your bodies are temples of the Holy Spirit, who is in you, whom you have received from God? You are not your own; you were bought at a price. Therefore honour God with your bodies.”

We do not honour God with our bodies when we mutilate them, seek to change them or deny them. As Christians we are also concerned with truth. Transgender ideology is an absolute lie and as such it is profoundly destructive. As Ryan T Anderson states “The best biology, psychology, and philosophy all support an understanding of sex as a bodily reality, and of gender as a social manifestation of bodily sex. Biology isn’t bigotry. Every human society has been organized around a recognition that men and women are different, and modern science shows that the differences begin with our DNA and development in the womb.”. 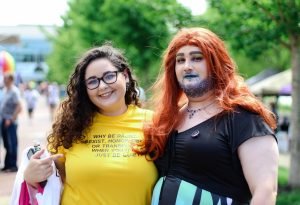 The ideology that teaches there are many genders and that we can choose them is not just odd and a curiosity – it is harmful. As it is taught and enforced in our schools, media, political and legal systems it will cause untold harm to children, women, sports, feminism, the poor and indeed the whole of society. It is our Christian responsibility to love those who suffer from GID and to stand against those who would abuse and harm human beings by teaching the very opposite of what we are, and what God has made us.

CONSIDER: Why do you think Transgender philosophy has become so important to the leaders of our society? Why do people get so angry about it? What harm do you think it does to teach young children that they can choose and change their own gender? How do we love those who suffer from GID, but stand up against those who would impose anti-Christian and harmful teaching about gender upon society?

PRAYER: O Lord God Almighty – what a world we live in! You created it good and as the apex of that creation you created human beings – male and female. And then sin entered the world and everything was broken, including us. In today’s world we think we can remake humanity. O Lord stop us! Save us from our own foolishness. Do not leave us. And enable each of us to honour you with our bodies, to care for all your creation and to follow your ways, in Jesus’ name, Amen.