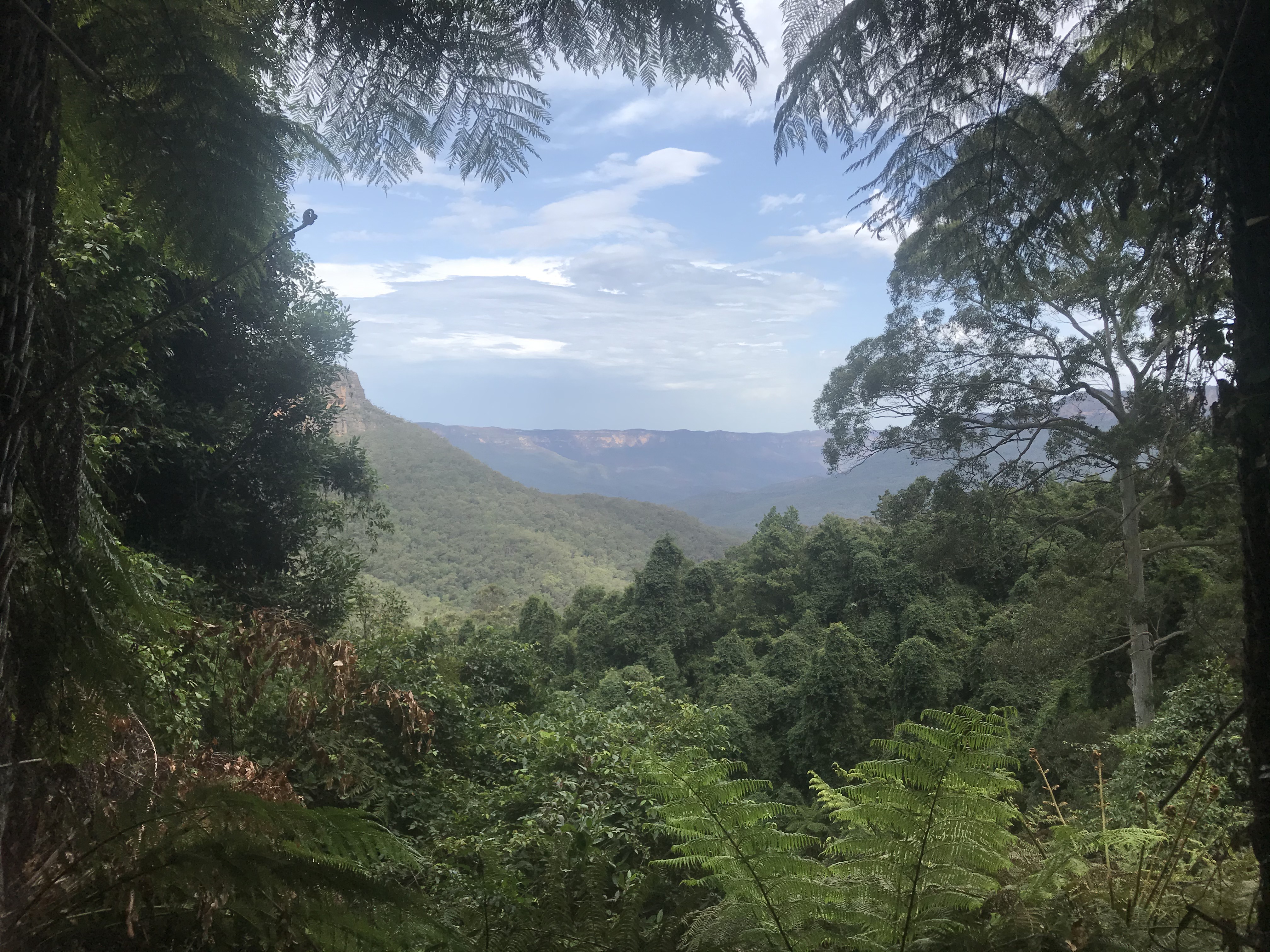 Today is Australia Day – so we get Monday off and Annabel and I have headed up to the Blue Mountains – to have a weekend off – and support the local businesses who are having a hard time because of the tourists who are staying away. I note – not for the first time – the harm that catastrophists and ideologues do when they spread their doomsday messages far and wide. The people here have had to cope not only with the devastation of the fires – but the devastation of people staying away because they think this beautiful area has been destroyed – it hasn’t.

In fact as we drove up here it was quite remarkable to see the difference from a month ago.   When I last drove through West Sydney to the Blue Mountains, the verge ways were brown – this time they were green, with signs of new life everywhere. It is extraordinary how resilient the creation is! This tweet was posted by Russel Crowe…it stuns me… 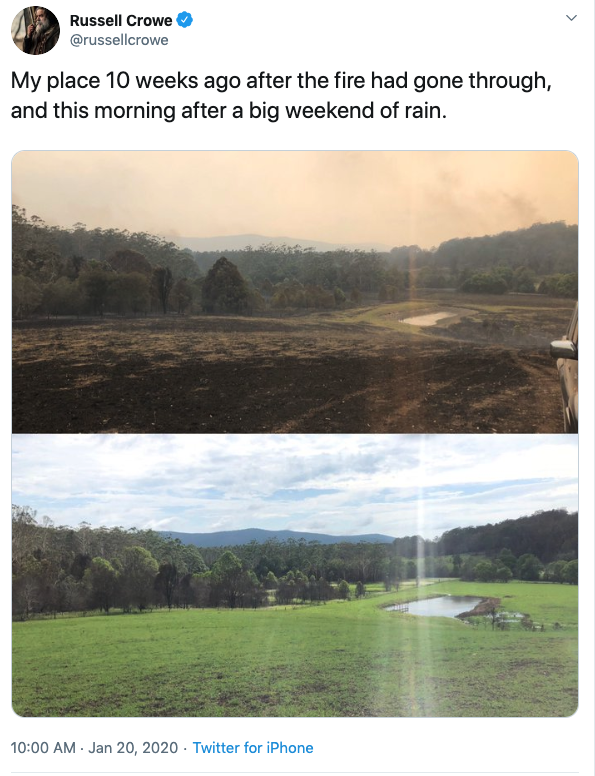 Resilience is the word that is much used about the Australian people.  Today is Australia Day – the day when the first landings of UK colonialists marked the establishment of modern Australia.

Celebration – It is for most people a time of celebration and thanksgiving for all that makes modern Australia one of the most attractive countries in the world to live in. I am growing to love this place and people – it’s not just the lifestyle which for most is good, but for others difficult – it’s the freedom, history, culture and diversity of the people. If you live in Australia you have much to be thankful for.

Confusion – But of course not everything is rosy.   As regards Australia day there is a deeply shameful aspect to Australian history – the treatment of the Aboriginal people. John Harris’s One Blood – gives a detailed account of much of that – not least the sinful anti-Christian actions of some professing Christians and churches. Yet both Harris’s book and Piggin and Linder’s The Fountain of Public Prosperity tell a different – or at least more complex and nuanced story.   Largely it was the churches and missionaries who sought to protect the indigenous people. If it were not for the missionaries it is doubtful that so many aboriginal languages would have survived.   Nonetheless it is surely right for modern Australians to reflect with sorrow and repentance on the aspects of their history which are shameful. 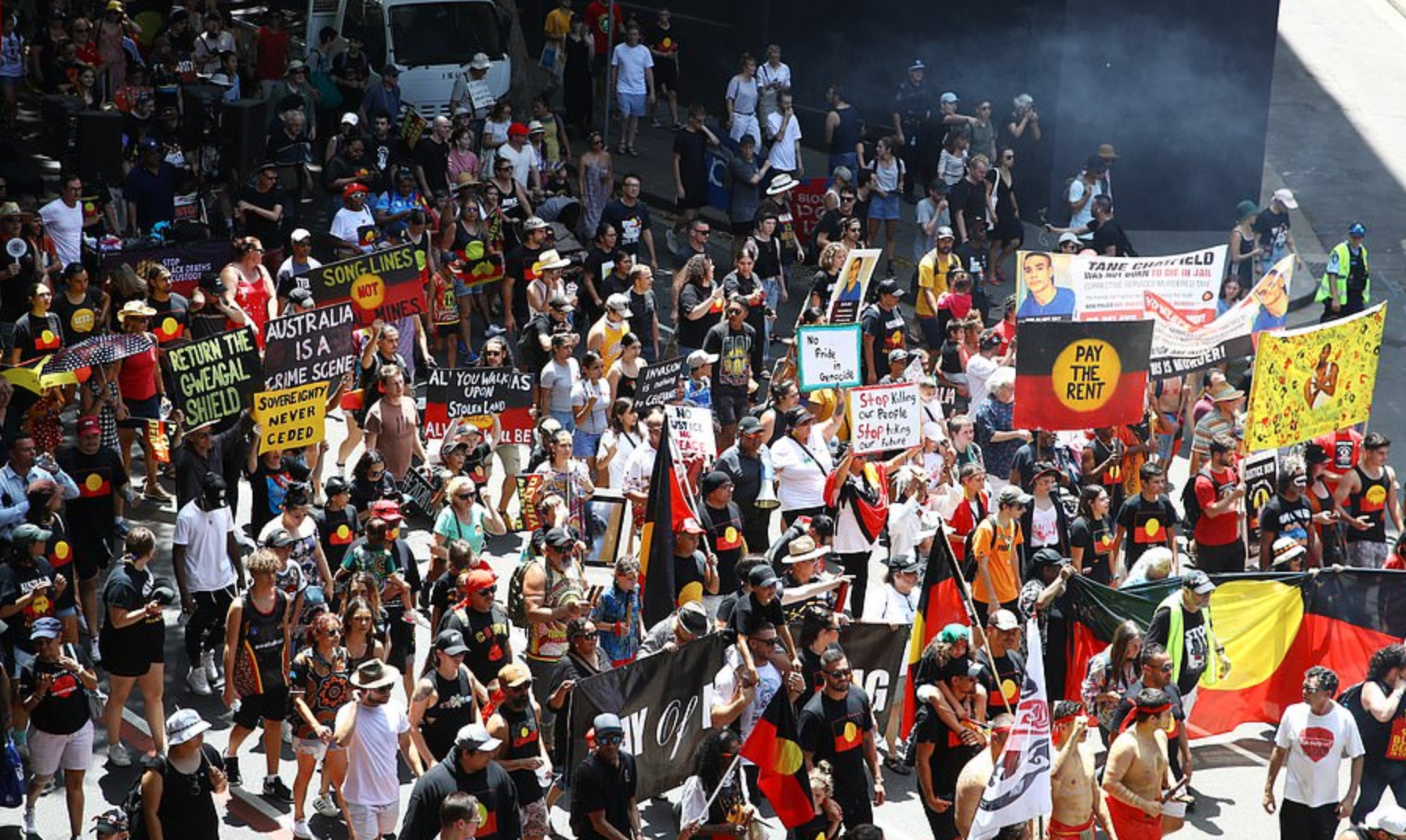 However one of the things that sticks in my throat is the historical/hysterical ignorance of some modern white European Australians who want to apologise for other people’s sin and who seek to get rid of their white guilt by loading it on others.   I got involved in one FB argument (I know I shouldn’t have….I should have resisted the temptation – but the ignorance was stunning and  they were attacking the Bride of Christ), in which historically ignorant atheists were gloating that some West Australian aboriginal elders were asking missionaries to stay away.   “About time’ was one of the more polite responses.  When I pointed out that 80% of indigenous people profess to be Christian I was informed that this is because missionaries killed those who didn’t – and they were probably brainwashed anyway.   The atheist fundamentalists couldn’t quite grasp the irony of their white saviour mentality – only they and their ‘progressive’ doctrines could free the Aboriginal people!   The fact that they seriously believed that the missionaries operated a ‘convert or be killed’ policy is a shocking example of the ahistorical illiteracy that fuels prejudice and ignorance towards Christianity in todays’ Australia. 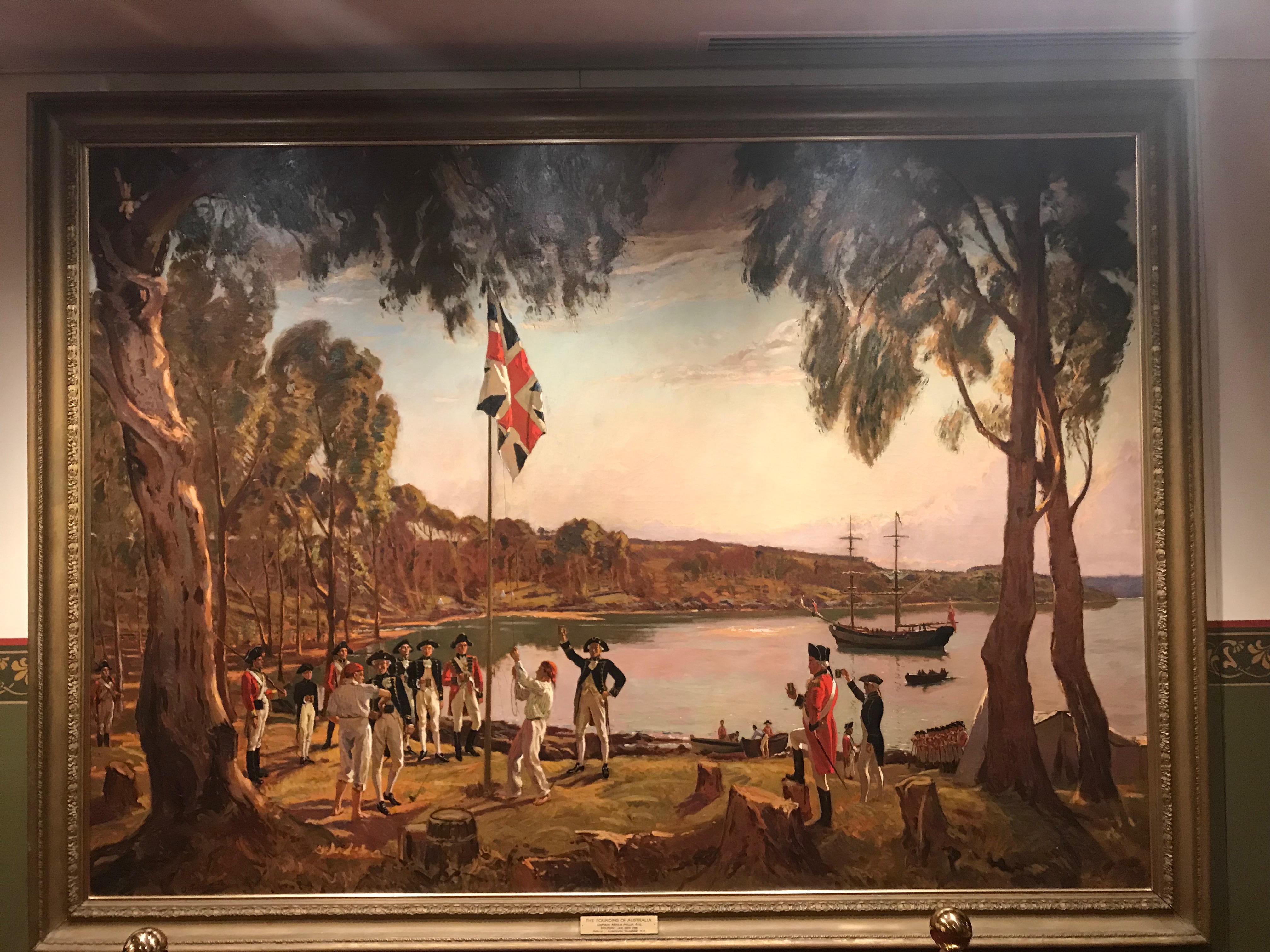 It’s interesting to note that today 67% of the population are British Australians, Irish 8.7%, Italian 3.8%, German 3,7%, Chinese 3.6%, Indian 1.7%, Greek 1.6%, Dutch 1.2%. The indigenous population is now only 3% of the population.   The British side of Australian life always amazes me – UK TV is more predominant than American – there is a tremendous interest in UK politics and the Premier League, everywhere I go I meet people who claim Scottish ancestry.   Even this morning in church I heard a prayer for ‘our Queen’. 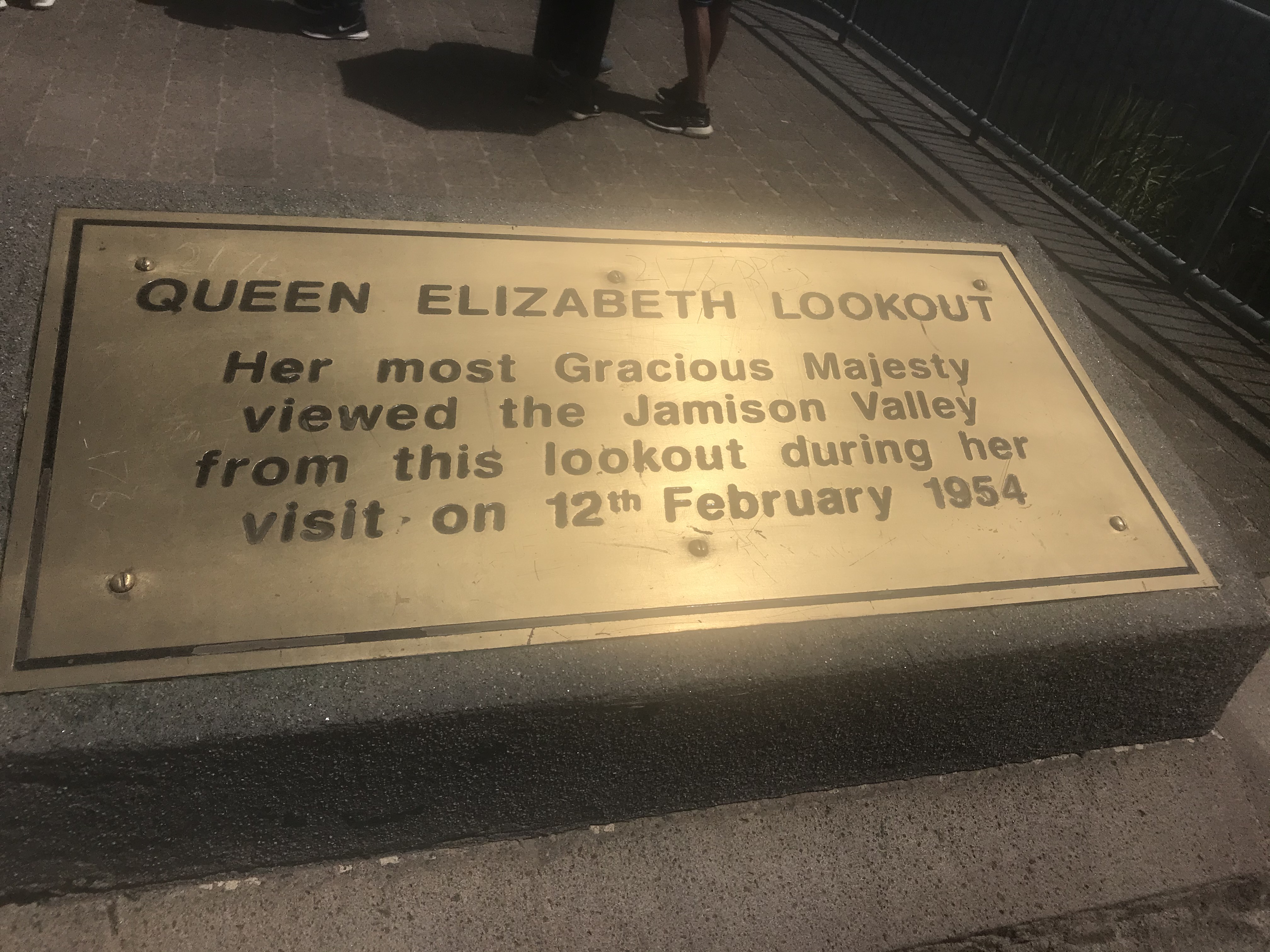 But there is another kind of confusion, other than the white man’s guilt. Modern Australia was built on both Christianity and European enlightenment values. Today’s Australia is increasingly Asian and, at least amongst the chattering elites, anti-Christian. Rather than leading to the promised secular Nirvana this is creating confusion and reaction. My view is that just as identity is the key issue in the Western world for so many (I want to be free to be me but who am I?) so identity is going to be the key issue for Australia as a society and country. Who are we? Is the question that needs to be answered. I don’t think the endless clichés of ‘’Australians are resilient people, Australians are diverse” etc. will cut it for much longer. Saying we must stick to Australian values is no use if you don’t know what those values are and on what they are based.

This confusion is seen in the recognition of Professor John Newnham as ”Senior Australian of the Year’.  Professor Newnham spends his life saving the lifes of babies in the womb.   In this excellent article Murray Campbell points out the contradiction in Australia honouring a man who says that “life before birth means something” whilst at the same time encouraging and facilitating the taking of that life in the name of human rights!

Which brings me on to a great answer to that question found in the Australian constitution.

Commonwealth – On 9th July 1900 the Commonwealth of Australia Constitution Act was given the royal assent. The use of the term commonwealth is important. This was not a ‘dominion’ but a commonwealth – something that notably harked back to the commonwealth established by Cromwell in the English Civil War.

This was not the establishment of a secular state – in the way that modern day secularists attempt to impose.   This was a secular state where there was some degree of separation of church and state – but also one that recognized its foundation was Christianity.   The preamble states that the people of the Australian colonies “humbly relying on the blessing of Almighty God, have agreed to unite in one indissoluble Federal Commonwealth”.     Section 116 of the constitution states: “The Commonwealth shall not make any law for establishing any religion, or for imposing any religious observance, or for prohibiting the free exercise of any religion, and no religious test shall be required as a qualification for any office or public trust under the Commonwealth”.   This has never been interpreted that the government cannot help or give aid to church organisations, schools and charities.   It means that the government cannot give preference to any one denomination.

But it does not mean that Australia was built as a secular society on secular humanist principles. It wasn’t!   It was built as a Christian Commonwealth. As Piggin and Linder point out: “ In the Puritan Commonwealth church and state were not to be subjected to each other nor have nothing to do with each other. They were to be a partnership in which both worked for the common good. Australia seems to be in pursuit of the same ideal. “

I hope and pray that this is true. It is Christianity that brings repentance, renewal, justice, diversity, equality, education and freedom.   Without it’s Christian foundations Australia will sink – with those foundations (and a renewal of vital and real Christianity amongst the general populace) Australia may yet be a light for the nations and a springboard for the greatest growth in Christianity yet seen – the 21st Century will I think be the century of the Asian church (as well as the African). May Australia be as much part of that as Scotland was of the UK, European and American renewal.

PPS.  This country has crazy weather…I think it always has done.  This is one my favourite photos – a shark swimming on a flooded street! 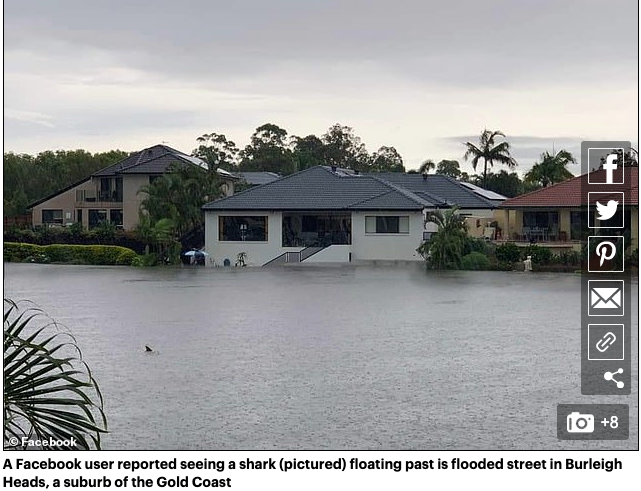