So Christ himself gave the apostles the prophets the evangelists the pastors and teachers’ (Ephesians 4:11) –

Our society has a love for compartmentalizing. I fear that in the church we have moved from the extreme of expecting the pastor/minister to be an omnicompetent, omnipresent leader of all, to creating churches where there are several ‘specialist’ pastors. I am not convinced that either model is biblical.  Sometimes I meet trainee pastors who love preaching (or the idea of preaching) but don’t seem to like people.   Likewise sometimes I meet pastors who love preaching but they don’t seem to like the people they are preaching to. That’s a recipe for disaster. A good preacher will also be a pastor. You cannot achieve a pastor’s heart by academic degree. The degree will give you some of the tools you need to minister to those whom the Lord has given you a heart for, but it won’t give you the heart.

In a survey conducted recently in the USA, 66% of pastors said they loved preaching. Only 6% said they loved pastoring. But being a pastor is essential to good preaching. How do you know how to apply the Word of God to the hearts of the people if you don’t know their hearts?   My granddad was a shepherd. My father was a pigman. I worked for a while as a teenager in a dairy. What I noted about all of those who worked with animals is that they knew their animals. They cared for their animals and they spent time with their animals. They were able to feed their animals the correct feed because they knew them. Likewise with preachers – they are able to feed the flock the Word of God, because they know the flock. They know the flock because they pastor the flock. They visit, share, care, weep, laugh, feel and pray with their people. 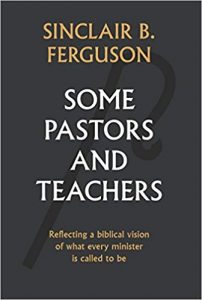 My colleague Sinclair Ferguson has written an outstanding book entitled, Some Pastors and Teachers. It is deep, profound and combines wonderfully this sense of a minister as a preacher, pastor and theologian. One afternoon I was sitting in Simon Manchester’s garden when he came up to me and expressed his delight at having spent a very profitable flight back from the UK, reading Sinclair’s book. It is the mark of good minister that he is teachable – and that no matter how many years experience he has, he is always prepared to learn from others.

Sometimes you will hear the somewhat barbed comment: “he’s a good preacher, but not so good pastorally…” Usually said by those who do not know, but have just heard some rumour, often from the disaffected. It’s a charge that by its very nature is almost impossible to refute. What I have found in observing those who I admire as preachers, is that the best of them are deeply pastoral – which in turn makes their preaching pastoral. My friend, David Meredith, former minister of Smithton Free Church and current Mission Director for the Free Church, once told me that 90% of his pastoral work was done in the pulpit. That is often the case – but David, like Simon, is able to apply the balm of Gilead because they are also out and about amongst their people. A faithful preacher is also a loving pastor.

This is part of an essay in this book…. 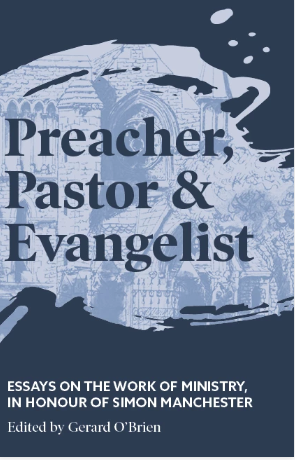