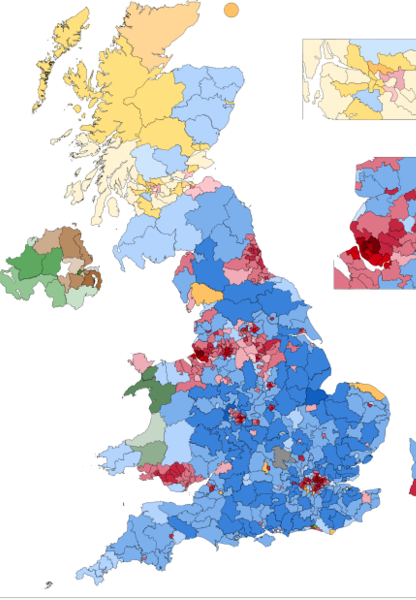 So it’s finally happened – Dundee won a game….!  No The General Election has been called. .

I had thought that having moved to Australia I would not be eligible to vote – but apparently, as a British citizen, I will still get a vote.  I had hoped to be spared the decision – but I can’t bear the guilt of not voting.  I know that our democracy is too precious, and bought at too high a price,  to not vote.  In previous elections, I have voted Labour, SDP, Lib Dem, Conservative, SNP, Green and even Scottish Socialist!   I guess  I am what could be considered the ultimate swing voter.    So here is a quick guide to the General Election 2019 – which is one of the most unpredictable in recent history.    Who can I vote for?

Conservative – There was a time when voting Conservative would have seemed to me to be almost blasphemous.  But I have known good Tory MPs and they are at least a party that is promising Brexit.  If I had a good local candidate who not one of those oxymoronic ‘progressive’ Tories I might be persuaded!   But Boris Johnson as Prime Minister is not exactly a pleasant thought.

SNP – This is the party I usually vote for.  Apart from supporting Scottish Independence I thought that they had some quality politicians.  But since the 2014 referendum they have changed.  They have given up on the notion of real Independence and have become the EUNP – seeking to make Scotland a subservient part of the EU.  The party of Jim Sillars, Alex Neil and Gordon Wilson has gone.   After the 2014 election they were largely taken over by a group of Green Progressives who have little interest in real Scottish Independence and instead have a religious-like faith in a secular Nirvana.  Like all Utopians when their policies fail, they blame others and as a result become more authoritarian.   They have also failed with the economy, the health service and above all, education.    My view is that Nicola Sturgeon is the most overrated politician in the UK and Ian Blackford matches John Bercow in terms of arrogance and bullying.   Unless I get a local candidate who is prepared to go against party policy I could not in all conscience vote for the SNP (aka the EUNP) – the most authoritarian party in the UK.

Labour –  I used to belong to the Labour party.  There is much that I admire in its history and many of its MPs.  But the old Labour party has gone.  It has betrayed its history and has now been completely taken over by the Kensington Socialists.  If you want to know how much British politics has changed then consider this –   for the first time a majority of CDE voters are now more likely to vote Conservative, than Labour.   The only way I would vote Labour is if Jim Murphy, or Kate Hoey, or a resurrected Tony Benn, were to stand in my constituency!  Even then the thought of handing Corybn, Abbott, Starmer and others the keys to government would terrify me!

Lib Dems – Another party I used to belong to – indeed I helped found!  But with their fanatical support of the EU and their increasing illiberal policies and their intolerance towards Christianity – I cannot foresee how I could vote for them.

The Greens –  I quite like Caroline Lucas and have voted Green in the past.  Again their bizarre support of the Corporatist EU (for example their lamenting the fact that 10,000 lorries per day might no longer go through) is bad enough.  But add to this their support for the hysteria of Extinction Rebellion and their authoritarian approach to ‘progressive’ policies and it becomes unlikely that I could ever vote Green.  This is made certain when I consider their Scottish leader, Patrick Harvie, who has no understanding of tolerance and diversity.  Harvie is a clever and skilful politician – but one of the most ideological and authoritarian.    His latest example of hypocritical Wokeness is his demand that politicians should stay away from Chick-Fil-A in Aviemore – whilst ignoring the fact that many companies and academic institutions in Scotland are funded by authoritarian and anti-homosexual regimes.

All in all I don’t know what to do.  I may return my postal vote with a ‘none of the above’.  Or I may find the candidate who I least disagree with and just hold my nose and vote for them (a bit like having to choose between Trump and Clinton!).   I will reflect and pray.

The polls say that the Conservatives should win by about 50 seats – but they were further ahead in the polls at the 2017 election – so who would dare predict.  The polls tell us that the SNP will get 50 plus seats in Scotland.  I’m not convinced of that…so knowing that almost certainly this will be wrong here is my prediction…

The Confused Christian’s Guide to the General Election