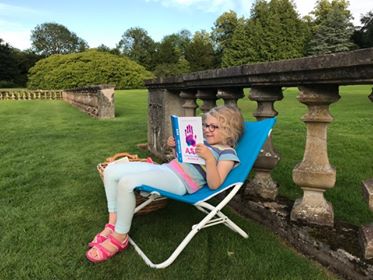 I love the story of Abraham pleading with the Lord for Sodom and Gomorrah. God has just told him that the sin of these two cities was so great that he was going to destroy them. Abraham is concerned that innocent people will be swept away. Fair enough says the Lord…if there are fifty righteous people?….But says Abraham, as he begins to haggle as though he were bargaining in a market, what if there are five less than fifty?….and so on until he gets down to ten.

Abraham’s plea was based upon one very important fact – “Will not the judge of all the earth do right?”. That should be our starting and finishing point when we discuss this. God will do right. Right is what God does. The idea that we can sit in judgement upon God is a wicked one. He is the righteous one. We are not.

So what about babies who die before they have a chance to hear the Gospel? Let’s consider the story of David and Bathsheba in 2 Samuel 11 and 12. After David and Bathsheba had committed adultery they had a child who became ill. David mourned, fasted and prayed for the child. But the child died. The servants were scared to tell him because they were worried how he would react. However, when he found out he got up, got washed and seemed to go back to normal life. Why are you acting this way? They wondered. He answered, “While the child was still alive, I fasted and wept. I thought, ‘who knows? The Lord may be gracious to me and let the child live.’ But now that he is dead, why should I go on fasting? Can I bring him back again? I will go to him, but he will not return to me.” (2 Samuel 12:22-23). David was certain that he would go to his child.

Although the Bible tells us that all human babies are born in sin, yet it also says that the dead are judged according to what they have done (Revelation 20:12). My view is that this means that the blood of Jesus also covers the sins of those who die in infancy, before they have had the chance to do anything right or wrong. I once had to bury an 18-month-old child – who had died from a cot death. When you stand beside that tiny white coffin, with the weeping parents in front of you, there is no way that you think that this child has gone to hell, purgatory or limbo (as some churches teach). Surely the mercy and blood of Christ extends to these little ones?

But what about those who have not heard? Again we work on the principle that the judge of all the earth will do right. God is not going to judge people for not believing in a Christ of whom they have never heard! However the Bible tells us that people are judged according to the light they have and what they have done with that light. Romans 1:18-23 makes it very clear that that light is sufficient for them to know God’s eternal power and divine nature – and yet they still continue to sin against that light. They need to hear about Jesus – not to save them from the sin of rejecting a Christ of whom they have never heard, but to save them from their sin against the God whom they do know, and whose law is written in their hearts. All people, throughout the entire world, need a Saviour. Which is why Jesus is the Saviour of the whole world.

Let’s return to the basic foundation for answering and thinking about these kinds of questions. God is the judge of all the earth. He is righteous, good and just. As such he will do right. Our real question is not what God has done about others, but what we have done with the knowledge and understanding that we have of him. We must seek the Lord while he can be found.

CONSIDER: We know that God can do nothing wrong. The key question is what we do with what we know of God. Why do you think it is important to both examine yourself and to desire to tell others?

RECOMMENDED FURTHER READING: This article from John Piper is a clear explanation to a 12 year old girl….

Suicide – Do People Go To Heaven If They Commit Suicide? – A.S.K 21

I’ve heard reports that people are unable to get A.S.K because it is sold out…however I understand that it is being reprinted soon….!