I heard a lovely story this week about A.S.K – from a lady in Australia who had given it to her friend and she and her friends and children greatly appreciated it.  “These are exactly the questions we are asking’.  It was good to hear.  This week’s question is one I have heard a lot….

TEXT: All creatures look to you to give them their food at the proper time. 28 When you give it to them, they gather it up; when you open your hand, they are satisfi ed with good things. 29 When you hide your face, they are terrifi ed; when you take away their breath, they die and return to the dust. 30 When you send your Spirit, they are created, and you renew the face of the ground. (Psalm 104:27-30) 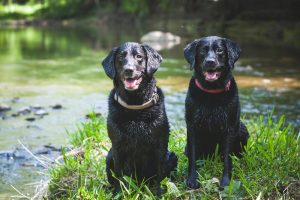 Many of us have close relationships with our animals. I grew up on a farm and loved being with the different animals. I had pet guinea pigs, rabbits and dogs. We had a black Labrador retriever called Tweed, and a wee Scottie dog called Scruff. When I became a minister we took a dog from a refuge. We named her Tess. It was very hard when Tess had to be put down, because she was a sheep worrier.

Sometimes parents will tell their children when a favourite family pet dies, that Fido is in 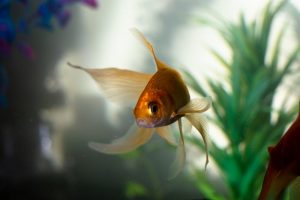 heaven. But this is not true. When our goldfish, who was called Speedy, was a little too speedy one day and launched herself out of the bowl with such force that she died – we may have held a wee burial but there was no promise that Speedy was in heaven, ‘in the sure and certain hope of the resurrection’. Goldfish are not resurrected. Humans are.

CS Lewis speculated in his book The Problem of Pain that some animals might enter heaven through their relationship with humans. But there is no biblical warrant for that at all. We understand from the Bible that animals have animal life, but they do not have human spirits. Human beings who go to heaven are there when their spirits and resurrected bodies are re-united. Animals don’t have spirits to reunite.

I don’t think that it is reasonable to argue that particular animals go to heaven. Our text tells us that when God takes away their breath, they die and return to dust. Does that not happen to human beings? We certainly return to dust – dust we are and to dust we shall return. But we are more than dust –

“Then the LORD God formed a man from the dust of the ground and breathed into his nostrils the breath of life, and the man became a living being.” (Genesis 2:7) 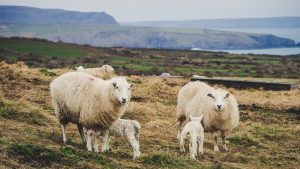 However that is not the same as saying that there will be no animals in heaven. I think there will. Why? Because it’s a new heavens and a new earth. It’s really a renewal of the whole creation – and surely that includes animals? Paul tells us that the whole creation is waiting for the children of God to be revealed.

Although humans are different from animals, they too are God’s creatures and we as the 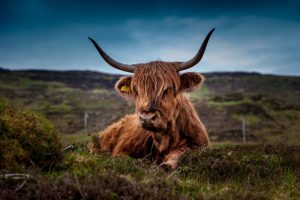 stewards of that creation, are to look after them and care for them. William Wilberforce is famous because he led the campaign that eventually led to the abolition of the slave trade. What many people do not know is that he was also the founder of the RSPCA (Royal Society for Prevention of Cruelty to Animals). That is to be the attitude of God’s special creation, humanity, to all his creation – we are to care for it.

CONSIDER: How should Christians treat animals? What is the difference between animals and human beings?

PRAYER: Lord God, our Creator, we thank you for the variety of your creation. You have made many wondrous things. We thank you especially for the animals that are our pets and companions. Help us to treat them well. We look forward to being part of the new creation, the new heavens and the new earth. Fit us for that day, in your name, Amen.