Charles 1 _ Woke History From the BBC

The BBC at its best and worst.

I love history. I love good history.   But that begs the question what is ‘good’ history? It is something that informs, is true and gives as full a picture as possible. I would also add that good history is shot through with humility, intelligence and good writing/speaking. Good history is often uncomfortable – because it faces us with sad truths about people or movements we admire and identify with. Good history paints the picture – warts and all. Which brings us on to the English Civil War and the BBC’s latest drama – Charles 1.   It was after all Cromwell who said to his portrait painter – paint me warts and all.

All of us filter history though our own particular lens – the subjects we are interested in, the prejudices and the limited knowledge we have.   For example I once read a history of Dundee that mentioned everything except Christianity. It was an omission not of deliberate prejudice but just subconscious bias. The writers were not interested in Christianity and could not imagine that anyone could be, or that it would have any relevance or importance.   As a result they wrote a distorted history of the city that was once known as The Geneva of the North’ and which produced George Wishart, McCheyne and Mary Slessor, amongst many other notable Christians.

This bias does not mean that we cannot know or find historical truth – it just means that we do so with humility – knowing that there are things that we do not know.   This all came to mind when I watched Charles 1. It was superbly done – the BBC at its best – informative, dramatic, historical storytelling as it should be. But….

It was also the BBC at its worst. Because this was Woke history.

Take for example some of the quotes from the drama about the Puritans.

Very intense Protestants – everything stems from the Word of God

The puritans didn’t really go in for joy – someone somewhere was having a good time….Although they did admit it was “much more nuanced.”

You will see immediately the caricature. Joyless, fanatical, sinister.   These are not the words of objective historians but of political polemicists.   The Puritans are described in terms which put them not far off the Nazis; it was the King who sliced off people’s ears. One man’s terrorist is another’s freedom fighter.

But like so much propaganda it is also just factually wrong.   So for example we actually had someone who was supposed to be an ‘expert’ in the Puritans stating “God will save you if you deserve to be saved”  – which is the very antithesis of the Puritan message of salvation by grace alone.   Here was someone pontificating about the Puritans who had

either neither read nor understood them.   I contrast that with the Roman Catholic historian, Lady Antonia Fraser, whose biography of Cromwell, is fair, balanced and shows a great degree of understanding of his motivation and theology.

It continued with this simplistic good guys/bad guys narrative. With clear allusions to todays UK – because of course the 16th Century English Civil War must be seen in terms of Brexit.

Pym plants the Irish Royal Commission evidence…I wouldn’t put it pass him…(Pym might plant his photos and some massive statistics on the side of a bus)….

We were informed that Cromwell’s government was The Junta – who called it that? This is not impartial history.  Charles is portrayed as human, a confused, lost, romantic soul. His enemies are religious extremists. Pym used ‘fake news and smear campaigns. His methods were ‘replusive’.   Charles’s wife Henrietta Maria was ‘devoted to her faith’, whereas Pym was a religious bigot. She was a poor woman oppressed by men – having to watch the mistakes of her husband bring great danger to her. Apart from being patronizing it is historically absurd. We are talking about a powerful Queen not a Handmaids tale. Even when they discussed Henrietta’s alleged affairs this was discussed not in terms of whether they were true or not but rather seen as an example of the patriarchy attacking a woman for her sexuality!

And the propaganda wasn’t finished.

Try telling that to the 70,000 Huguenots massacred in St Bartholomew’s Day massacre in August 1572. Although The Edict of Nantes in April 1598 ending civil war had granted the Huguenots civil rights the persecution was not over. In 1643 Louis XIV ascended the throne and began the persecution of Protestants again.

The trouble is that the makers of this programme reflect the woke culture we live in and especially the binary nature of it. It makes sense in the context of that culture to ask as the trailer does, ‘whose side are you on?’ But they don’t trust us to make up our own minds so the programme tells us whose side we should be on – the good – Charles 1, Remainers and Progressives or the Bad – religious Puritans, Brexiteers, Patriarchy, Populists! 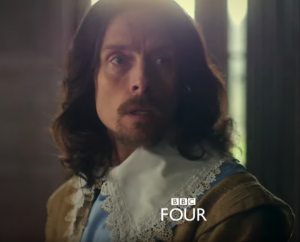 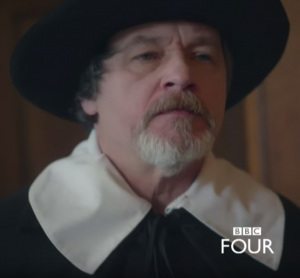 The quality of the production does not cover up the bigotry, prejudice and propaganda contained within. This is not what history nor the BBC should be for.  Balance, impartiality and truth….can the BBC please return to its Christian roots?

The Noble Liar – The Influence of the BBC and the Meritocracy