I have the enormous privilege of ministering to a number of medical and nursing students, as well as doctors, nurses, dentists and other health care professionals.  Without the NHS a good percentage of the St Peters congregation would not be employed!    All of us have an interest in the health service and those who serve us in that.  But is there a specifically Christian view of medicine.  I would argue that there is; that it is the foundation on which our NHS is built (and indeed most Western medicine); and that it is the removal of that foundation which is the biggest threat to the NHS.  This article is written for all involved in health care (and for anyone who has an interest in medical health!).

What do you think about post-natal abortion?   Did you have to stop for a moment and think what that actually is? The way that we use words is important. Postnatal abortion is just another way of saying infanticide. Infanticide was common in the Greco-Roman Pagan culture, where newborn babies would be left ‘exposed’ until they either died of cold, starvation or wild animals.   Christianity changed all that with Christians being encouraged to care for such abandoned babies, and the Christian teaching about the sacredness of all human life becoming part of the European psyche. What does this have to do with modern medicine? 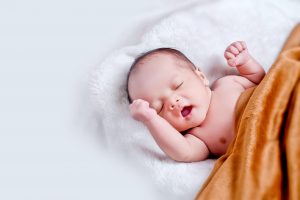 The Journal of Medical Ethics in 2012 published an article by Alberto Giubilini and Francesa Minerva entitled “After-birth abortion: Why should the baby live?” The authors argued that the newborn baby is not an ‘actual person’ and therefore do not have a ‘moral right to live’, therefore parents have a right to kill their newborn if for example, she is handicapped. They defined a person as “an individual who is capable of attributing to her own existence some (at least) basic value such that being deprived of this existence represents a loss to her.” Their conclusion based on this premise was “what we call ‘after-birth abortion’ (killing a newborn) should be permissible in all the cases where abortion is, including cases where the newborn is not disabled”.

Whilst many people will throw up their hands in horror, the truth is, that given the premises on which abortion is allowed, there is a certain logic to the author’s argument. What is the real difference between a child one week before birth and one week after birth? The trouble is that the argument works far more against abortion than it does for infanticide. If we want to use language in the same way as our authors, then instead of calling infanticide ‘postnatal abortion’ perhaps we should start calling abortion ‘antenatal infanticide’?

The Heart of Western Medicine

This is where medical ethics and the Christian worldview come in. The French Atheist philosopher Michael Onfray in his book ‘In Defence of Atheism’ argues that the whole of Western medicine is shot through with a Christian worldview and that this needs to be eradicated.  He may get his wish.   The consequences of this will be phenomenal in terms of the harm done to humanity, but especially to the weak, the poor and the sick. Secular utopians operate from a faith position that assumes that humans are basically good and that the only thing holding back human progress is backward religion. But the values they presuppose (equality, diversity, tolerance, right to life etc.) are in Western societies grounded in a worldview that has Christianity as its root and foundation. If you remove the root then you will not retain the fruit for long. Which is why an Oxford based journal can publish a serious article that argues for infanticide.

The Christian Philosophy of Medicine 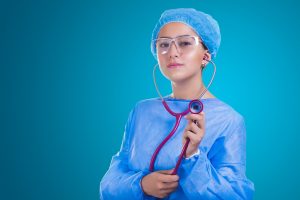 Christian medics not only need to know the science of their medicine well, they also need to know the philosophical basis. We need to know the why as well as the what.   The Christian worldview is a holistic worldview that incorporates everything including medicine, emotion, humanity, love, life and God. A Christian doctor or nurse is in a unique position of working from a coherent, compassionate, and rational philosophy that is the best for both doctor and patient. We treat human beings not just as cogs in a machine, or soulless animals, but those who are fearfully and wonderfully made in the image of their Creator. Your Christianity is not peripheral to your practice of medicine. It is at the very heart and core. Think about it!