This weeks Quantum goes all over the world:

We look at elections in Israel, India and Australia.

In Australia we hear about its oldest resident; vegan attacks on farms and a Facebook ban on a conference about Christian persecution.

We also hear about Australias most popular TV show, Married at First Sight, what one journalist calls ‘Cesspit TC’.  This clip shows why.

Meanwhile in China there is a report of the government harvesting human organs; paying people to inform on the church, and the 100th anniversary of the Chinese Union Version of the Bible – God’s Word is not chained.

In the UK the government is proposing a major change to the divorce law which will mean that it is easier to leave your marriage than it is for the UK to leave the EU!

If you ever wonder why our young people are so indoctrinated – then read this story from Washington State University.– its because their teachers are first indoctrinated

The trans madness continues with the MSP, Joan Macalpine, being on the receiving end of the activists’ anger; The Times running an expose of the harm being done to children through the Tavistock, and the subsequent and inevitable abuse of the journalist who wrote it.

Meanwhile the intolerant progressives get their man – Roger Scruton is removed from his post after a stitch up by The New Statesman. 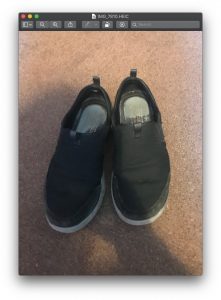 Sometimes the Church is its own worst enemy – as this amusing but sad story about pastors shoes reveals.  For the sake of transparency here is a photo of my Sketchers! (£49.99!)  For some reason, this story reminded me of an old song.

Finally let me highly recommend this article on Cultural Marxism by Carl Trueman.

Quote of the Week

Robin Aitken – “Without an understanding of its guiding philosophy we are in dangr of being led blindfold into a way of thinking we have not freely chosen, but have merely absorbed”   The Noble Liar

You can support the Quantum Podcast on our Podbean Fundraiser