Once again this week I am unable to continue to look at the wider perspective of the EU through The Great Deception because of ‘events, dear boy, events”.   Last week we looked at the sheer incompetence and intransigence of our political leaders. A Parcel of Rogues – BINO, DINO and the collapse of the UK Parliament

This week, as Brexit day nears (we are now only eight days away from the day we are supposed to leave the EU – spoiler alert – it won’t happen on March the 29th – if it ever happens), the hysteria has been ramped up another stage, as desperate attempts are now being made to prevent Brexit.   The following is a summary (with lots of links – and a sting in the tail!).

A major spanner in the works came from the Speaker John Bercow.  Last week I wrote:

“One of the major factors of this Parliamentary mess is the smug, pompous, bullying speaker – Mr Bercow, who was quite happy to have a “Bollocks to Brexit” sticker on his car. He has done his utmost to undermine Brexit and to facilitate it being stopped and in so doing has compromised the neutrality of the role of Speaker of the House of Commons. The latest example is today when Bercow did not permit an amendment on preventing a second referendum – despite it being signed by 127 MPs from three different parties. He is using his position to further his own politics. And he is only able to stay in that position, because despite his bullying (especially to women) he is considered to be too valuable to ‘the cause’.

The ‘neutral’ Speaker has continued his campaign to halt Brexit by banning the Prime Minister from coming back to parliament for a third vote on her withdrawal bill.   What’s wrong with that?  Firstly he cites a 1604 precedent which was last used in the 1920’s, despite having claimed earlier in the year that precedent was not something we should be bound by and declaring himself to be a moderniser.  At best he is just showing off and drawing attention to himself.  At worst it is a deliberate and calculated attempt to stop Brexit.  But he has overreached himself.  Firstly his ruling (that you cannot bring the same bill twice in the same session) means that a second referendum is (or should be) off the cards – as the House already voted to reject that.  Secondly the government have several options to get round his ruling.  In fact all he has done is add to the confused mess, rather than do his job and facilitate the workings of parliament.

And it is a confused mess.  Most of our politicians agree that this is the case,  then blame each other and then think that they will be the ones to benefit. The Brexiteers think that the clock will wind down and we will stumble into no deal (or if we don’t those with political ambitions can boast about their own ideological purity as they seek higher political office).  The Remainers think that the more mess they create the more people 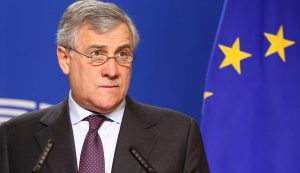 will get fed up with it and decide to Remain if they get a second vote.  Mrs May’s team think that people will get fed up and just go along with her deal because they want it over and done with.  The EU think that having played hardball they have pretty well guaranteed that no other country will try to do this and the UK may return anyway with our tail between our legs.  The Labour party think that the government will collapse and then they will get elected in a general election.  Almost all of them talk about ‘the people’ and ‘the will of the people’ and ‘the people’s vote’, whilst showing very little practical concern or ability to actually help the people.

Meanwhile in other Brexit news – the Swiss people have been showing us how to deal with the EU…And I was intrigued by this fascinating post from the Greek MP Costas Lapavitsas arguing why a second vote would be undemocratic.  Sadly another socialist anti-EU MP seems to have betrayed his principles – https://blogs.spectator.co.uk/2019/02/jeremy-corbyns-brexit-betrayal-is-complete/?utm_source=Adestra&utm_medium=email&utm_content=Evening%20_Blend_26022019&utm_campaign=Evening_Blend

One of the main myths perpetuated by the Remainers is that whereas Brexiteers did not know what they were voting for, Remainers did.  But is that true?   For example how many who voted Remain know that the EU is moving towards a federal European state with no room for the nation-state and national sovereignty.  This statement of policy from Guy Verhofstadt is fascinating.  Likewise this argument that the only way forward is a transfer of powers to the EU and the EU institutions.  When the hysteria around Brexit is expressed at the pro-EU march in London (the Waitrose march part 2!) this weekend, is that really what people are marching for?  It is certainly what we are marching into – unless we get out.

Another example of how the EU works was demonstrated in Private Eye.  I thought this was a small but fascinating example.  Brexit will result in whiter teeth!  The EU allows less than 0.1% of hydrogen peroxide in over the counter products – which means their effectiveness is low. In the US it is 10%. Dentists charge high fees for whitening – because they are permitted to use the higher products.   These same dentists lobby Brussels to maintain the low-level for home products so that people have to come to them.  It’s a classic example of how lobbying groups and big corporations can use regulations to enhance their own profits.

Back in Scotland not every SNP politician has swallowed the blue pill! Jim Sillars and Alex Neil came out in favour of voting for May’s deal – as being the best of a bad bunch.

One of the most interesting articles, and depressing is this one from the historian David Starkey in which he argues that “800 years of democracy is unravelling before our very eyes: Distinguished historian DAVID STARKEY on how our self-satisfied politicians have launched a coup over Brexit”

My favourite clip of the week is this from Roger Daltry

It shows the hysteria and bias of so many British journalists – she actually asked how are you going to be able to tour in Europe?!   I love his reaction – the EU is like being governed by FIFA!

Christians will and do have different views about Brexit and the EU.  I have been for the EU and am now against.  But I do not claim divine authority for my political views.  What really disturbs me is the level to which Christians are invested emotionally – its almost as if it is more important to them than the Gospel.  Whether its Steve Chalke stating that stopping Brexit is his aim for the year or another evangelical leader getting really wound up about the new petition to revoke article 50 implying that signing it is an act of Christian duty – it’s all a bit fanatical.   I have occasionally come across the same on the other side – which is equally wrong.   The trouble is that it becomes an echo chamber in which people just talk to those who already agree with them, and demonise those who don’t.  Thats hardly the way of Christ!

Another way that some Christians argue is what I call the circular argument claiming Christ’s backing.

You can of course reverse that in terms of being for Brexit and it would be equally wrong. 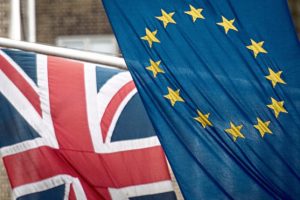 I am also intrigued by the way that people justify their own political views by claiming that they hold them on behalf of others – usually the poor.  “I’m against Brexit because it will harm the poor”.  Which sounds so virtuous.  When it is pointed out that the majority of the poor voted for Brexit there is an embarrassed (sometimes) acknowledgement that this is true but that is because the poor are uneducated and don’t know whats best for themselves.  The fact that this is said without any realisation of how patronising and superior it sounds indicates an incredible lack of self-awareness.   Instead of talking down to people – why not go and talk to them?  Instead of telling people why they voted the way they did – why not ask them?   My friend, the columnist Ewan Gurr did and came up with the astonishing result that none of the poor he spoke to in Dundee actually voted for Remain!

Finally to let you know something of the level of intimidation that surrounds this issue – at least in Scotland – amongst the elites.  Try admitting at a dinner party that you voted for Brexit!  I did an interview for the BBC a couple of weeks ago and the journalist told me that it was almost impossible to get a Brexit-supporting business person on the programme, not because they did not exist, but because they were scared to speak on the media in case it harmed their brand and their business.  This is the authoritarian world we live.  Freedom is an overused, misunderstood and unvalued concept.

Having heard from Mr Daltry I’ll leave you with the WHO…with in my view the greatest Rock song ever!