I received your e-mail a few weeks ago. Forgive me for taking so long to reply but apart from the usual excuses of busyness and holidays your letter made quite an impact upon me. I was not angered by it –indeed the overwhelming emotion I felt about your letter –and I have been thinking about it a lot -was sadness. How is it possible for someone so educated (a PhD) to be so blind?

Forgive me –I do not mean to be rude and I do not usually write ‘Dear John’ letters, nor do I normally respond to private e-mail in public. But since your letter is representative of a similar viewpoint expressed by other ‘educated’people,I have decided to reply to you in public. I have removed any identifying points except that you are a PhD and that you live in Canada.

Let me first  0f all remind you of what you wrote:

“I live in Canada, and to some extent the situation of the churches is much the same here. Many of them are closing. What I do not understand is that all Ministers, bishops, blame everything for the cause, but never blame the real cause. I do not know if you have noticed, but education has made great strides, and the young people are not as gullible any more as we were when we were young.How long did you think that you could keep it up. Creation, Noahs Ark, and all that rubbish. Some people opted for the “Unitarian Church” and if any are going to survive, then it is them.Scotland is already dead for you and some of the Scandinavians also. And all over Europe is in decline. The Catholics are not faring very well either specially with the clerical abusing the children.Really !! I do not feel sorry for any of you. Maybe now you will be looking for an honest job!!!!!  Dr. John 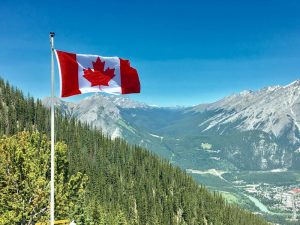 You obviously believe that the reason for the decline of the church in Western Europe and Canada is because people are becoming more educated and thus less susceptible to the ‘myths’ of Christianity such as Creation and Noahs ark. That is your first mistake. Do you really think that young people nowadays are better educated than they were 100 years ago? In my country we were noted for producing engineers, doctors, scientists, lawyers, writers out of our education system. We still do so but at a much lower rate and we are now faced with major problems of illiteracy and ignorance. Rather than the educating of our young people we have to a large extent ‘dumbed’ down and sought the lowest common denominator.

As for young people being less gullible –did you know that they have removed the word ‘gullible’ from the latest politically correct dictionary? Do you really think we are less ‘superstitious’ and ‘gullible’?Perhaps in Canada things are different but in America I am told that there are 250,000 people who believe that they have been abducted by alien spaceships, and in Scotland I know of people who think that where they position their toilet will affect ‘the harmony’ of their house! I think you will find that rather than being more educated and intelligent a considerable proportion of our population, having been brainwashed into the notion that God is dead, now find themselves wide open to believing anything. I think it was GK Chesterton who once said that “When one ceases to believe in God it is not that one believes in nothing, it is rather that one will believe in anything”.

Another mistake you make is to assume that to believe in Creation is somehow unintelligent and uneducated. Why? We have a large number of scientists who attend our church and they seem to manage being intelligent and believing in creation. After all it seems fairly logical when one studies the amazing design of the universe to suspect that their might be a designer?

Or let me put another question to you –going back to the question of origins we are faced with three options.

1)That once there was nothing. And then out of nothing came ‘something’.

2)That there has always been something –matter is eternal -a mass of gas or a piece of rock of ‘infinite density’ –which then exploded and then out of the subsequent chaos came Shakespeare, flowers and even Dr John.

3)That there has always been Someone. As the bible puts it an infinite personal God who created all the somethings.

The first of these options is philosophical nonsense. The second requires a great deal of faith. The third is the only really satisfying and reasonable proposition.

But let us move on to another of your points. You think that the only church which is likely to survive is the Unitarian Church. You really need to come out of the 19th century and come up to date. The fashion for the Unitarian Church died about 150 years ago. It is a tiny group of churches literally dying out. And no surprise –it does not believe in the God who is there.

Your statement about Scotland being ‘dead’ for us is also a gross exaggeration. Half a million people regularly attend Church. This is only 10% of the population but is nonetheless a significant number. Furthermore we are finding that people are very open to spiritual matters. They have drunk at the waters of materialistic secularism and found that it only makes them thirstier. And as for being dead you should be aware that the bible tells us that the whole world is spiritually dead. It is only by the miracle of God the Holy Spirit working in someone’s life that there can be new life. But then we believe in miracles.

Your point about the Catholics is poorly made –and not just in the atrocious grammar! Yes there are issues which the Catholic Church needs to face but it still remains the largest religious organization in the world. Personally I disagree with a lot that the Catholic Church does and teaches but I think it is a bit unfair to condemn all Catholics because of the actions of some wayward priests.

Please don’t feel sorry for me. I don’t want or need your pity. There are many things in my life that are a struggle but I am happy in having Jesus Christ to help and aid me in them. That is far preferable to living under the illusion that there is no God, that I am just a chemical accident and that we live in an educated society!

As for the honest job –I would love to have a job which enables me to work for 38 hours a week and pays me the average wage in Britain (about $45,000). But as it is I have a job which means that I am on call 24/7, which requires constant training, which involves continual personal attacks, a great deal of responsibility and all for the princely sum of $30,000 per year. But I am not complaining! I am happy to do this ‘honest’ job and to try and overcome the prejudices and ignorance that are exemplified in your letter.

It is always encouraging seeing prejudice over come and people coming to a real understanding of the beauty and worth of Jesus Christ. A couple of years ago a man who shared your preconception that Christianity was only for the ‘uneducated’ came to a theology course that I was teaching at the University of Dundee. At the end of the course he stated that although he was not a Christian he now acknowledged that there was much more to Christianity than he had thought and he now realized that there were many educated and intelligent people who honestly believed in Jesus and the teachings of the bible.

Not long after getting your note I received a message from another PhD–a man who had recently visited our church. Amongst other things he stated the following “I really was surprised because I had preconceptions about the Free Church but that’s been absolutely shattered by today”. Can I suggest that you consider the possibility that you might be wrong (something I am challenged with every day) and can I suggest that you get yourself along to a good contemporary biblical church where you will hear intelligent application of the living and enduring word of God.  You might be surprised by Grace.