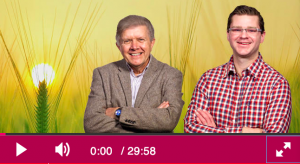 On Monday I had the privilege of again doing a ‘Ask any Bible Questions’ phone in on Premier Christian Radio.  It was live and I had no forewarning of any of the questions – so it is a pretty hard thing to do…Questions ranged from angels to adultery….not everyone was happy with the answers!

Feel free to follow up on any of the questions..