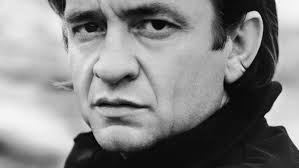 AirThis is an article I wrote 15 years ago…some people are worth remembering…I still listen to Mr Cash!

Death is a strange thing. When people are close to us and we witness their death it is understandably something which profoundly affects us.  On the other hand sometimes we hear of a death of someone from a distance, who we never knew, and yet it can also deeply move us.   One such death occurred last week. That of ‘The Man in Black’ – Johnny Cash. To many the name would register as just another famous singer reaching the end of the road. To some in the music industry it was that well worn cliché – the end of an era. But to many others it was the death of a Christian brother – whose life is a testimony both to the desperation of man and the grace of God.

On hearing of Cash’s death I immediately went and watched the video of one of his latest recordings – Nine Inch Nails song ‘Hurt’. It is an extraordinary video which if it fails to move you indicates that you truly have no soul. In it an obviously aging and ill Cash sings about the hurt of life, especially that caused by substance abuse.

There are some memorable lines – ‘Full of broken thoughts I cannot repair’; and especially

A million miles away

I would keep my self

I would find a way

It is a song of despair – where life is nothing but hurt and the loss of self. What shall it profit a man if he gain the whole world and lose his very self? The song itself offers no hope of redemption – only the sense of loss. And yet the images on the video, which reflect back upon Cash’s life, say different. The life of Johnny Cash is itself a testimony to the possibility of change and real redemption.

Johnny Cash was born in poverty in Arkansas at the height of the Great Depression. His parents, Ray and Carrie Rivers Cash were cotton farmers whose livelihood was destroyed by the depression. His father became a hobo labourer until they were able to move to a small farm holding of 20 acres. Johnny was greatly influenced both by the experience of poverty and the deep faith of his mother.   He began writing songs and poems when he was a child. The death of his preacher brother, when Johnny was 12, also had a profound impact upon him.

After a spell in the US air force in Germany he came home, married Vivian Liberto, had four daughters and moved to Memphis to become a door to door salesman. He was still determined to have a career in music and was signed to Sun records in the 1954. A string of hit records followed – including his best seller ‘I walk the Line’ which sold over two million copies. His career with Sun, though successful, came to an end when they refused to let him record gospel music – so he moved to Columbia records for the next thirty years.

Cash had a tendency towards depression and this combined with the touring life led to a problem with amphetamines and barbiturates. He wrecked every car he had for seven years, sank two boats in separate accidents on a lake, jumped from a truck just before it went over a 600ft cliff in California and found himself in many drunken brawls. His life went downhill and his wife sued for divorce. The bottom was reached in 1967 when he was almost killed after a major drugs binge.   One of the people who helped him out of that and also helped him recover his Christian faith was June Carter, of the famous Carter family. She was to be a great help in keeping him off drugs for the rest of his life – although there were relapses. For example in 1985 he entered the Betty Ford clinic to receive help.

Cash states that he was always conscious of God. “The hand of God was never off me”. But it was not until June Carter took him back to church and he heard a sermon about Christ the living water that he began to recover. Incidentally Carl Perkins told Cash that he too had quit because ‘if God can help you he can help me’. Perkins then went on to write ‘Daddy sang bass’ in memory of this.

He married June Carter Cash in 1968. It was a match made in heaven. They began their married life with bible study. And that was how they continued – a life devoted to each other centred upon Christ. When she died in May of this year it was evident that he would not last much longer.

His style of music almost defies categorisation. Certainly it is country – simple storytelling and description of life at the bottom end of the scale. But it was also rock – he was one of the famous four who signed with Sun records in the 1950’s – the others being Elvis Presley, Jerry Lee Lewis and Carl Perkins.

Johnny Cash’s influence on music is vital. He recorded over 1500 songs.   Long before it was in vogue to have ‘concept albums’ he had thematic albums such as ‘Ride this Train’ (1960) and ‘Bitter Tears’ (1964).   Others have suggested that he was the grandfather of ‘gangsta rap’ with songs such as ‘Folsom Prison Blues’ – a song about the desperation of prison life.   The difference between Johnny Cash and the current crop of ‘gangsta’ rap artists is that whereas they seem to glory in sin, Cash wrote of people plagued by guilt and seeking Gods forgiveness.

Although he could not read music he composed many songs – playing them over and over in his head before he would put it on tape. As a Christian and a man he was not afraid to speak up for those who were ignored, marginalised or oppressed.

In recent years his honesty and grittiness have won him an unlikely set of admirers – he became part of the MTV generation. His recording of ‘Hurt’ won him six nominations in the MTV video awards.   His album ‘American Recordings’, in which he applies his simple style to songs by Leonard Cohen, Louden Wainwright III and other songwriters, is one the best albums you will ever hear.

I guess that there was something about Johnny Cash which appealed to many people. Black is always in fashion. (I love the story of why he wore black. Apparently his first gig was at a Pentecostal church just north of Memphis – his friend asked what they should wear, to which Johnny replied, “Why don’t we just wear black because black’s best for Church” – do I hear a hearty amen from some of our FP brethren?!). This Man in Black may have had a bit of a morbid reputation but it was not deserved. Certainly he knew the hard side of life and the injustices, sins and wrongs that exist in this world – but he also knew the Saviour. That is why he argued in an interview in 1994

“I am not obsessed with death – I’m obsessed with living. The battle against the dark one and the clinging to the right one is what my life is about”.