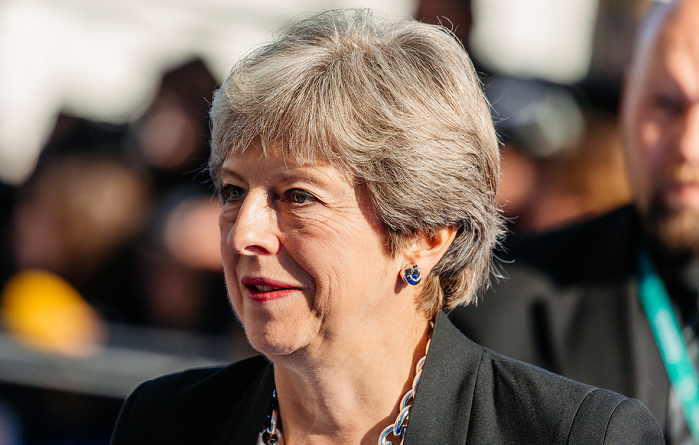 There are still some things that make my jaw drop – This article (largely unreported in the UK press who were far more concerned about the Prime Minister’ dancing) did so this weekend.   In comparison with this the Prime Minister’s ineptitude on Brexit looks positively benign.

What’s the story?   The Telegraph gives us a very positive spin – The UK government is going to give £200 million to help women in Africa/Asia who want contraception and want to be able to control the number of children they have.   “Marie Stopes International, one of the charities delivering the programme, estimates that it will help avert 2.6 million unintended pregnancies, 1.7 million unsafe abortions and 16,420 maternal deaths.”  (I always love the precision of these kind of estimates – which are largely guesswork based upon presuppositions and generalised figures which are then couched in generalised language ‘estimates, may, ).  It all sounds so great because in many ways it is.  Helping prevent unwanted pregnancies, ensuring that 5,000 girls are able to get back to school – who could object?

I can –  because its one of the most ignorant, evil and racist policies Mrs May could have come up with.  Why?

Ignorant –  It may be that Mrs May really is not aware of what she has committed to – that she really thinks she is doing good.  It may be that such is her desperate desire to avoid the nickname of ‘the Nasty Party’ that she unthinkingly just buys into the whole Western Liberal agenda and managed to convince herself that this is a good thing because it is ‘charity’.   Perhaps the Prime Minister doesn’t know that much of that £200 million will be going to international abortion provider Marie Stopes?  Perhaps she doesn’t know what Marie Stopes actually does?  Perhaps she is not aware that she has just committed British taxpayers money to funding an organisation which supports illegal abortions and encourages the killing of African/Asian children in the womb.  Watch this disturbing video from the wonderful Obianuju Ekeocha        where MSI admit what is happening.

Evil-  If Mrs May is not ignorant (on what would be a culpable level)  and actually knows what she has committed our money to then there are no other words for it than to say she is plainly supporting great evil.    We are talking here about the industrial scale slaughter of children in the womb – sacrificed on the altar of Western Liberal ideology.  When Marie Stopes talk about this policy averting 1.7 million ‘unsafe’ abortions, they are not talking about averting 1.7 million abortions; they are talking about enabling 1.7 million abortions, whilst conveniently forgetting that there is no such thing as a safe abortion – for the child in the womb!

“For they have forsaken me and made this a place of foreign gods; they have burned incense in it to gods that neither they nor their ancestors nor the kings of Judah ever knew, and they have filled this place with the blood of the innocent. 5 They have built the high places of Baal to burn their children in the fire as offerings to Baal—something I did not command or mention, nor did it enter my mind. 6 So beware, the days are coming, declares the LORD, when people will no longer call this place Topheth or the Valley of Ben Hinnom, but the Valley of Slaughter. (Jeremiah 19:4-6)

Britain is already the second biggest funder of family planning programmes in the world – in the last five years it has given MSI alone £163.01 million. The organisation’s recent financial report revealed that the UK’s Department for International Development (DFID) was the single biggest donor, granting £44 million, contributing to it posting a record income of £296.1 million.

Racist – Why racist?  Because this is a Western power offering money to African/Asian nations on the condition that they adopt Western values and give up their ‘primitive’ and ‘regressive’ values.  Ever since David Hume and Kant Western Liberals have believed they were the product of a superior race – ever since Darwin they have justified that belief by saying it is because we are more highly evolved.  I am currently reading the atheist philosopher, John Gray’s Seven Types of Atheism  – a fascinating book.  He provides compelling evidence that racism of this type is a product of The Enlightenment.

In his best-selling book Anticipations (1901) H. G. Wells, also a contributor to the Thinker’s Library, wrote of a new world order ruled by a scientific elite drawn from the most advanced peoples of the world. Regarding the fate of ‘backward’ or ‘inefficient’ peoples, he wrote: ‘And for the rest, those swarms of black and brown, and dirty-white, and yellow people, who do not come into the needs of efficiency? Well, the world is a world, not a charitable institution, and I take it that they will have to go … It is their portion to die out and disappear.’  (John Gray – Seven Types of Atheism).

Although of course any self-respecting Western Liberal today would disavow such crude and explicit racism – there is an implicit racism practised by Western aid agencies and government (as evidenced by the DFID and Mrs May).  They believe there is overpopulation in Africa (too many black babies) and that one of the best ways to control them is through killing the child in the womb.  Of course they don’t say that and they don’t use that language – but however they dress it up – that is precisely what it is.  Abortion in the US has always discriminated against the black population and now we have Europeans (who are suffering from depopulation in their own continent), imperiously telling Africans that we will give them aid as long as they buy into the Western culture of Death.

And the British Conservative Prime Minister is funding this on our behalf!  £200 million at a time for abortions in Africa and Asia whilst we are desperately struggling to fund our NHS at home – I have no objection to, indeed I would strongly encourage us giving money to fund proper maternity care – but not to kill babies.

At a time of crisis and financial shortage in the NHS, British taxpayers money is being used to fund abortion in Africa and Asia!

Well…not in my name.  I will never vote for a Prime Minister or party which indulges in such evil, racist and ignorant policies.   This is way more important than Brexit (although of course the EU is also fanatical in its support of killing African babies).  God have mercy on us.  And to think that Mrs May likes to portray herself as a Christian – a follower of the one who told us to do no harm to the child, who tells us that we are fearfully and wonderfully made in the womb, who came as a baby in the womb of Mary in order to save us.  It’s not just Herod who killed babies in order to fulfill his political ambitions.

A great deal was said about the Prime Ministers dancing ability (or lack thereof) .  I smiled about it – until I heard about this evil.  Now I cannot help but reflect that she is dancing on the graves of Africa’s children.