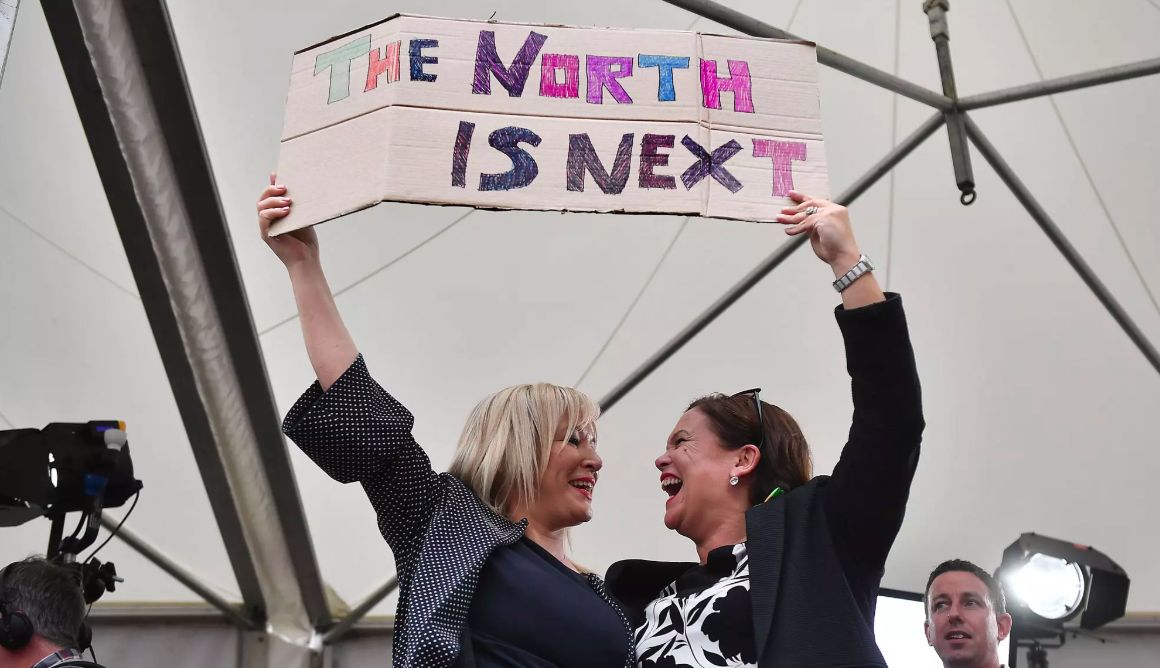 When it became clear that the death warrant for hundreds of thousands of Irish babies was about to be signed, it broke my heart.  When I saw the grotesque pictures of people dancing in the streets in celebration it was like a scene out of Dante’s Inferno.

My article yesterday Ireland Regresses; Sunday, Bloody Sunday  has been widely circulated and got the predictable response – although with a degree of viciousness which shows that the Dante’s Inferno image might not be out of place at all.

Let me share with you some of the reactions which show how, with very few exceptions, almost all our politicians (of right or left – which have largely become meaningless terms) have bought into this culture of death.

@10DowningStreet
22h22 hours ago
“The Irish Referendum yesterday was an impressive show of democracy which delivered a clear and unambiguous result. I congratulate the Irish people on their decision and all of #Together4Yes on their successful campaign.” – PM @theresa_may #repealedthe8th

Some people tried to defend her by saying that she was just congratulating them on the referendum but as you can see from the above she congratulated them on the decision.  Can I just point out to those of my atheist friends who like to bait me with the taunt about our ‘Christian’ Prime Minister, that Mrs May has given no evidence whatsoever of being a Christian – at least not in the Biblical sense of the word.  She, like most of our leaders, is firmly in the secular humanist camp.  The Prime Minister, the First Minister, the leader of the Opposition, the leader of the Greens, the leader of the Lib Dems – are all the same when it comes to these issues.   Take for example this from another Tory minister –

Penny Mordaunt, Britain’s women and equalities minister, said the victory to legalise abortion should now bring change north of the Irish border.’A histo id. ‘That hope must be met.

The SNP, Tories, Labour, Lib-Dems, Greens are united in their support of the culture of death.  There are however exceptions – one of the few politicians to stand up for the unborn children is Jacob Rees- Moog

Then lets come to Scotland and let me share with you three interchanges that occurred in the past 48 hours.

Firstly Ruth Wishart, the journalist, got involved with an interchange with me.  She said she was celebrating the right of women to control their own bodies.  When I pointed out that there was at least one other body involved, she went silent.

What is beyond perverse is that it took the deaths of so many adult women to bring about this change. #Savita

When I asked her how many women had died, she could not answer.  When I pointed out that the tragic death of Savita was as a result of a medical misdiagnosis and not the Irish abortion law, and that under the proposed new law (abortion up to 12) weeks, this would not have made any difference (because she was 17 weeks when the tragedy happened and would therefore have still needed a medical diagnosis) – she also went silent.

I was then asked by a government minister to remove my comments about people celebrating because they were ‘offensive’.  When I pointed out that they were true and that it was the people who were celebrating who were being offensive, I was met with a storm of invective and accusation.  I stand by the comments and will not remove them because they upset government ministers.

The point about saying all of this is just simply to point out that these are the people who are governing our country.  They do not like people standing up to their absolutist certainties.  They largely show an inability to defend their viewpoints and a limited grasp of the complex issues involved – and they far too often rely on emotion, invective, threats and abuse.   These are not internet trolls.  They are our leaders.   Little wonder that their supporters far too often copy and mimic their tactics and language.

I won’t depress you with the more abusive and ugly messages that some of our enlightened and loving liberals have sent.   We are turning into an ugly and totalitarian country where anyone who dares to stand up against the social views of the progressive elites is subject to the most vitriolic abuse – and I suspect, before too long, the law courts.

Meanwhile several Tory MPs are demanding that the Prime Minister use the opportunity to enforce abortion on Northern Ireland (something it appears she is going to resist, thankfully).  But the progressives have their next victims in sight.

What about the churches?

We can’t leave everything up to SPUC.

There is not a thing on the Church of Scotland website – they are very quick to respond about the situation in Gaza, or numerous other issues.  Will they say anything on this most vital of issues.

I looked at the Catholic Media Office website – nothing so far – although I have seen several excellent comments by leading Catholics.  There was this from the Catholic Church in Ireland.

What about the Church of England?   I havn’t come across anything from the Archbishop of Canterbury yet.

The Baptists?  Free Church? Others?  I have been searching but not finding anything. It may be that we don’t have the mechanisms for this kind of thing and we just leave it up to individuals, but we really need to be speaking as united bodies.

Why are we all so silent?  Are we not supposed to speak up for the unborn?  for the weak and the defenceless?  I think we agree in theory – its just we are not very good at the practice – I’m sure there will be things coming from various bodies including  the above and EA, CARE and other churches, but I have a suspicion that we far too often speak after the fact – when everyone else has moved on.

What does Jesus say?

Meanwhile thanks to all those who have written to me privately and on social media in support.  There are many millions who have not yet bowed the knee to Baal.  Ultimately we know that there is only one King and one victor.  I am glad to serve the King of Kings and Lord of Lords – and I absolutely trust the Lamb to deal with those who destroy the lambs.  These words of Jesus should be read to the celebrating crowds – as well as to paedophile clergy in the Church and to those professing Christians I mentioned yesterday – U2.

Matt. 18:1    At that time the disciples came to Jesus and asked, “Who, then, is the greatest in the kingdom of heaven?”  He called a little child to him, and placed the child among them. 3 And he said: “Truly I tell you, unless you change and become like little children,you will never enter the kingdom of heaven. 4 Therefore, whoever takes the lowly position of this child is the greatest in the kingdom of heaven. 5 And whoever welcomes one such child in my name welcomes me.    “If anyone causes one of these little ones—those who believe in me—to stumble, it would be better for them to have a large millstone hung around their neck and to be drowned in the depths of the sea.