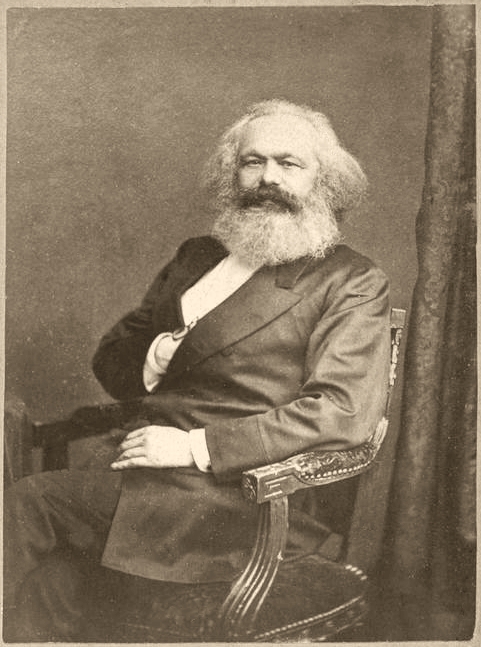 The Chinese sponsored a new statue of Marx that was unveiled in his birthplace, Trier, Germany on Saturday. Jean Claude Juncker speaking at the unveiling of the statue, sought to justify Marx by saying he had been misunderstood by his disciples.

President Xi Jinping spoke of Marx as the greatest intellectual thinker and the hero of the working classes and the poor.

Meanwhile the shadow chancellor in the UK, John McDonnell, gave a lecture on ‘Marxism as a force for change today’.

So should Christians be celebrating the birthday of Karl Marx and giving thanks for his insights and genius? After all if the New York Times, the EU, the Chinese and politicians from liberal democracies can all unite in praise of Marx, perhaps there is something for Christians to give thanks for as well? Maybe there should be a commemorative service at Westminster Abbey or the Vatican?

There was a time when I, like many young people bought into the myth of Marx. I read biographies about him and even read The Communist Manifesto and Das Kapital. I believed that he was on the side of the poor, against the excesses of corporate capitalism and that he espoused a powerful ideology that changed the world for the good and helped overcome a fascist ideology that caused so much harm. Even when I became a Christian I held on to the view for a while that communism rather than capitalism was more compatible with Christianity. Then I grew up. It was the study of history and the brute bare facts of what happens when Marxist ideology is put into practice that led me to see that Marx was instead a prophet – but not one from God. Rather he was the atheist prophet whose doctrines have led to more deaths than any other ideology in the world.

Of course he got some things right. As did Stalin and Hitler.   But we don’t celebrate the birth of Hitler because he got motorways right!   Marx’s analysis that unfettered capitalism brought about great injustice remains true. His view that society needed to be changed and social structures reformed is still apposite today. The trouble with Marx is what he got wrong – so wrong that it made his proposed solutions even worse than the problems he was trying to address.

His atheistic materialism meant that he could see no solution outside humanity. His misunderstanding of human nature ensured that when his ideology was tried voluntarily and failed, it would be imposed by an authoritarian police state. Rather than President Juncker’s somewhat pathetic attempt to justify Marx as a teacher whose disciples got him wrong, Marx actually foresaw this and taught that his ideology should be imposed by violence and bloodshed. The revolution would be bloody but the pain would be worth it, as Nirvana was achieved through the dictatorship of the proletariat. Revolutionary terror was not a side result of Marxism but a primary component of the ideology. A component that has been taken up with great gusto by every Marxist state in the world – from Stalin’s Russia to Mao’s China and all the regimes in between (Albania, Cuba, North Korea, Eastern Europe, Kampuchea, Vietnam, Venezuela). The result has always, without exception been catastrophic. Over 100 million people have died as the result of Marxist teaching. 100 million!

So why are Western liberals and Chinese Capitalists celebrating and commemorating Marx’s birthday? ‘He was an important figure’, they say. Indeed he was – but so was Adolf Hitler. Will they be putting up a statue in Brannau am Inn on April 20, 2019 to celebrate his 140th birthday? Will there be commemorative speeches from the President of the EU on that occasion? Can you imagine the uproar if a right wing politician gave a speech on ‘Fascism as a force for change today”?!

So why the difference in approach?

Firstly it is because as the French philosopher Alain Badiou observed, ‘Marx has become the philosopher of the middle class’. The Marxist view of history and progress is the predominant view in many Universities and therefore permeates much of middle class society. Furthermore the Middle classes are now able to adopt cultural Marxism – where they don’t really need to bother about the economics (because Marxist economics has failed everywhere and capitalism is more dominant than ever), but can kid themselves they are being really revolutionary by supporting social changes and attacks on ‘bourgeois morality’. They don’t seem to see the irony that it is the bourgeoisie who are imposing their new morality upon the whole society (often at the vast expense of the working class).

Then there is the issue of hypocrisy. Like that of the Chinese government – who laud Marx by donating statues, whilst at the same time presiding over a state capitalist system which creates hundreds of billionaires, a growing gap between rich and poor, whilst being anti-democratic and having an appalling record on human rights abuses, including the increasing persecution of Christians. But that hypocrisy is matched by Western politicians – who in the name of human rights seek to impose their ideology on their own people (and much of the rest of the world) but laud and court the Marxist Chinese regime and join in the celebration of the birth of the most destructive ideologue in history!

There is however a Christian alternative. One of Marx’s most famous sayings is ‘from each according to his ability to each according to his needs’. This was something that came out of Paul’s second letter to the Corinthians ‘Our desire is not that others might be relieved while you are hard pressed, but that there might be equality. At the present time your plenty will supply what they need, so that in turn their plenty will supply what you need. The goal is equality, as it is written: “The one who gathered much did not have too much, and the one who gathered little did not have too little.”‘ (2 Corinthians 8:13-15).

Some people argue that in the early chapters of Acts, the New Testament church practised a form of communism. Whilst the early church did not abolish private property (one of the basic tenets of Marxism), they did teach that wealth should be shared and used, not stored and abused.

Marx argued for a society where relationships between people, rather than relationships based on capital, was the basis. Christians should agree with that absolutely. But Marx failed to take account of human sinfulness and as a result his ideology has never been able to achieve anything other than further injustice and violence. The Scottish founder of modern Capitalism, Adam Smith, in a book that was as influential (and more successful) than The Communist Manifesto, argued for a capitalism that was not based on consumerism and greed, but one that was based on Christian values (the jury is out on whether Smith himself was a Christian or not!).

Christians should not seek to condemn Marx because he was anti-Capitalist. We condemn him because, being anti-God, he became anti-human. His Godless, loveless, materialism has left a devastating legacy for the world. It is one we mourn rather than celebrate. Instead we point to the God who is Love and Justice; and the Jesus who warned us to seek our treasures in heaven, not on earth. Seek first his kingdom and all these things will be added to you!

Christmas in China: Why the Communist party will never control the church