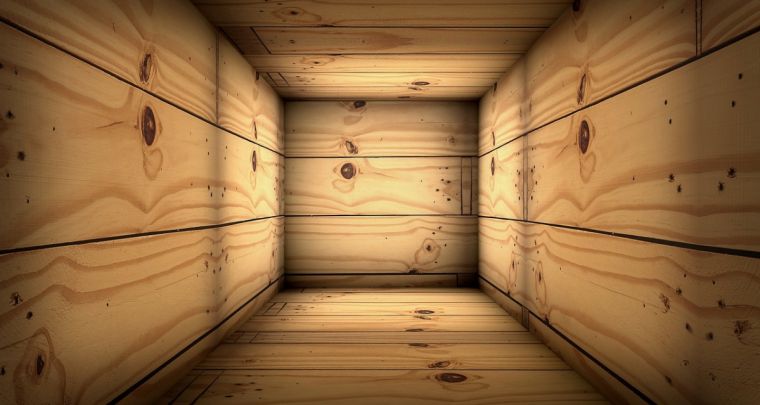 Having reflected on how little he knows, Solomon now turns to the one thing we can all we sure of – death (Ecclesiastes 9:1-9).

We many not know what is going to happen in life, but one thing is certain – everyone is going to die. The same destiny overtakes all. That is the hard reality of life. So let us eat, drink and be merry for tomorrow we die.

Woody Allen once said, ‘I’m not afraid of death, I just don’t want to be there when it happens.’ Despite ‘death cafes’, the campaign for euthanasia and the omnipresence of death through our TV screens if not our personal experience, death still remains the one taboo subject in most of polite society.

The sting of death, verses 2-3

He is saying that death comes to all, indiscriminately, good or bad: ‘Just as man is destined to die once, and after that to face judgment…‘ (Hebrews 9:27). Death is not an accident – it is an appointment which only God can change or cancel. He is not saying that we are to live passively or that we are not to prepare. But he is saying that it is only God who knows the future.

To the Preacher, death is not natural. It is not something we should be comfortable or stoical about. It is an evil. And so, as with most evils, people seek to escape. Because of the shadow of death there is madness in our hearts while we live. It’s a madness linked with frivolity (2:2), corruption (7:7), pride, self-justification, and violence. This madness is universal – it applies to all. It is the whole of our inner nature. A kind of wild lifestyle. Life is mad. It is mad because we can spend, spend, spend. We can fight, fight, fight and yet the last enemy is always there. We can defeat other enemies but not this one. The whole of life appears futile because of death.

‘And free those who all their lives were held in slavery by their fear of death’ (Hebrews 2:15). What is it about death that makes people so afraid?

One of the big problems for the atheist view of death is that it is the great equaliser and the great negation. If it is the same for the good man as for the sinner – if we share the same destiny – then why bother being good? The secularist has no real answer. The Bible on the other hand tells us that we do not share the same destiny after death. And that there is something beyond death.

Rather than being a nice way of getting out of a hard world, death has power; death has a sting. ‘Where, O death, is your victory? Where, O death, is your sting? The sting of death is sin, and the power of sin is the law’ (1Corinthians 15:55). This is why people are afraid. We sense that there is something beyond – we fear it not only because it is unknown, but also because we have this sense of judgment to come. And so because we don’t like the answer, we seek to avoid the question.

Not everyone goes on the escape route. Some go the fatalist way: ‘Life isn’t worth living…given that you’ve got to die, it obviously doesn’t matter exactly how or when,’ said Albert Camus (The Outsider). But where there is life there is hope. There is a conversation from the 3rd century BC between two farmers who are featured in a poem by the Greek poet Theokritos. ‘Console yourself, dear Battos,’ says Korydon. ‘Things may be better tomorrow. While there’s life there’s hope. Only the dead have none.’

Solomon says that the dead know nothing: ‘If his sons are honoured, he does not know it; if they are brought low, he does not see it. He feels but the pain of his own body and mourns only for himself’ (Job 14:21-22).

This is not denying an afterlife. It is saying that you cannot live life again. It cannot be enjoyed in retrospect. Therefore Solomon says it is better to be a live dog than a dead lion. The lion was the mightiest of beasts and was admired as such. The dog was a despised scavenger. But at least the dog had life. We are to value life. We are to honour life. We are to preserve and use life well.

We often hear people talking about their memory, love etc. of the dead living on. No, says Solomon, they don’t. Love and hate vanish. It is gone from the earth. Their memory does not linger on. But on the earth there is still love, hate and jealousy. So use whatever God has given you while you still have it.

There is something shocking about Solomon’s brutal assessment of life and death under the sun. He will go on to talk more about how we are to live these valuable lives, but meanwhile let us reflect on the seriousness of these issues. It is because of death that life is so precious. It is because life is so precious that death is such an evil. In the presence of the death of Lazarus, Jesus wept and Jesus raged. He hated death and all its power and evil. He came to take away the sting and to nullify the power of death. He is the Life. What a great and glorious hope we have to offer to a dying people!

This article was first published on the Christian Today website