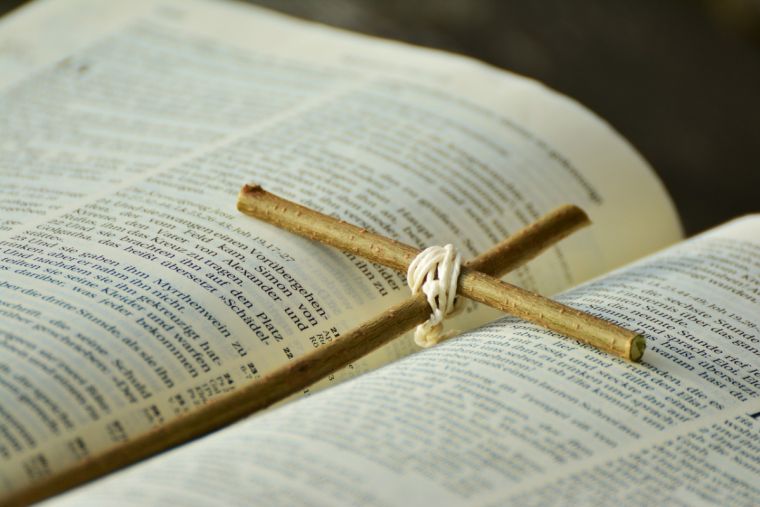 After the first and highly successful Live Aid, Bob Geldof turned to his fellow organiser Midge Ure, and asked, ‘Is that it?’ It was his reflection on the success and joy of Live Aid – a reflection which became the title of his autobiography.

Many of us can identify with this. We have this sense of something missing. We are aware of living in the shadows – what CS Lewis calls the Shadowlands. It’s a bit like being in the Matrix – having the vague feeling that there is something more. The shadows are passing. They are real but not real.

But what is reality? This week’s Ecclesiastes passage (6: 1-6) begins to ask and answer that most fundamental of questions – and to look for some real meaning. Where can we get that meaning in what is apparently an ultimately meaningless world?

Solomon speaks from the perspective of earth – ‘under the sun’. He speaks of a situation where wealth has been given but the capacity to enjoy it has not.

‘People never seem to learn from the experience of previous generations, and continue to look on wealth as the road to satisfaction. Their hopes are always disappointed,‘ wrote Stuart Olyott.

It is not just wealth – there is honour. Solomon has fame to go with his wealth. But he is not able to enjoy it. What is the point of having it all if you cannot really enjoy it? The poet William Cowper describes the frustration beautifully – it’s ‘the toil/ Of dropping buckets into empty wells,/ And growing old in drawing nothing up.’

If wealth and honour are not the answer, perhaps we can live for our families? But what is family? This Sunday is Mother’s Day, what used to be known as Mothering Sunday, and a Belgian nursery has got into a bit of hot water for deciding not to celebrate it but instead replace it with a families day – because modern families come in all shapes and sizes. What if you don’t have a mother? What if you have two fathers?

The question of what is a family is one that is going to come more and more to the fore and is causing a great deal of upset and confusion in our culture.

In Solomon’s day long life and many children were considered great blessings.

But despite the changes since then in how families are perceived, there are very few who would deny the importance of the family and the blessing of children. As the Psalmist says, happy is the person whose quiver is full of them!

But even if you have wealth, fame and honour, and a rich and fulfilled family life – what if you die unmourned and unsatisfied? What is the point? The King James Version of verse 3 states, ‘his soul is not filled with good’. Solomon is talking about the whole inner life of man; our capacity for feelings, enjoyment, satisfaction.

Why is there the emphasis on dying unburied? Does it matter what happens to our bodies when we die? If we are just a bunch of chemicals thrown together, then maybe Richard Dawkins is right – we need to overcome our fear of eating human meat. But of course the Bible takes a much more humane view of humanity. Our bodies are important and how we depart this world is as important as how we come into it. We don’t want either the death or burial of a donkey.

What Solomon is saying is that our life should be lived in such a way that when we die we will both be missed and mourned. He contrasts the life of the stillborn child and the life of the man who has it all and yet cannot enjoy it all. A stillborn child comes without meaning, departs in darkness and its name is shrouded (verse 4). But she has more rest than the man who lives a miserable life on this earth. They both go to the one place – Sheol, the place of the dead.

If there is no afterlife then the point is that we all go to the same place – no matter what we have done. The Bible teaches that there is an afterlife – that here we are living in the Shadowlands – and the real, the best reality is yet to be.

I was in a debate on assisted suicide this week with a leader of the secular society. At one point in the debate she declared to the audience: ‘There is one thing that is certain – we are all going to die.’ As a preacher I could not miss that open goal. ‘Of course we are all going to die, that’s the point of this discussion. It’s what happens after we die that matters. If we are just a blob of meaningless carbon floating from one meaningless existence to another, then why not get it over with as quickly as possible? It is precisely because there is life after death, that life before death matters so much.’

Wealth, fame and family mean so much more when they are seen in the context of eternity.

This article first appeared here on the Christian Today Website

Ecclesiastes 5:8-20- The secret to a contented life