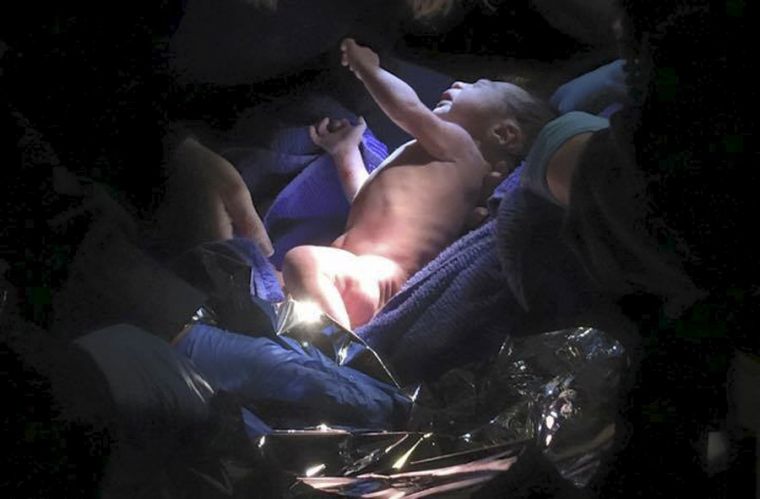 The Prime Minister has just given what was probably her most important speech on Brexit. Fortunately for her it is probably her best. I was expecting something far worse. I was wrong. You can find the whole text here – but despite the carping and complaints this is a speech with detail, vision and a great deal of practical common sense. I was pleasantly surprised.   Its not what I would want – because I think that the EU can’t be trusted and we should just get out – but given the circumstances in her own party and the continued campaign of the Establishment, funded by billionaires like Soros, against Brexit, its probably the best she could have done. Its also been a week where the old Establishment came out of the woodwork – Blair, Major, Campbell, Heseltine et al claiming that Brexit was a ‘historic mistake’. I accept that given the amount of ‘historic mistakes’ they made, they are the experts in that particular department, but I’m not sure that we should listen to them!  How strange to see Sturgeon and the SNP, the Lib Dems and other Left/Liberals praising and siding with Major and Blair….

From a Christian perspective we need to pray because the whole situation is an impossible mess – with stupidity, pride, greed and power games being predominant on all sides. May’s speech was reasonable and offered compromise (too much for my liking) but I doubt it will work or be enough. Mainly because the EU is completely intransigent and the powerful within it don’t have to worry about being re-elected. They are not accountable so they can play hardball with other people’s lives.  Plus the EU is not primarily concerned about what is good for trade – they use trade for political ends. And their apologists in the UK speak as though it is just about trade.    From a Christian perspective (whatever our political view) all we can do is pray.

There are lots of stories about the storm currently afflicting the UK. I’ve hardly been out the house for the past couple of days and have had to cancel a few things. I woke up this morning to a frozen house because our boiler was bust – thanks to our Christian Polish plumber, Konrad, for fixing it. And to the joy of hearing Nigg, Portmahomack, Fearn, Arabella and other names from my home area of Easter Ross being mentioned.   Here is a photo published in a local newspaper by a Christian farmer friend of mine – showing the roads around my parents house.

Once again we are reminded – that however much we think we are in control, our times are in someone else’s hands. It’s not us who command the elements!

Thursday this week was the last day for responses to the Scottish government’s consultation on gender self-identity. I will publish that probably next week but meanwhile here are a couple of stories that again illustrate our societies obsession with this (or at least the elites who run it).

The Bi-Gender Education Convener who doesn’t know what the law is.

Gregor Murray is an SNP councilor and the education convener for Dundee City Council – which makes the following story even more disturbing. Gregor says that he is not a man, but also that he is not a woman.   He doesn’t know but strongly objects to my using either he, or she and gets upset if I don’t use whatever preferred pronoun he wants (when The Courier writes about him they have a real nightmare). I however refused to be intimidated by someone who wants to mangle the English language in order to promote his false and twisted Queer Theory ideology. Gregor had a wee twitter spat with me – some of which I reproduce below: it’s worth reading because of the astonishing revelations he makes in it…

“Trepidation” my arse. You’re a hate monger and you thrive on this stuff. The concerted campaigns to respond to this are from those who are mostly against self-ID.

I’m not willing to debate what my rights should or shouldn’t be with you. It makes no difference to your life whatsoever. The fact that you have such strong opinions is frankly creepy.

I can’t answer a question that makes no sense. Sex is biological. People are male or female or intersex. Gender is a social construct. People can be men or women or in between or neither or…

You are being ignorant. I believe in being nice to all people, so yes. I think that makes me a better person than you, since you spend your days fighting against social progress and against better rights for the most marginalised in society. It’s not what Jesus would have done.

This consultation IS just about changing paperwork. I’m pretending nothing. That’s literally what this is about, some ADMIN.

Do you deny that if someone self -identifies as a woman legally they will now have to be regarded and treated as a woman? Which one of my scenarios was wrong?

Yes, I deny that, and all of your scenarios. They’re all wrong. Getting a GRC does none of those things.

Ok – this is really important. Let me repeat the question for you. Are you saying that even if I change my gender by self-identity I have no legal right to be regarded or treated as my new gender? Really?

Not by anyone else, or by companies or whatever, or sports clubs, or….. anything really. This is about us and how the state records us for official purposes.

Does changing my gender identity give me the legal right to be regarded as the gender I wish to identify as? Why can’t you give a straight answer?

I did give a straight answer. I’m denying it.

It is just paperwork. You can repeat the same sordid lie over and over as many times as you like, but it won’t make it true. There are no laws in Scotland on changing rooms, toilets, sports, or any of these other things. No one is proposing we have any.

You get the gist.   But here we have a city official telling us that being able to self identify as whatever gender you want (of the 71 that apparently exist) is just paperwork and admin. It has nothing to do with the legal right to be regarded as whatever gender you self identify as.   I was astounded that he specifically denied that. And then when he said there were no laws about a man going into a woman’s restroom, or prison etc. I was stunned. He actually agreed that I as a man had the right to do that because there are no laws against it. Again you need to remember that this man is in charge of the education of our children. And this poster is an example of the kind of ‘education’ he is pushing.

I was phoned by a journalist this week and asked to comment on lottery funding being used to help failed asylum seekers (I thought it was a good idea) and also to comment on the following advert.

This latter one seems to me to be a nonsense.   Most obviously it claims to be about ‘inclusion’ but proposes to set up an exclusive club for Queer/Trans teenagers. Although they are careful in their questions not to ban the 98% of Glasgow teenagers to whom this does not apply, nonetheless they make it very clear that they are not welcome. I love it that they think that ‘roller derby is inherently feminist’!   As the journalist pointed out a disproportionate amount of public money is sent to groups like this – who would not exist without it, because there just isn’t the demand for it. This is not about equal provision for young people. It is about promoting a particular ideology. Think about it this way…can you imagine the government giving me money to promote a club for heterosexuals? Oh – but its for the marginalised. Excellent. If that’s the case then I will be putting in a big grant request for one of the most marginalised groups in Scotland today – Christians.   Lets see how equal and diverse our authorities really are!

The Labour MP Fabian Hamilton has claimed that people kneeling in prayer outside abortion clinics is harassment.

“Writing in reaction to pro-life vigils outside a Marie Stopes centre, he said such people are part of “fanatical groups” – an accusation rejected by pro-lifers.

He wrote: “Unfortunately, women who use abortion centres are becoming regularly exposed to abuse and harassment from anti-abortion activists standing outside the clinic, often kneeling in prayer”.

In a move that would have made Hitler proud, the most atheist/liberal country in the world, Iceland, is proposing to ban Jews. They of course deny this, but in seeking to ban

circumcision they are seeking to ban Jews. It is as though they said Christians are welcome but they are not allowed to baptise! Mind you Iceland would mean that Muslims are banned as well….for the past couple of weeks I have listened to militant secularists defending this and suggesting that it should be applied in the UK and Europe – in order to protect the children of course!

Finally a beautiful song for your edification….

“But I will stay on at Ephesus until Pentecost, because a great door for effective work has opened to me, and there are many who oppose me.”
1 Corinthians 16:8-9

LED 25 – Billy Graham; Is the Netherlands a Narco State?; Dundee- the Death Drugs Capital; The Thought Police and Center Parcs; Apple Removes Easter; The Post; Google and the end of Science.