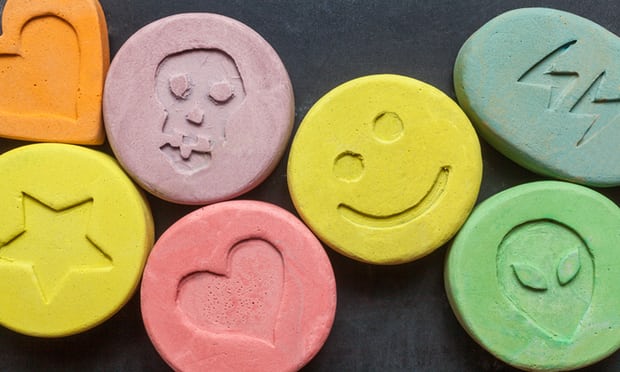 This week has been a significant week because of the death of Billy Graham – much has been written about him – most of it positive (although a few religious people and militant atheists have done their best to stick the boot in!) perhaps this from the New York Times is the best from a secular perspective. I also thought this article from the BBC on six things Billy Graham believed was fascinating.

2.  Is the Netherlands a Narco State?

It seems that all is not well in paradise….the Dutch experiment with drugs is not working as well as we have been told – This from the Guardian

Official figures suggest crime is on a downward trend but officers say many victims have stopped reporting incidents while organised crime syndicates have been given a free rein.

“Only one in nine criminal groups can be tackled with the current people and resources,” the report given to the De Telegraaf newspaper says. “Detectives see that small criminals develop into wealthy entrepreneurs who establish themselves in the hospitality industry, housing market, middle class, travel agencies.”

The paper from the Dutch police union, based on interviews with 400 detectives, adds: “The Netherlands fulfils many characteristics of a narco-state. Detectives see a parallel economy emerge.”

The Netherlands has its own drugs problem.   But I live in the city with the worst drugs death rate in the whole of the EU – Dundee.  Watch this heart breaking video.

Dundee is trying to reinvent itself – with the acquisition of the V and A and other good things going on in the city.  But we are in danger of developing two Dundees – the prosperous fashionable one, and the one with the underclass.   I think that this is what is happening across Europe – and I don;t think our comfortable Middle class values have any real answer.  But Christ does.   If only we could get justice for drug dealers and hope for drug addicts.

4) The Thought Police Are At It Again

‘Stop funding hate’ are following their hateful agenda again.  Once again against their favourite target, The Daily Mail.  They have decided that Richard LittleJohn’s column in which he made the shocking suggestion that children were best brought up by a mum and a dad is ‘completely unacceptable’.  Center Parcs agreed after yet another mini-Twitter storm and so pulled their adverts.   Apparently even to say such a demonstrably true thing is enough to get you black listed.  However the wonderful gay writer Doug Murray stepped in to defend Littlejohn by writing an article in The Spectator asking whether it is really homophobic to say that two men cannot have a baby!

The BBC had this fascinating programme which again shows where things are going – instead of fixed sexuality we are now on to ‘gender fluid’ – who says people can’t change their sexuality? Its a sad programme demonstrating yet again the self obsession and delusions of humanity.

Apple have apparently decided to remove Good Friday and Easter Sunday from their US calendar.  Not the biggest story in the world, but indicative of a worldview which is fundamentally anti-Christian – like most of the major corporations.

Loved watching The Post-  a good old-fashioned movie, well acted and with a good amount of drama and tension.   However I do think that the notion of the press as truth seekers and truthful claimers in an age of  post truth and alternative facts –  is a bit fanciful. I wonder how many newspapers would dare speak truth to power today? Which of them would dare take on any of the cultural (mostly liberal) shibboleths?

7) Google and the end of  Science

The James Damore case has shown some interesting fault lines in the culture.   Perhaps the most fascinating of which is the subordination of science to ideology –  in a way which would please the most rabid of religious fundamentalists! Just have a look at  these following quotes from this report

In explaining the board’s reasoning, NLRB member Jayme Sophir points to two specific parts of the controversial memo circulated by Damore in August: Damore’s claim that women are “more prone to ‘neuroticism,’ resulting in women experiencing higher anxiety and exhibiting lower tolerance for stress” and that “men demonstrate greater variance in IQ than women.”
Sophir describes how these gender-specific claims resemble other cases decided by the NLRB that revolved around racist, sexist, and homophobic language in the workplace. She says that specific Damore statements were “discriminatory and constituted sexual harassment, notwithstanding [his] effort to cloak [his] comments with ‘scientific’ references and analysis, and notwithstanding [his] ‘not all women’ disclaimers. Moreover, those statements were likely to cause serious dissension and disruption in the workplace.”

This weeks quote of the week from C S Lewis shows how he foresaw the end of the scientific age…the irony is that whilst  some atheists think that science is going to get rid of Christianity, it is possible that the rejection of Christianity will be a body blow to the supremacy of science.

“Religion rendered possible the birth of modern science. Men became scientific because they expected Law in Nature, and they expected Law in Nature because they believed in a Legislator. In most modern scientists this belief has died: it will be interesting to see how long their confidence in uniformity survives it. Two significant developments have already appeared—the hypothesis of a lawless sub-nature, and the surrender of the claim that science is true. We may be living nearer than we suppose to the end of the Scientific Age.”  (CS Lewis – Miracles)