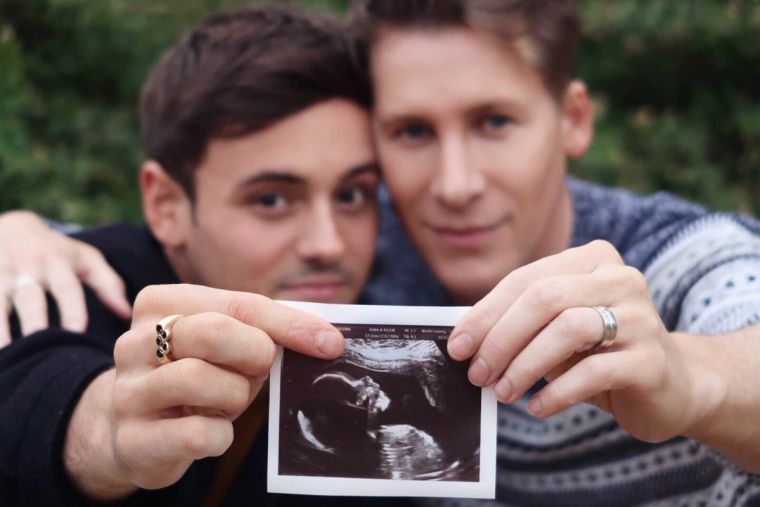 Welcome to LED no. 24….as always we try to bring you a mixture of articles and comments, which illustrate and illuminate the world we live in.

The stories about Oxfam (and other large charities) are appalling. It’s not just that Oxfam workers engaged in sexual abuse but that Oxfam knew and attempted to cover up. What intrigues me about this is that if it had been the church then we would never had heard the end of it. When it was the sleaze of a Presidents Club we had eight days of that in the news – when it is Oxfam covering up prostitution and abuse by their own workers (surely a far more serious offence?) there are excuses and silence.

Tom Daley and his partner Dustin Black are ‘having a baby’.  Conveniently ignoring that the statement  is of course a nonsensical post-truth alternative fact.    Two men cannot have a baby. What is happening is that the two men are using a woman to provide a baby for them – whether it’s a friend or they have hired someone is not really the question. Why does anyone think that it’s a good thing to deliberately bring a child into the world without a mother? Why are our media so scared to actually speak the truth about this? Is it because truth is held in such low esteem?

Can I point out that this is not to attack or demonise Tom Daley or Dustin Black – my concern is with the way that children are being treated as commodities and their needs being ignored.  I wrote in a much earlier piece in defence of Tom Daley.

Christian Today had an article pointing out the hypocrisy in this, but the article itself is indicative of how the church has become so confused on this issue.

It’s incredible that one should have to point this out to a Christian writer – but being opposed to same-sex marriage is not homophobic. And welcoming people in church does not mean that you have to agree with every aspect of their lifestyle!

“In human records there is no instance of a society retaining its energy after a complete new generation has inherited a tradition which does not insist on pre-nuptial and post-nuptial continence.” For Roman, Greek, Sumerian, Moorish, Babylonian, and Anglo-Saxon civilizations, Unwin had several hundred years of history to draw on. He found with no exceptions that these societies flourished during eras that valued sexual fidelity. Inevitably, sexual mores would loosen and the societies would subsequently decline, only to rise again when they returned to more rigid sexual standards.”

madness has now taken over the Scouts….has a good point – “But here’s a thing. In its drive for diversity and inclusion, the Scouting magazine does appear to be extremely keen on matters Islamic and LGBT. Why, for example, is there such a focus on Pride, Homophobia and AIDS, but nothing on (say) Red Wednesday, drawing attention to those who are persecuted for their faith? Why so many pictures of women in hijabs and niqabs, but no Christians wearing crosses (or reports of those who are harassed and excluded for doing so)? Why is there a ‘faith resources’ link after Eid al-Fitr, to which Scouts may turn for further spiritual enhancement, but none after Christmas (“spread kindness”) or Easter (“chocolate eggs”)?”

For a number of weeks I have been aware of a film coming out entitled ‘Voices of the Silenced”. Contrary to reports it is not a film about a gay cure – but it does champion something that our society is supposed to be very keen on – the individual’s right to choose. What about those who choose to deal with their homosexual feelings by seeking to change or get rid of them? Are they not allowed to do that? Our society seems to have adopted some remarkably contradictory approaches to the question of sexuality – on the one hand we insist that people are “born that way”; on the other we insist that we have the right to choose our sexuality and sexual practices. There is no doubt that people can and do change. But it seems as though anyone who expresses a desire to do so, or offers to help those who want to do so, are to be treated as criminals.

Does anyone else notice the irony of a film entitled ‘Voices of the Silenced’ being silenced?!

Of course this is yet another example of free speech being suppressed. Why should this film be prevented from being shown? Even if it is wrong (and I havn’t seen it so I can’t comment) surely the only way we can know is by being allowed to see it. There are many more harmful films that are currently being shown all over the country. Why pick on this one? Because the LGBT activists will not tolerate any dissent or disagreement from their agenda. Christian Concern are to be commended for their support for the Core Issues Trust. And those liberal authoritarians who use fascistic methods to silence those who disagree with them, need to grasp that their methods are counterproductive. I for one will now watch this film – and if it is as good as this trailer I will happily promote it!

Sometimes I wish that our parliaments (and churches!) could be a wee bit more African!

I often get messages from ‘women’ who just love my appearance and want to get to know me, or those whose rich uncle has just died in Nigeria and named me in their will. But last week in the Solas office we got the following message. The reply sent from one of our team was classic!

Hi magazine, my name is Tanya and i’m from Russia. Currently I live in US. Im so glad to see your profile on Facebook. You seem like my type and I would like us to know each other better. You are super cute and handsome. If you feel the same, email me velke2xc@rambler.ru and I will send some of my photos. Hugs, Tanya

To which my esteemed colleague David Hartnett replied….

Hi Tanya, I’m so glad you like my Facebook profile. Currently I live in UK, but I’m available in the US as well. I have been feeling rather flat lately and this has cheered me up. I’m glad you like my type. I will tell you a secret – it is SoinSansPro – Bold – just like my personality! I would like to see some of your photos. Unfortunately I can’t send you mine, as this would violate my licensing agreement. Can you help me? I have been told that I only have 4 months to live. I need to raise USD$$50,000 to keep going. Do you have rich uncle in Russia will help? I know I have many issues in the past, but don’t let this stop you. Your hugs make me feel glossy. Kisses, Magazine.

“”Those who make religion their god will not have God for their religion”. Thomas Erskine