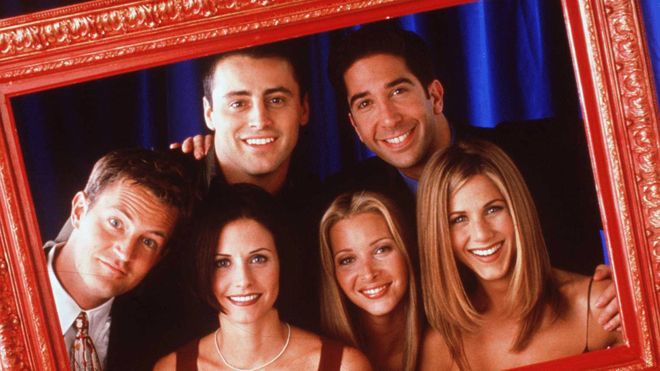 Welcome to the first LED of 2018.   I have decided to publish Light Engaging Darkness every Friday. If you are reading this for the first time, LED is just a fairly random collection of the week’s news and issues – with comment from a Christian perspective. Enjoy.

The Canadian clinical psychologist is in the UK and making a tremendous impact. His lectures are sold out – the media are paying attention and his book has just been published. The absolute highlight and must watch video of the week is his interview with Kathy Newman.

There is so much in this that one could comment on. Perhaps one of the things that struck me was the way that Kathy Newman, educated at one of the most exclusive private schools in the UK and at Oxford University tried to project herself as someone who is disadvantaged and has to struggle!   But most of all it’s a wonder to behold the calmness, intelligence and rational arguments of Jordan Peterson against a supposedly top interviewer who seems unable to do much more than shriek the standard clichés of the liberal elite.

Note this brilliant analysis from The Spectator….

Yet more examples of the madness of the trans ideology being imposed on the whole of society. Firstly this from the Labour party – posts reserved not for ‘a woman’ but for a ‘self-defined’ woman. “Where eligibility is restricted to self-defining woman this means that anyone who self-defines as a woman is eligible to stand for these positions. Young members who do not self-define as a woman will not be eligible. You must indicate whether you self-define as a woman when you complete the online nomination form via the Youth Elections portal.”   This means that if you are a man and you want a post, all you have to do is ‘self-define’ as a woman and there is nothing that can be done. Feminism eat your heart out….trans ideology has destroyed your gains!

And in this classic example of politically correct ideology harming rationality and health, it turns out in the UK that some women who ‘self identify’ as men are not being offered screening for breast cancer, whilst men who self-identify as women are being invited for a cervical smear!

Netflix has begun to offer the 25-year-old series – and my children are watching endless re-reruns. I almost want to ban the thing! And it seems I’m not the only one! Apparently today’s viewers are sensitive to the sexism and homophobia in the show.   It just goes to show that the zeitgeist moves on – I wonder what is acceptable today that will be unacceptable in ten years time. Without the certainty of the Word of God we will drift from one madness to another.

Abortion, Eminem and the Pope

Eminem’s latest hit ‘’River’ has an unusual story line – basically it is the regrets of a man who compels his partner to have an abortion – “I made you terminate my baby” he raps. Its great to have such a cultural icon go against the zeitgeist and recognize that the baby in the womb is not just a ‘fetus’ but also a child, another human being.

At the other end of the cultural scale the Pope, who officially denounces abortion, has contradicted his stance by bestoweing the title of Commander in the Pontifical Equestrian Order of St. Gregory the Great upon pro-abortion activist Lilianne Ploumen.   It beggars belief that the Pope would honour such a pro-abortion advocate who specifically goes not only against Catholic teaching but basic humanity. Why?  Cranmer as usual hits the target….

It was interesting to see my friend, Professor Iain Torrance, former moderator of the

Church of Scotland being awarded a knighthood in this years honours list. He is as deserving as any of the recipients but what intrigued me were the reasons given for his reward “ his service to the Church, theological education, interfaith dialogue, the British Army and work to combat homophobia.”   Iain was the convenor of the Church of Scotland committee set to look up into Same Sex Marriage. We all knew it was a complete stitch up, with about as much credibility as a government ‘consultation’, but it is good to have this confirmed by this award.

Maybe in order to get my knighthood I need a change of career? I could become the minister of diversity and inclusion for the Methodist Church in the UK.   I could double my salary and get lots of kudos from the cultural elites….but I suspect that the Methodist church is not ‘inclusive’ enough to include someone who actually believes the bible!

Brexit – One of the most interesting things about Brexit is the way that even those who complain about the lack of facts, selectively use facts.  Andrew Neil is one of the UK’s best journalists – he is balanced, intelligent and has a way of getting information out of people. Last week he made this observation:

The fact is that even respectable institutions such as The Bank Of England and the Economist (who have both recently been taken to task for this) are inclined to self-select facts according to their prejudices and political views.   Both are very pro-EU and therefore seem to delight in making the worst possible predictions about the effect of Brexit. So far every one of their predictions has been wrong. Sadly in adopting this stance, they are losing credibility. When The Financial Times accuses you of bias over a position they agree with- you are in trouble!

You would be as well speaking to taxi drivers to get a barometer of what is happening.   Last week I was with one such in Hampshire – he was happy to share his views (unsolicited!) “That Brexit – what a mess! Boris Johnson what a plonker! That EU – we need out of it – look at the way they are behaving.”

When I arrived back in Dundee my taxi driver was an Iranian who had lived in Scotland for over ten years. He was a pleasant reminder why, whatever happens, we need to keep our borders open for people, not just from the privileged EU, but from all over the world.

“I think those are very wrong who say that schoolboys should be encouraged to read the newspapers. Nearly all that a boy reads there in his teens will be known before he is twenty to have been false in emphasis and interpretation, if not in fact as well, and most of it will have lost all importance. Most of what he remembers he will therefore have to unlearn; and he will probably have acquired an incurable taste for vulgarity and sensationalism and the fatal habit of fluttering from paragraph to paragraph to learn how an actress has been divorced in California, a train derailed in France, and quadruplets born in New Zealand.” (from “The Complete C. S. Lewis Signature Classics” by C. S. Lewis)